The Top 10 Things to Do and See in Geneva, Switzerland 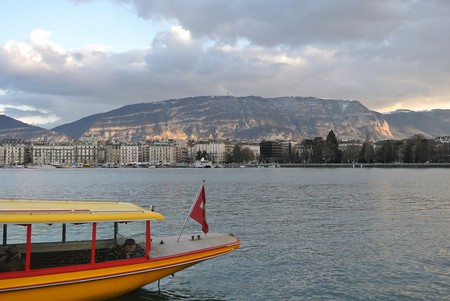 Wondering how to spend your time in Geneva? Take a look at our run down of the top ten things to see and do during your stay.

Lake Geneva, or Lac Léman as it is rightfully known, is one the biggest lakes in western Europe and a small snippet of it divides Geneva. In the summertime, the beaches of Geneva are full with sun bathers as the normally frigid water becomes a little more tolerable. Yachters, canoers and water skiers also take to the lake. Bring along your swimming gear in the summer and dive in. 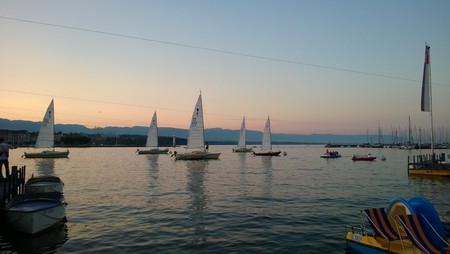 For some of the best and most accessible views of Geneva and the surrounding mountains, you should head to the top of the Salève. It dominates the skyline to the south and despite looking like a formidable challenge, it is quite an easy hike of no more than 1 to 2 hours. If you prefer a relaxed trip up the cliff side, you can also catch the chairlift (téléphérique) from Veyrier.

Geneva is home to many international organisations that shape the world we live in. The Palais des Nations is open to be explored on guided tours where you’ll learn about the history of the United Nations. While the International Red Cross and Red Crescent Museum is a harrowing walk through the atrocities that human beings are capable of, showcasing why organisations like the Red Cross are so important. Best place to start your exploration of Geneva’s international district is Place Des Nations, a large open square right in front of the gates of the UN building. 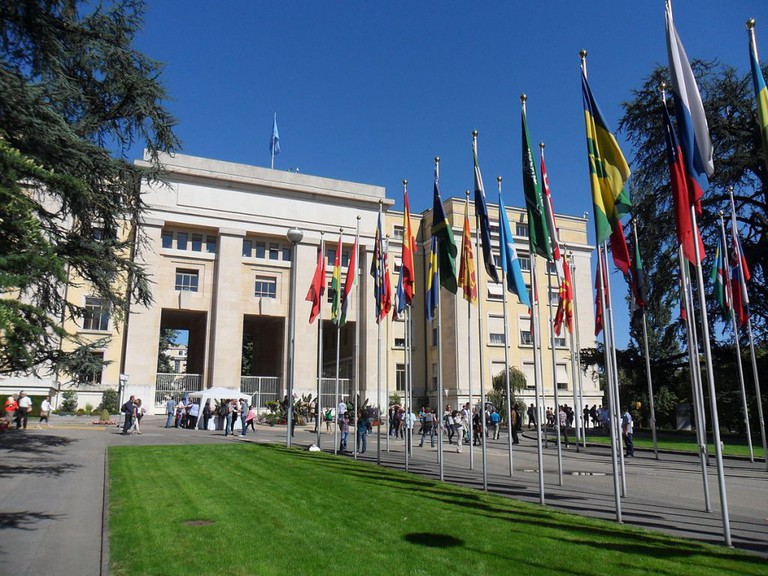 Discover the origin of everything at CERN

On the outskirts of Geneva you’ll find CERN and its 27-kilometre ring of superconducting magnets (much of the Large Hadron Collider actually circles into the French countryside). If you time your visit right (when the LHC isn’t switched on) you may get to step inside. But even if you don’t get the chance there is the Microcosm and the CERN Laboratory, where you can discover how the scientists working there are trying to crack the secrets of our universe.

Wonder at the Jet d’Eau

It is hard to miss the Jet d’Eau as it fires water from Lake Geneva 140 meters into the air. It apparently has its origins as a way to release excess pressure from a nearby hydraulic plant and now it’s the unmistakable symbol of the city. 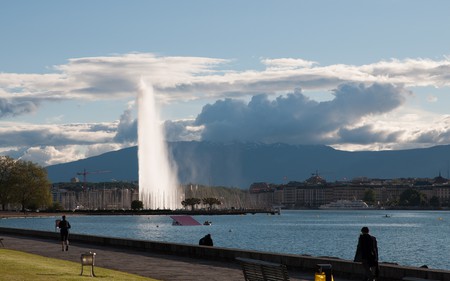 The Jet d'Eau, visible from most places in Geneva | © Faustino Garcia/ Flickr

Have a fondue at Bains des Pâquis

During the summer months, Bains des Pâquis is one of the most popular beaches in Switzerland. From September to April, the restaurant La Buvette de Bains serves fondue and the wafts of cheese as you enter are unmistakable, if not a little overpowering for the uninitiated. It may not be the best fondue around and it may be a little loud at times, but the Bains des Pâquis is one of the best places to eat with locals.

Geneva’s old town is a winding maze of little streets. The best place to start off is Place du Bourg-de-Four, which is the oldest place in Geneva and is now lined with cafés and boutique shops. From any of the streets leading of the Place you can explore the old town. Another must see is St. Pierre’s Cathedral which was built between the 12th and 13th centuries and is the place where John Calvin, the protestant reformer, famously preached.

Pick up a bargain at the local markets

On Wednesdays and Saturdays, Geneva’s Plainpalais square is transformed into a sprawling market place. Almost anything you can imagine is on sale here, from old war memorabilia, to sofas and crystal glasses. There’s also a fine food selection on offer. A little further out of town on the 18 tram line, there is a smaller but just as interesting market in Carouge, the Italian town of Geneva. Here you’ll find fresh produce that’ll be sure to make your mouth water. 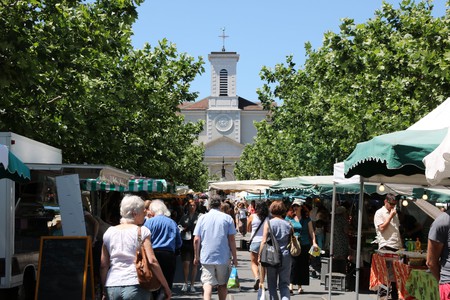 Designer brands, beautiful jewellery and world-class timepieces are all on offer in Geneva, which is a hub for high-end shopping. If you are looking to splurge or for an innocent window-shop, Rue du Rhone is where the biggest brands are found with Louis Vuitton, Omega and Prada, which are just a few of the well-known stores found there. A street up on Rue de la Croix d’Or are where you’ll find the more affordable, yet still expensive shops and department stores like Globus, inside of which there is a fantastic food court with plenty of variety. For an alternative shopping experience, head to the boutique lined streets of Carouge.

Take to the Italian side of town

Carouge was constructed in the 18th century by Italian architects and originally it was a separate town. To this day it still feels and looks different from the rest of the city, with the influence of the Mediterranean being far more stronger in both the architecture and the atmosphere. There are shops to explore, bars and cafés to relax in and a totally different side of Geneva to be experienced.