The Swiss Environmental Activist Who Disappeared in Malaysia 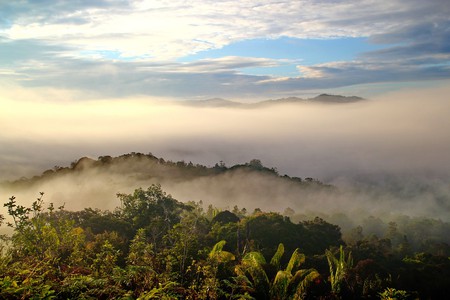 Bruno Manser disappeared in May 2000 in the forests of Sarawak, on the Malaysian part of the island of Borneo. He had long been a vocal advocate for the Penan people, who he lived them from 1984 until 1990, adopting their language and parts of their culture. After several search expeditions ended in failure, Manser was declared dead in 2005.

Manser was born in Basel in 1954. From early on he had caused dissent, spending time in prison for refusing military service on account of his non-violent beliefs. After his time was served, he took to the mountains and lived and worked as a cow-herder, often with his brother not far behind.

At the age of 30 he went to Borneo, seeking a new adventure and it was there in 1984 that he heard of the Penan, one of the last nomadic tribes that lived in the world’s rainforest. He went out in search of them, looking for “the people who are still living close to their nature”, as he wrote. But his first venture ended in sickness and failure, the rainforest proving no easy feat, even for a mountain hardened person such as Manser. 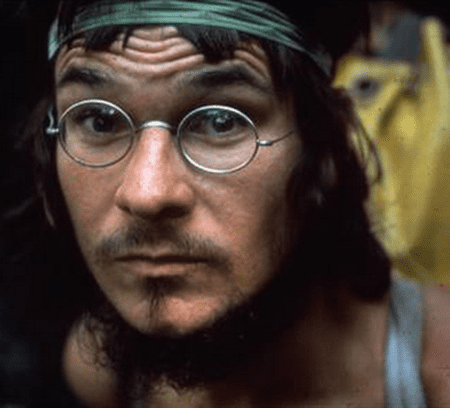 When he eventually did find the Penan people, and after they accepted him, he began to learn how they lived in the jungle and dressed, hunted and ate like them. While foraging in the forest, he was also bitten by a venomous red-tailed pit viper on the leg, but survived the horrendous ordeal after luckily receiving antibiotics in time. But he also witnessed the threat that deforestation and illegal logging posed to the lives of these people. Outraged, he and the Penan organised peaceful blockades of logging roads in an effort to stop the rampant destruction.

After leaving the forest in 1990 and returning to Switzerland, Manser continued to rally support for the Penan people, founding the Bruno Manser Fund and published a book called “Voices from the Rainforest”, which included many histories of people he had met. In 1993, Manser began a 60-day hunger strike in front of the Swiss federal building in Bern to call for a ban on wood from tropical rainforests.

Over the following years, he continued to campaign and earned himself a name in Switzerland and around the world, but the Bruno Manser Fund today notes that there “were no real measurable successes in Sarawak itself.” The trees kept failing at an incredible rate. Today it’s estimated that only 10 percent of Sarawak’s original forest remains.

During his time in Switzerland, he frequently flew back to Sarawak and spent time with the Penan. But in May 2000, he set off into the forest on his own towards the Batu Lawi, a twin peak in Sarawa and never returned. What happened to him is not known and probably never will be. 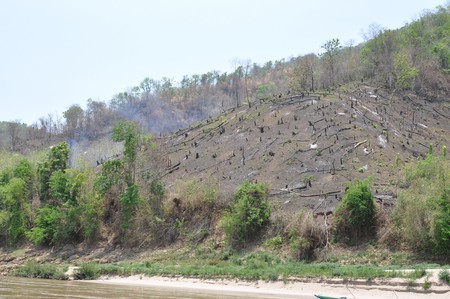 During his lifetime, Manser helped raise awareness of tropical deforestation around the globe | © shankar s/ Flickr
Give us feedback