The Story Behind Toblerone's Distinctive Pyramids 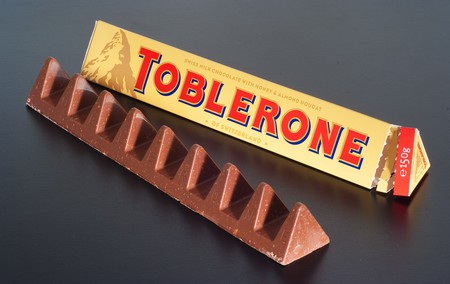 Toblerone first came into the world in 1908 | © Ashley Pomeroy/ Wikicommons

Toblerone’s famous pyramid-shaped chocolate bars are loved the world over. The chocolate bar’s distinctive shape has been so successful it’s been unashamedly pilfered by its rivals.

The story begins with Jean Tobler, a chocolatier based in Bern. He first opened his own confectionery shop in 1868 and, business was so good, he was able to open up his own chocolate factory in Bern in 1899. One year later, the elderly Jean passed on the reins of the family business to Theodor, his son.

Only eight years later and Theodor’s tinkering with different recipes and designs bore a glorious result. Mixing chocolate, honey, nougat and almonds, and setting it in a distinctive triangular shape, Tobler gave life to the Toblerone – a name that mixes Tobler and torrone, which is Italian for ‘nougat’.

Legend has it that the majestic Matterhorn, Switzerland’s most famous mountain peak, inspired the Toblers to fashion their chocolate this way. According to other sources, however, principally Tobler’s own sons, the inspiration was a little more human. They say that, in fact, it was a show at the Folies Bergère – a music hall in Paris, where frilly-dressed dancers formed a giant, human triangle for the final spectacle – that apparently impressed young Tobler immensely. 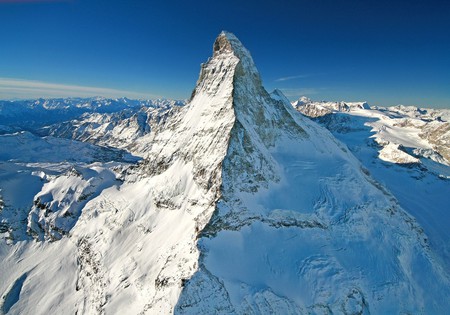 Some see a mountain in the Matterhorn, others might see a giant block of snow-covered chocolate | Julius_Silver/ Pixabay

Whatever the case, Tobler’s instantly recognisable chocolate took the world by storm. Years later, Toblerone launched its dark and white chocolate range and, ten years ago, they brought us a fruit-and-nut Toblerone bar.

Toberlone has now become a byword, dubbing structures across the world. In Switzerland, a series of concrete, anti-tank defenses that line its western border has been dubbed The Toblerone Line. There is also a Toblerone Building in Belgrade, Serbia, and Toblerone-shaped’ student accommodation at the University of Manchester.

Toblerone has also been in the news for all the wrong reasons. One bar caused the demise of an unfortunate Swedish politician, who was caught purchasing the chocolate using taxpayers’ money. The incident has been inscribed in Swedish history as the ‘Toblerone affair.’ Mondelez International, the American company that makes the bars, was heavily also criticised a few years back for altering the design and reducing the number of triangles in the distinctive bars to reduce their weight. Naturally, chocolate fans felt cheated. 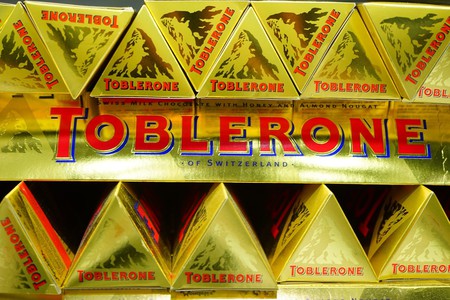 We can only imagine that the Toblers would be incredibly pleased to see that their oddly shaped chocolate bar has seeped so deeply into the world’s psyche – to the point that some of us don’t see triangles or pyramids, rather we see giant concrete, metal or wooden Toblerones.