The Most Impressive Buildings in Zurich

Glass and the sky merge at Zurich's Prime Tower |© Bill/ Flickr
Historical buildings and modern builds come together in Zurich, a city that is always stepping forward and pushing the boundaries of design while remembering its past. Discover some of the city’s architecture, which combines the best of both worlds—the old and the new.

The 126-metre Prime Tower was Switzerland’s tallest skyscraper for about four years until it was ousted by the Roche Tower in Basel. It stands over the former industrial centre of Zurich West. With mirrored panels that reflect the mood of the sky, it is an unmistakeable sight. Inside is a mixture of shops, office space and a few restaurants, one of which is fittingly called Clouds.

Church
A historic image of Fraumünster church | Public Domain/ WikiCommons
One of the main landmarks in Zurich is Fraumünster Church with its green steeple. In the 1970s, Marc Chagall created a five-piece series of stained-glass windows for the church, each measuring 9 metres, that line the chancel and depict stories from Christian lore.
More Info
Open In Google Maps
2 Münsterhof, Zürich, Zürich, 8001, Switzerland
+41442212063
View menu
Visit website
Visit Facebook page
Send an Email
Give us feedback

Created by Camenzind Evolution Ltd., this one-of-a-kind, spiral-concept building takes modern office space to the extreme. You’ll find Cocoon, a mass of metal sitting among green trees, in the Seefeld district. On the inside, a gently sloping ramp follows the spiral design, which makes for a trippy look up. 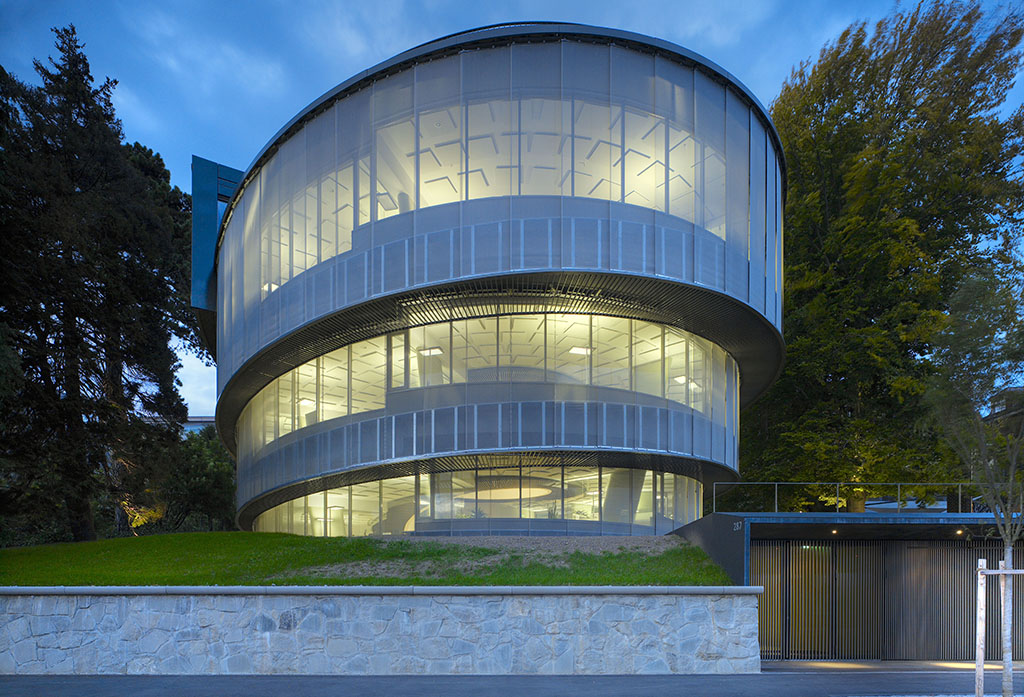 Church
Grossmünster | © Roland zh/WikiCommons
Grossmünster’s Romanesque style and imposing towers make it an unmissable and memorable sight in the city’s old town. This historic building is where the Protestant Reformation began in Switzerland, and it is listed as a place of national significance by the Swiss government.
More Info
Open In Google Maps
Grossmünsterplatz, Zürich, Zürich, 8001, Switzerland
+41442525949
View menu
Visit website
Visit Facebook page
Send an Email
Give us feedback

Church
Dating back to the 9th century, St. Peters is Zurich’s oldest parish church. Its most striking aspects are the huge 8.64-metre clock faces on each side of the church tower, which are the largest in Europe, and make it considerably easier to tell the time throughout the city.
Save
More Info
Open In Google Maps
1 Sankt Peterhofstatt, Zürich, Zürich, 8001, Switzerland
+41442116057
View menu
Visit website
Visit Facebook page
Send an Email
Give us feedback
Give us feedback