The Most Impressive Buildings in Geneva 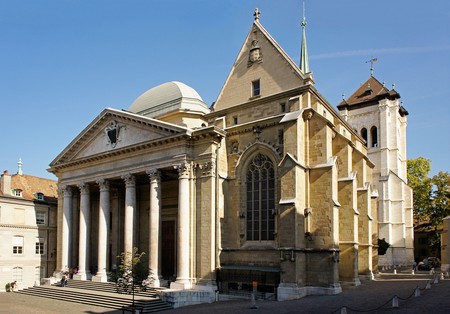 From the historical significance of the Palais Des Nations, to the rather odd Smurf Houses, discover the most impressive buildings that you should visit on a walking tour of Geneva.

In the Quartier de Grottes, you’ll find something a little odd – an apartment block affectionately known as “the Smurf Houses”. The buildings were designed by Swiss architects Christian Hunziger, Robert Frei and Georges Berthoud and were built between 1982 and 1984. With its elaborately designed balconies, vibrant colours and a distinct lack of right angles and straight lines, the Smurf Houses aren’t for everyone, but they are worth a visit. 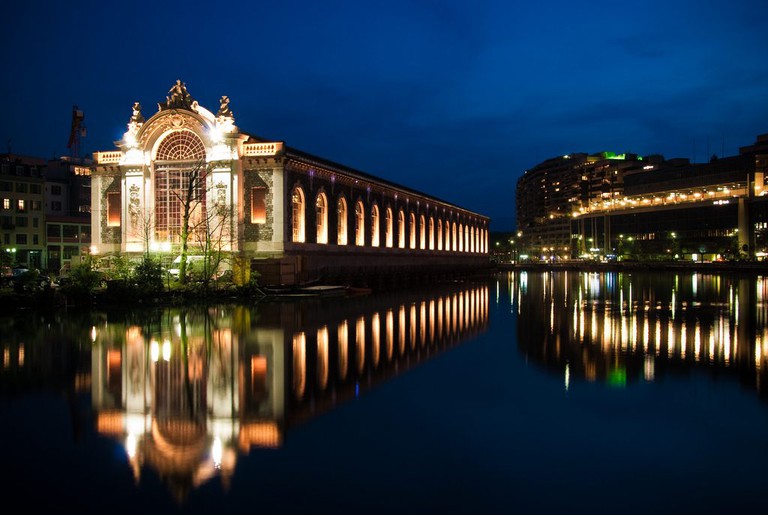 Building, Cathedral, Church, Museum
Facebook
Email
Twitter
Pinterest
Copy link
Share
Map View
Between 1536 and 1564, the St. Pierre Cathedral was the chosen church of John Calvin, one of the leaders of the Protestant Reformation. Calvin preached in the Church and used Geneva as his seat to promote the Reformation across Europe. His seat still remains in its original place in the north aisle. Begun in 1160, the building itself started out in a Romanesque style, before it was finished over 100 years later in the Gothic style. It is particularly beautiful at dusk when the Cathedral’s columns are lit up.
Open In Google Maps
Cour de Saint-Pierre, Genève, Genève, 1204, Switzerland
+41223117575
Visit Website
Give us feedback

The Ariana Museum houses a 20,000 strong collection of ceramics and glass from Switzerland, Europe and Eastern countries. The building is a blend of neo-classical and neo-baroque features and was built by art collector Gustave Revilliod, who named the building after his mother. 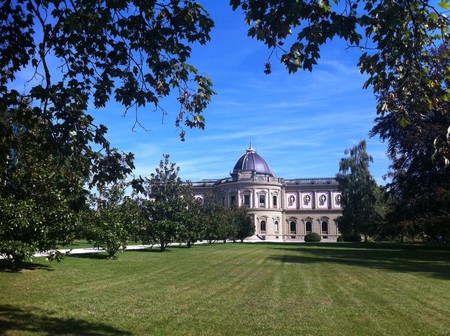 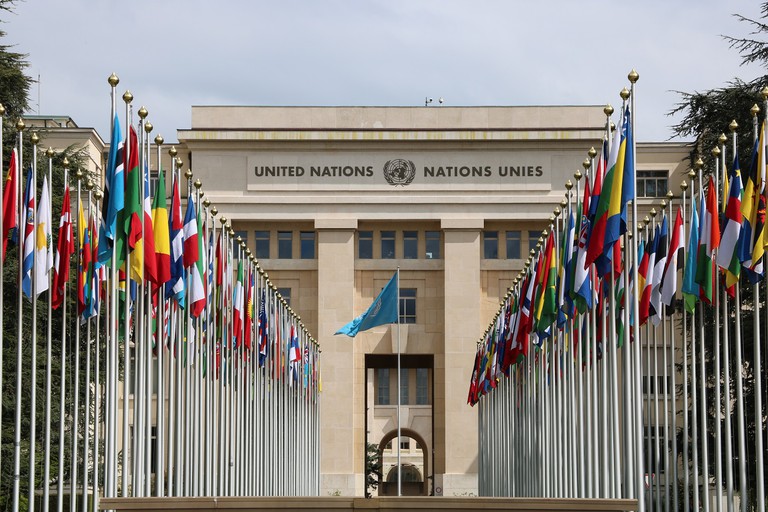 Palace of Nations, Genève | © Sean Mowbray
It may look like something taken from Orwell’s brain circa 1984, but the Palais Des Nations is impressive nonetheless. In 1929 a competition was opened to design the Palais, which was to be the seat of the League of Nations. A total of 377 submissions were received and foreshadowing the future difficulties of the organisation that now dwells there, there was a disagreement over the winner. It was decided that the five best architects would collaborate and they gave us the building and much of the grounds that we can still see today. It became the home of the United Nations in Geneva in 1946 at the end of the Second World War. It’s possible to have tours of the UN building and one of the more impressive rooms is the UN Human Rights Council Chamber, which received a $20 million make-over in 2008 and was painted by Spanish artist Miquel Barceló.
Open In Google Maps
Geneva, Geneva, 1211, Switzerland
+41229171234
Visit Website
Give us feedback
Give us feedback