The Most Impressive Buildings in Basel, Switzerland

Roche Tower aka Building 1 | © Christian Allinger / Flickr
Basel, Switzerland’s third largest city, has a rich historical past and is also home to many wealthy pharmaceutical companies, making it a hot spot for interesting architecture. Here are the most impressive buildings that you should look out for.

At 178 metres high, the Roche Tower is the tallest building in Switzerland. It was completed in September 2015 and overtook Zurich’s Prime Tower which stands at 126 metres. The building cost 550 million Swiss Francs to build and was funded the Roche, the pharmaceutical giant that has its headquarters in Switzerland. The sky-scraping building is rather flatly called “Building 1”, which admittedly is a less impressive feat of creativity.

Building, Library, Museum
Goetheanum, Dornach | © Rosmarie Voegtli/ Flickr
The Goetheanum stands 10 kilometres outside of Basel in nearby Dornach. It was built for the Anthroposophical Society, a group whose aim is “to nurture the life of the soul”. Inside its bizarre shape is enough space for two performance halls, a library and left over space for the Society members to go about their daily work. Visitors are welcome.
More Info
Open In Google Maps
45 Rüttiweg, Dornach, Solothurn, 4143, Switzerland
+41617064242
View menu
Visit website
Visit Facebook page
Send an Email
Give us feedback

Basel’s Markthalle isn’t just a great place to eat, it’s also a cool piece of architecture in its own right. From the outside it looks a little run down but inside, you can marvel at the massive dome with a glass covered oculus in the centre, while scoffing on some good food. 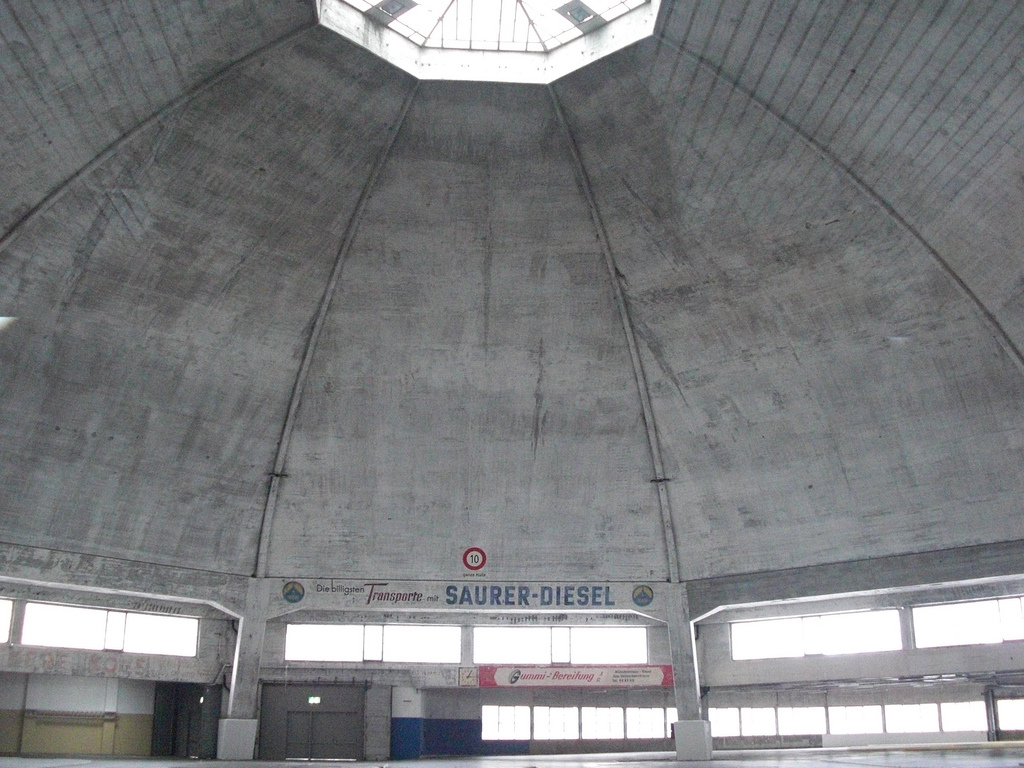 Home to another pharmaceutical giant, the Novartis Campus is an impressive, if not slightly overwhelming blend of curving metal and reflective glass designed by Italian architect Vittorio Magnago Lampugnani. Unfortunately, the site is closed to the public, but you can still admire it from the outside.

Cathedral
Basel Minster | © Fred Romero/ Flickr
It is hard to miss Basel Minster. The red Cathedral’s twin towers dominates the inner city’s skyline. The building was started around 1019 and continually added to until it was completed around the 1500s, resulting in a blend of Romanesque and Gothic styles.
More Info
Open In Google Maps
Basel, Basel City, 4051, Switzerland
View menu
Visit website
Visit Facebook page
Send an Email
Give us feedback

The Museum Tinguely is one of Basel’s top art museums dedicated to the works of Jean Tinguely. Fittingly, it’s housed in an rather interesting building. The design was thought up by Mario Botta and completed in 1996.