The Most Breathtaking Mountain Views in Switzerland 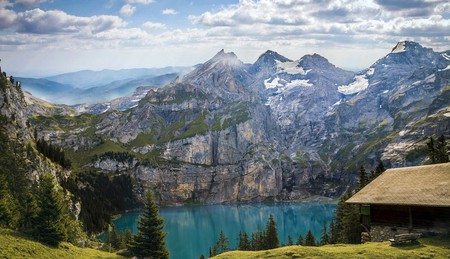 For such a small country, Switzerland is blessed with some spectacular scenery that is certain to take your breath away time and again. Here are the views which will leave you awe-struck while fumbling for your camera.

Eiger, in the Bernese Alps, is a fearsome mountain. Its north face, first climbed in 1938, has claimed the lives of many climbers over the years, earning it the name Mordwand, or murderous wall. Whether you hope to summit the mountain or just stand in awe at its near-4,000 metre height, it’s sure to take your breath away. 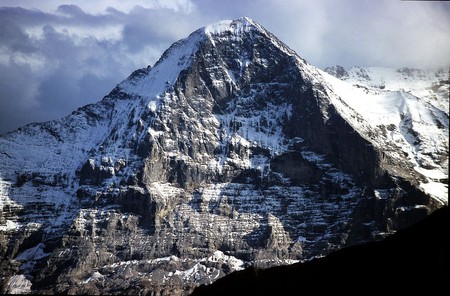 The infamous north face of the Eiger | © terra3/ WikiCommons

The Great Aletsch Glacier in the Bernese Alps is testament to the power of nature. This gigantic glacier stretches over 23 kilometre and dates back to the last ice age. It’s the biggest glacier in both the Alps and all of Switzerland. From the best viewpoints, the glacier snakes down its eroded valley with the two peaks of Bettmerhorn and Eggishorn looming over it. 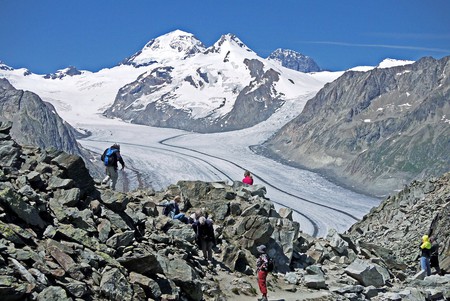 The Breithorn is accessible via the popular ski resort of Zermatt. Its summit is crested by the heavy load of a glacier, making it look from certain angles as though its covered in molten ice cream that is running down its sides. For the best views of the Breithorn, head to the Matterhorn Glacier Paradise, a starting point for would-be climbers of the peak. 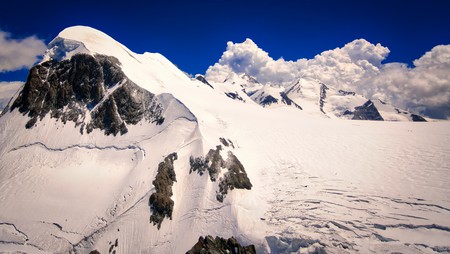 It doesn’t get much more breath-taking than the Matterhorn, the jagged tooth-like mountain that sits on the Swiss-Italian border. From any way you look at it, the mountain is simply stunning. If you travel to any one of the numerous lakes in the surrounding area, you may well catch the Matterhorn reflecting of their still waters. 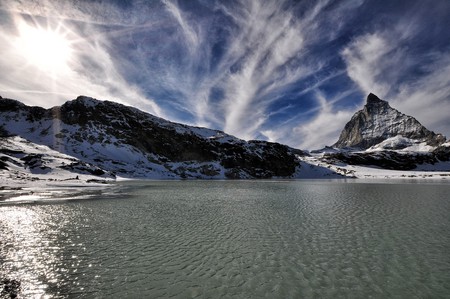 Newly opened in 2017, the Charles Kuonen Bridge is the longest pedestrian suspension bridge in the world. Braving the 494-metre crossing comes with spectacular views of the Alps all around, including the world-famous Matterhorn, while hanging in the middle of a valley 80 metre from the ground. This one is definitely breathtaking.

The world’s longest pedestrian suspension bridge has just opened in Zermatt🇨🇭 494m long – 85m up in the air! The bridge walk offers views of Matterhorn, Weisshorn and Bernese Alps. Who is up for a bridge walk?🙈🙋 📷unknown

This mountain massif has around 10 peaks (methods of counting differ on the actual number) and is home to Dufourspitze, Switzerland’s highest peak at a staggering 4,634 metres and lies partly in neighbouring Italy. 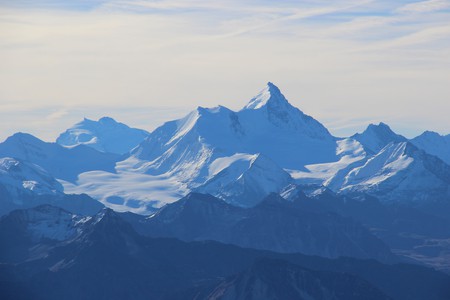 The view from the Bachalpsee

The Bachalpsee is a lake near the charming village of Grindelwald in the Bernese Oberland. From its vantage point, you are treated to one of the most spectacular views in all of Switzerland with the distant mountains reflected off of the lake. 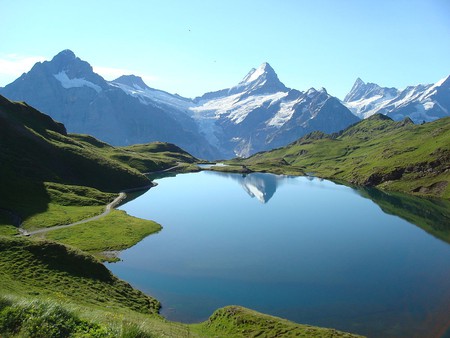 Contrary to what its name suggests the almost pyramidal “White Tooth” mountain is mostly snow and ice-free. At 4,357 metres, it’s one of the highest peaks in the Alps. It’s also home to the highest Swiss Alpine Club hut at 3,507 metres, but to get there requires a vertical climb of 1,700 metres. Just thinking of such a feat makes one breathless. 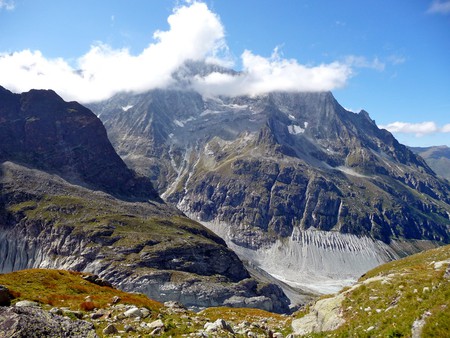