The Coolest Neighbourhoods in Geneva, Switzerland 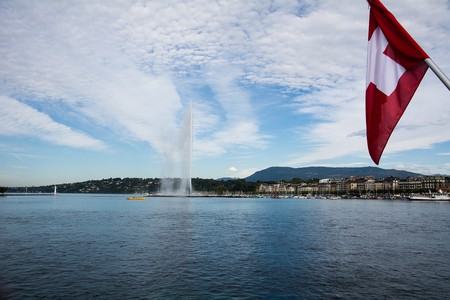 Geneva isn’t a massive city, it feels more like a large town at times. But dissected by the Rhône and Arve rivers, and with its history as a cultural melting pot, many of its neighbourhoods have a unique and independent feel, ensuring that there are plenty of cool hang-outs to be found.

The “low-streets” are the place to go for shopping in Geneva. Stretching from Bel-Air to Rive at the foot of the old town are the city’s two main shopping streets: Rue du Rhone and Rue de la Croix d’Or. High-end brands, designer boutiques and jewellery shops are ubiquitous, but don’t expect to find many bargains.

Past the swanky shopping streets on Rue du Rhone and Rue de la Croix d’Or and ascending towards the St. Pierre Cathedral, you enter into the old town of Geneva. It’s one of the best places for a stroll in Geneva as you’re confronted with winding streets and stumble upon art galleries, antique bookshops, bars, cafés and restaurants. A must-visit and a great place to start your exploration of the old town is Place du Bourg-de-Four, the oldest square in Geneva. 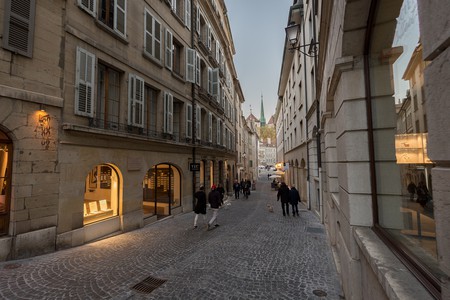 Carouge looks and feels different from Geneva. Originally it was built as a separate town and was in fact designed by Italian architects on the outskirts of Geneva, it has been enclosed by the city but has kept much of its unique Mediterranean charm. In the streets of Carouge’s old town, you’ll find shops reflecting the bohemian style that it’s taken on. Tailors, boutiques, artisanal shops, hip bars and cafés are found everywhere. On Wednesdays and Saturdays, the market comes to town at the Place du Marché where you can pick up everything from wine, cheese, bread, fruit and veg. 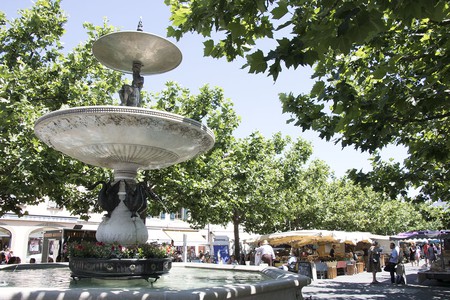 Pâquis is a lively and diverse neighbourhood near Gare Cornavin in the city centre. Despite its relatively small size, there are plenty of bars, cafés and good restaurants, with many of the best foreign food outlets centred here featuring cuisine from all corners of the globe. Paquis is also the city’s main red light district (prostitution is legal in Switzerland) and a local hub for drug dealers, so keep that in mind when touring the area at night. 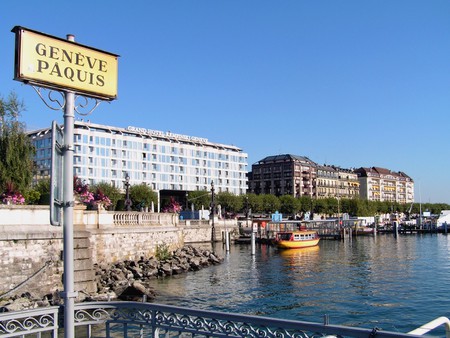 Plainpalais is centred around a huge open square that is home to Geneva’s largest flea market and regularly hosts the circus when it comes to town. Many of the University of Geneva’s buildings are a stone’s throw away and so the bars, cafés and restaurants are often packed with Mac wielding students. Not surprisingly, many of the cheapest bars in Geneva are found in Plainpalais, particularly on Rue de l’Ecole de Médecine (or EDM for short), which is a popular haunt for the Genevois and expat youth alike.

Not many neighbourhoods can say they have a 140 metre high fountain, but that’s exactly what Eaux-vives has, as it’s where you’ll find the infamous Jet d’Eau. When you wander through Eaux-vives, you may well feel like you are in a city at the turn of the 20th century. Here there are old style cinemas, boutiques, thrift shops and a distinctly bohemian feel that even stands out from Carouge. The sprawling Parc de la Grange, Geneva’s largest park, is in Eaux-vives, giving an additional green touch to its charm.