The 8 Best Festivals in Switzerland 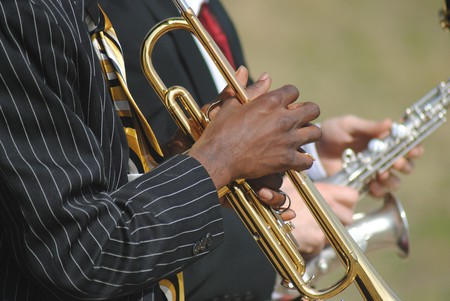 Explore some of the best festivals that Switzerland has to offer, from high-tempo rock & roll, jazz, and blues to the more relaxed sight of hot-air balloons drifting over the Alps. In this diverse music community, there is a bit of something for everyone.

Paléo, Switzerland’s largest open-air festival, started out in 1976 as a small two-stage folk festival. Now it hosts 230,000 visitors who are treated to over 250 concerts and shows spread out over six days. Over the years, Paléo has attracted plenty of big names including Tracy Chapman, the Red Hot Chili Peppers, James Brown and Oasis to name but a few. Be aware that tickets for the event sell out extremely fast.

When, where? Third week of July, Nyon

Switzerland’s biggest carnival, Basler Fasnacht, takes place in Basel. You’ll have to get up early to catch the start as masked pipers and drummers walk through the city’s old town at the incredibly fresh hour of four o’clock in the morning. This early start sets the tone, and over the next three days Basel’s streets are invaded by masked musicians and torch-bearers who march with onlookers in tow.

When, where? Monday after Ash Wednesday, Basel 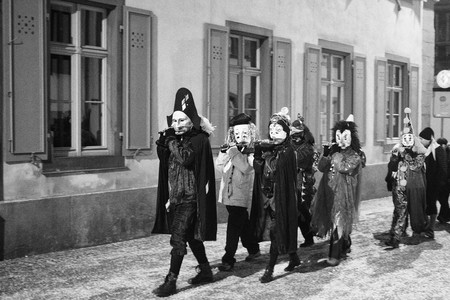 For two weeks at the beginning of July, Montreux hosts Europe’s biggest jazz festival. Bringing together the famous faces of the jazz and blues world, as well as up and coming artists, it’s truly an event not to be missed. As well as the ticketed events, there are plenty of free shows on throughout the festival. The setting couldn’t be better either. Make sure to add the Montreux Jazz Festival to your must-see list.

When, where? Early July, Montreux

In January each year, hot air balloon pilots from around the world converge on Château-d’Oex for a nine day celebration featuring balloons of almost every colour. Not to be missed is the “night-glow” when all the balloons are lit up by the flames of their burners. 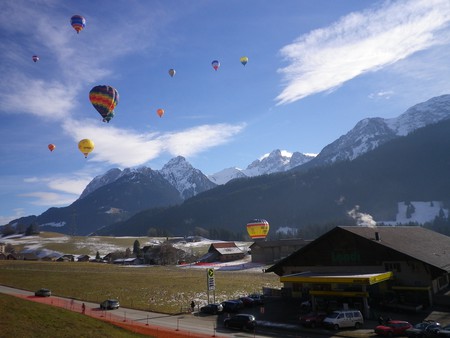 If you prefer your festivals with a little more horsepower, the Geneva International Motor Show is for you. Geneva’s motor show has been called the ‘world’s best catwalk for cars’ by Car Magazine and that tells you all you need to know; there’s plenty of glitz as some of the world’s biggest car makers unveil their new motors for the first time at the show.

When, where? Mid-March, Palexpo Arena, Geneva

Every year, Geneva celebrates the defeat of the French House of Savoy in 1602 with the Fête de L’Escalade. A five-mile run through the city’s old town kicks off the celebrations and through the week you can crack open traditional chocolate ‘marmite’ cauldrons and watch as armour-donned Genevois re-enact the famous victory.

When, where? December, Geneva

Every year, nearly 40 chocolatiers — including big names such as Favarger — flock to Versoix, a short trip outside of Geneva, for Festichoc. Free samplings are of course on offer, including several chocolate fountains, and it’s possible to buy plenty of high quality chocolate from the local area. Chocolate sculptures are also on show and will really set your tastebuds on edge.

A bit more off-beat than the rest is Gauklerfest, a gathering of street performers from around the world in the streets of Interlaken. Theatrical is the word of choice for this three day festival and you’ll see jugglers, comedians, contortionists and all-round performers all showing off their skills. You’ll laugh, you’ll be amazed and you’ll be sure to have a great time at this unique open-air festival.

When, where? July, Interlaken 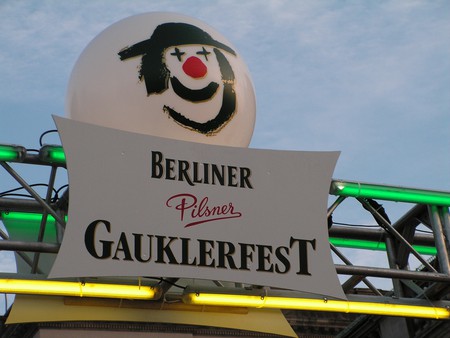