The Five Best Films About the Alps

The Alps, the highest and most extensive mountain range in Europe that stretches across eight countries, is a major attraction not only for skiing enthusiasts but also for passionate mountaineers. The range contains about a hundred peaks higher than 4,000 meters, the highest of which is Mont Blanc. Check out these five films you should see to get to know the Alps and the challenges faced by those trying to conquer them. 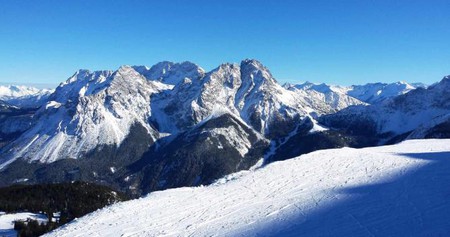 This documentary film presents the intense and emotional expedition of John Harlin III, who, after his father’s death on the same mountain, ascends the infamous north face of the Eiger in the Bernese Alps, Switzerland. His father, John Harlin, died trying to climb the peak, a sheer wall of rock and ice, 40 years earlier. The film was directed by Harlin himself and portrays his and his family’s journey to reconciliation with the past as well as the ascension up one of Europe’s most challenging summits. In short this one is worth watching not only for the story but also for the incredible beauty of the Alps, displayed in captivating shots of charming mountain villages and Swiss vistas.

This film is a true symphony of the beauty, grandeur and peacefulness of the Alps, and is a great relaxing watch. It is quite exceptional amongst many other films about mountains, since it consists nearly exclusively of aerial shots with incredible close-ups and panoramic images. The film traces the history and the geography of the Alps and displays a raw and imposing, high-definition views of this European wonder.

Another film featuring the side of the Eiger mountain which is often called the “Murder Wall”, North Face is an adventure film based on a true story. The narrative follows two German climbers who begin their ascent in 1936 prompted by contemporary Nazi propaganda. Their struggle for glory is followed by an overpowering suspense that will keep viewers on the edge of their seats the whole time, as the two main characters try to overcome the stark forces of nature coalescing around this Swiss peak.

This documentary is a personal project of Kilian Jornet, an exceptional sportsman who set out to break records while climbing some of the world’s highest summits with a group of friends. He describes his climbing philosophy in these words: “It’s not about being the fastest, the strongest or the biggest. It’s about being ourselves…We don’t know if we’ll find it, but we’re going in search of happiness”. Kilian’s adventures while running, climbing and skiing over the snowy peaks of the Alps along with his amazing skills and athleticism are recorded in this film about a man’s search for happiness in nature.

This American drama starring Robert Redford is based on the novel by Oakley Hall and narrates the story of a talented downhill skier who joins the United States team in order to compete in international skiing competitions in Europe. The film was shot in various locations in the Austrian, Swiss and French Alps. It tells the story of Redford’s character’s way to success, his failed attempts at love, and the struggle to get on with his coach (played by Gene Hackman) and team mates. A renowned film critic, Roger Ebert, called it “the best movie ever made about sports – without really being about sports at all”.