The 13 Most Important Historical Sites in Switzerland 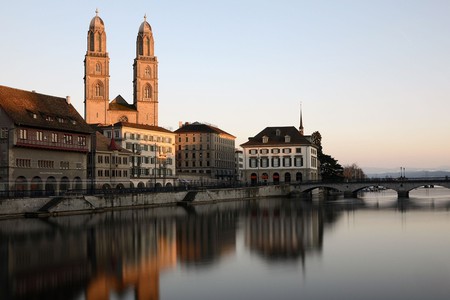 Switzerland has a fascinating and rich history. At these 13 historical sites, you can trace the story of Switzerland and its inhabitants from the Neolithic period through to antiquity and the modern age.

The Chateau de Chillon perches on its rocky outcrop looking out on to Lac Léman. It’s Switzerland’s most visited historical site thanks in no small part to its beautiful setting. The castle’s history has been shaped by some of the most influential moments in Swiss history, changing hands at pivotal moments due to its strategic position. 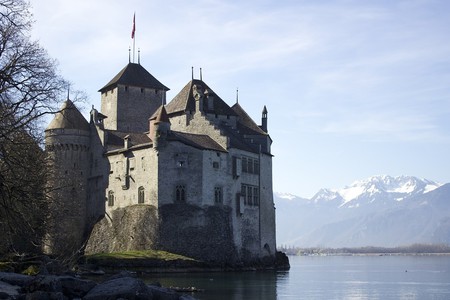 The Grossmünster is arguably the most important church in Switzerland. Aside from its mythical origins, (Charlemagne’s horse is said to have tripped over the tomb of Zurich’s patron saints) the church is where the Protestant reformation in Switzerland began, a momentous moment that rocked the entire country and shaped it for years to come.

Discover how the Romans lived at Augusta Raurica, home to the best-preserved theatre in the northern Alps. The colony is said to date back to around 44BC when it was founded by Lucius Munatius Plancus at the time when Julius Caesar met his untimely end. Every year a Roman festival is held at the site. 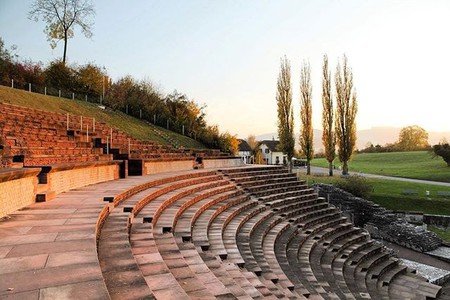 The old capital of the Rome’s Swiss colony, which at its height was home to 20,000 people, now goes by the name of Avanches. In what was once a bustling commercial centre, you’ll now find a well-preserved amphitheatre, ruins of the old temple complex, Roman baths and a museum showcasing some of the intriguing finds from the surrounding area.

Geneva’s cathedral has an illustrious 850-year-old history and was where John Calvin choose to preach. During his life in Geneva, Calvin led the reform of both the city and its church establishment, preaching over 2,000 times within its walls. Today, his favoured seat still sits within the cathedral.

The famous genius lived in Bern for two years between 1903 and 1905. It was within this house’s walls that he devised his Theory of Relativity. The house has been renovated to look and feel as it did during Einstein’s few years there and is open to the public.

The town of Glarus is where Anna Göldi, the last woman executed for witchcraft, met her end. Göldi was accused of witchcraft by her employer and confessed after torture. She recanted but was executed anyway. A new museum has recently opened near Glarus dedicated to Göldi’s story.

The Palais des Nations, one of Geneva’s must-visits, dates back to 1929 when the first foundation stone was laid. The city was chosen as the seat for the League of Nations, the international organisation that preceded the United Nations. Today, high-level meetings still take place and some of the world’s biggest problems are discussed at length within the building’s walls.

Also known as ‘Fossil Mountain’, the Monte San Giorgio near Lugano, in the canton of Ticino is home to the best preserved fossils that date back 230 million years to the Triassic period. At the fantastic museum in the village of Meride, visitors can admire all manner of creatures and imagine them roaming the beautiful landscape.

The Lion of Lucerne

Few monuments speak of such national anguish as the Lion of Lucerne. The Lion lies sprawled over spear and shield in its death throes, a memory of the death of hundreds of Swiss soldiers that were killed during the French Revolution of 1792. 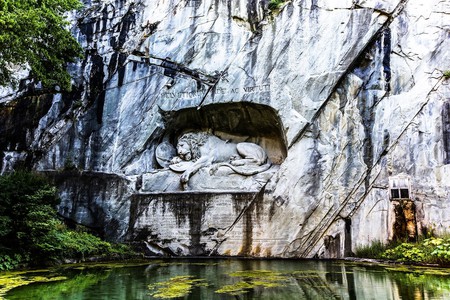 Wine connoisseurs would argue that this is the only site that matters. Stretching for 30 kilometres, these picturesque vineyards date back to the 11th century. Some alcohological evidence has been found that suggests that the Romans also took advantage of the stretch of land to grow wine.

There are 56 sites scattered across the Swiss Alps that show how people lived way back during the Neolithic and Bronze ages. Houses were built up on piles near marshes, rather than on the water where reconstructions appear.

With an incline that is sharper than the more famous Leaning Tower of Pisa, St. Moritz’s very own slanting monument is a sight to behold. While the tower dates back to the 16th century, the rest of the Church of St Mauritius was destroyed in the 19th century, leaving the tower as the last monument standing.