The 10 Best Bars In Lucerne, Switzerland

Chapel Bridge | © Dennis Jarvis /Flickr
Although it sometimes appears to live in the shadow of its larger neighbor, Zurich, Lucerne is no wallflower of a city when it comes to nightlife. We pick 10 bars that showcase the diversity and quality of nights out in Lucerne.

These two bars, operating under the same roof, have very different personalities, as their names (“the white sheep” and “the black sheep”, respectively) suggest. Das Weisse Schaf is where Lucerne’s young, professional crowd go for a night out. The decor is stylish and contemporary, with a few eclectic touches, like a painting of a humanoid sheep in 19th-century clothing. The mood is relaxing and the huge cocktail menu perfect for long conversations with friends. Das Schwarze Schaf, on the other hand, is the more flamboyant, wilder twin, with huge crystal chandeliers and mesmerizing patterns projected onto the walls around its dance floor. 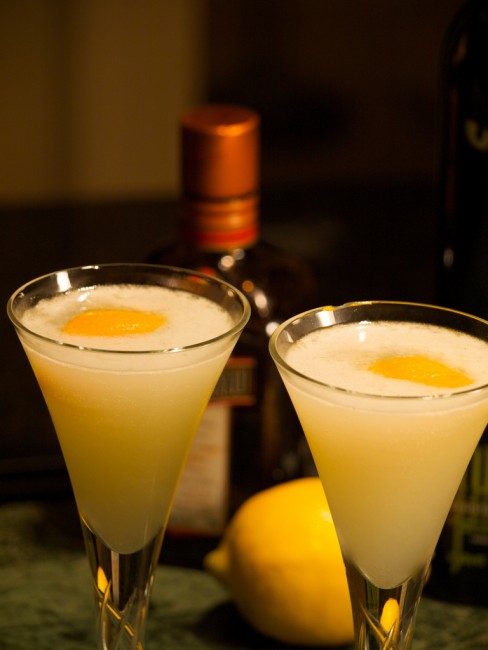 Bar, Beer, Wine, Cocktails, Pub Grub, Swiss, $$$
Housed in a converted adult cinema, La Madeleine is favorite haunt of Lucerne’s artists and musicians. The neon pink and purple lighting hints at the building’s past, but today the entertainment on offer is more highbrow. La Madeleine is a combination of bar and theater, hosting alternative music performances, workshops and a regular rotation of DJs. The drinks menu includes a decent selection of beer, wine, and spirits, but the real draw is the atmosphere and great music. Every Wednesday is Salsa Picante night at La Madeleine, and resident DJ Theo always has a great playlist of Latin and African hits to get you dancing.
More Info
Open In Google Maps
15 Baselstrasse, Luzern, Luzern, 6003, Switzerland
+41412405278
Visit website

Hotel
Montana Hotel | © Tracey Hind /Flickr
Named after Louis Armstrong, this Art Deco-style bar in the Montana Hotel offers live jazz on Tuesdays and Saturdays, and a weekly jam session on Thursdays. The pride of the bar is its collection of more than 130 scotch whiskies. Serious whisky enthusiasts can even purchase a Whisky Pass, a passport-shaped document that is the ticket to a whisky degustation session. Right next door is the Hemingway Rum Lounge, a cigar bar that, inspired by Ernest Hemingway, offers more than 60 varieties of rum.
More Info
Open In Google Maps
22 Adligenswilerstrasse, Luzern, Luzern, 6006, Switzerland
+41414190000
Visit website

Bar, Beer, Wine, Cocktails, Pub Grub, Swiss, $$$
Flammkuchen | © Moritz Barcelona /Flickr
A laid-back vibe, more than 150 spirits and live soccer games make Bar Capitol the perfect place for a relaxing night out with friends. For major sporting events, a section of stadium style seats is set up so fans can enjoy their beers with a clear view of the screen. The usual bar snacks are available, plus some other items unique to the region, like flammkuchen (basically tarte flambée) and schnitzel. Take note that, like many other venues in the area, Capitol is a smoking bar.
More Info
Open In Google Maps
45A Zentralstrasse, Luzern, Luzern, 6003, Switzerland
+41412109636
Visit website

Movie Theater, Theater
The bar of the arthouse Bourbaki cinema is a chic, centrally located space that frequently hosts performances and arts events. Grab a cocktail or two after a movie, or choose a snack from Bourbaki’s long list of sandwiches after a visit to the Bourbaki Panorama, the massive panoramic painting housed in the same building.
More Info
Open In Google Maps
11 Löwenplatz, Luzern, Luzern, 6004, Switzerland
+41414199999
Visit website

Part of the Grand Hotel National, this elegant bar is an old favorite. The interior is decorated in a stunning Belle Époque style, unchanged since the 1870s. The cocktail selection, too, is like a trip back in time, featuring classic concoctions like the French 75, Sazerac, and Brandy Alexander. The hotel’s sumptuously decorated rooms have been favored by monarchs and foreign dignitaries for years, and a visit to the National Bar is an easy way to get a taste of 19th-century luxury.

Located in the KKL Luzern (Culture and Convention Center), Seebar’s sleek, modern decor and great views of Lake Lucerne make it a great venue for special occasions and pre-concert drinks. Excellent dinner and lunch menus are available, but the real highlight is the selection of tiki- and tropical-themed cocktails. During festivals, the Seebar is one of the best places to people-watch in Lucerne, since many performances and events take place in the KKL.

Hotel
With its pop art wallpaper, perfectly color-coordinated furniture and gold-leafed ceiling, Gütsch Bar is like a vision from a Wes Anderson film. The bar is part of a 19th-century hotel on a wooded hill overlooking Lucerne, and the panoramic windows make the beautiful landscape a part of the decor. The U-shaped green velvet banquette in one corner of the bar is probably the best seat in town, where you can sip your champagne while enjoying an almost 270-degree bird’s eye view of Lucerne.
More Info
Open In Google Maps
Kanonenstrasse, Luzern, Luzern, 6003, Switzerland
+41412891414
Visit website