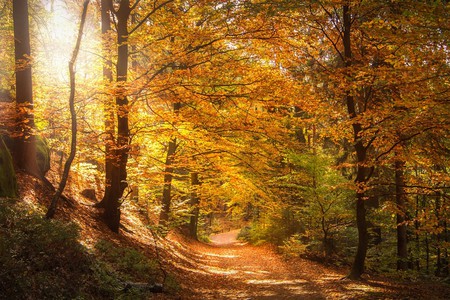 Think of Switzerland and the Alps. What animal comes to mind? Perhaps a lone wolf, prowling among the snow, searching for a morsel to eat, or maybe the majestic golden eagle, hovering in the air, with its keen eyes scanning for the slightest movement. It’s doubtful that the stoat, also known as the short-tailed weasel, sprung into your mind. But this sprightly little critter has been named Switzerland’s animal of the year for 2018, beating rather more charismatic species.

Miniature and sleek, the stoat’s favourite pastime is munching on voles and mice. In order to keep its energetic little body moving, stoats have to eat up to 40 percent of their own body weight every single day. In winter, it is aided in this endeavour when its brown coat turns completely white, helping it blend in with the snow.

It isn’t among Switzerland’s endangered species, yet, but according to Pro Natura, the organization that hands out the animal of the year award, their habitat in Switzerland is under more pressure than ever. Over the past years, their numbers have declined in some areas, mostly because of agricultural expansion and urban development. Pro Natura has declared us, human beings, as the stoat’s number one enemy. 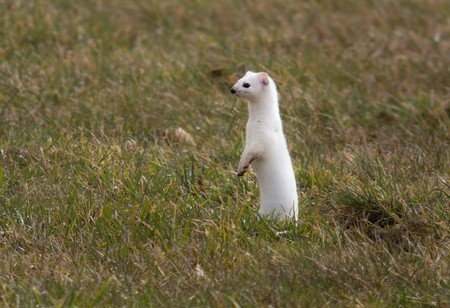 The stoat’s preferred habitat is one with plenty of nooks and crannies to hide in, lest they too become fodder for others further up the food chain. Pro Natura is concerned that the loss of these hiding places could end up diminishing their chances of survival.

In choosing the stoat as the animal of the year, Pro Natura says they hope to inspire conservation on these often overlooked and forgotten places, like hedges and furrows, that stoats and many other species need to survive.

In 2017, Pro Natura named the red deer stag the animal of the year in an effort to bring attention to the need to preserve wildlife corridors; 2016 was the year of the diminutive European water shrew and 2015 was the grass snake’s year of fame. 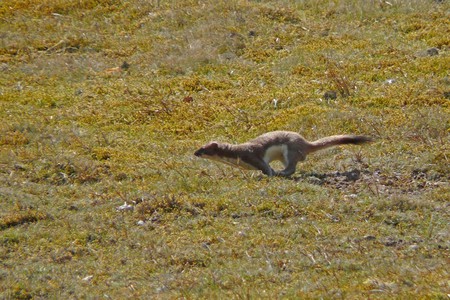 Short and sleek, this sprightly little creature is under threat as its habitat diminishes and is turned into farmland | © Alastair Rae / Flickr
Give us feedback