How Switzerland Is Leading the Charge for Animal Rights 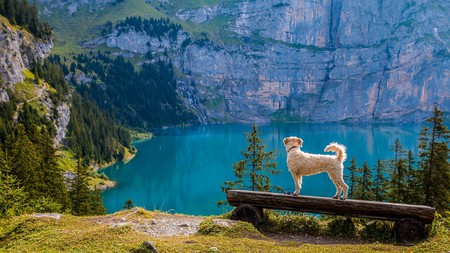 There are perks to being a dog in Switzerland | © Felix_Broennimann/Pixabay

Switzerland has an interesting relationship with animals. For centuries, many of the country’s native fauna was persecuted and driven into local extinction, some of these species are now making a remarkable comeback. But when it comes to animal welfare, the Swiss have taken steps in recent years that have them earning the applause of animal rights activists. In 2014, they ranked highly on a global overview on animal rights. We’ve brought together some of the examples that show how Switzerland is turning into a place that’s a little more friendly for animals.

Switzerland kicked off 2018 with the news that the boiling of live lobsters would be banned in the country as from March 1. This isn’t a ban on eating the shellfish by any stretch of the imagination, but they now have to be stunned, or their brains ‘mechanically destroyed’ before they take the plunge. Lobsters must also now be ferried around in their natural habitat, rather than on ice.

Dog barking inhibitors will be illegal

Anything that automatically shocks or sprays a dog to stop it from barking will also be illegal in Switzerland from March 1. By law, dog owners must also take part in classes to ensure they know how to look after their pets.

They accept that some animals are social

The Swiss government also decreed in 2008 that social animals, such as guinea pigs, must be kept in pairs by law. This has led to the growth of a nascent ‘rent a guinea pig’ industry so that home owners can comply with the law. In the latest development, as from March 1, 2018, if cats are kept alone they must have daily contact with either a human being or visual contact with another cat. 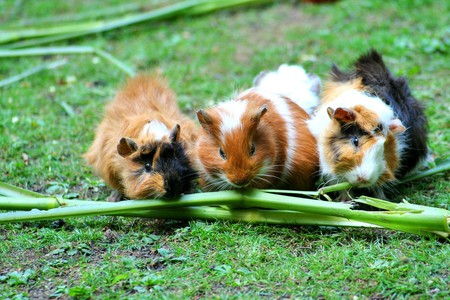 Animal free lab testing is on the radar

This year, Switzerland and Germany announced that they are looking into alternative means of testing that don’t require animals. Under recent legislation, labs that do use animals in Switzerland must appoint an animal welfare officer to ensure they aren’t undergoing mistreatment.

Animal mistreatment is treated as a serious issue

Last year, the Swiss government floated the prospect of cutting farming subsidies to farmers who mistreat their livestock. Several thousand cases of animal maltreatment were inspected last year. But a recent animal rights case in Hefenhofen highlighted that there is still some work to be done in this respect. A horse breeder was arrested and 300 animals (including horses, sheep, and llamas) were confiscated after shocking images of malnourished horses came to light.

Cows get a lot of perks (apart from being eaten)

The Swiss love their cows as much as they love beef, cheese and milk. That’s reflected in a draft of regulations that lay out exactly how to treat them. A few years ago the Swiss love of cows received a challenge as a study showed that cow bells probably make cows miserable. While you’ll still see and hear the bells regularly, many farmers have taken steps to replace them with other devices, such as GPS trackers, in order to save their cows from misery. 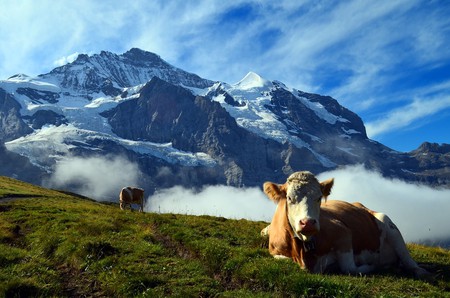