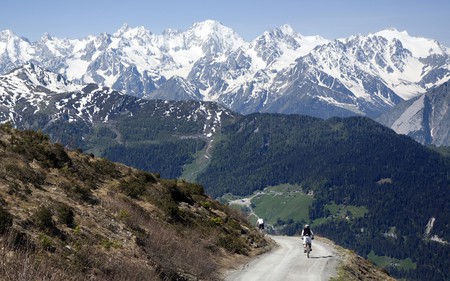 The thought of taking a quick helicopter ride to the top of a remote, hard-to-access mountain top, then flying down an empty trail at break-neck speed might sound like a thrill of a lifetime for some, but this adrenaline-filled sport’s arrival in Switzerland is currently mired in controversy.

Thrill-seekers are set to descend on the Swiss canton of Valais this summer when helicopters will begin carrying mountain-bikers to a few designated peaks for the first time. There are currently 40 mountain landing spots for helicopters in Switzerland. These are regularly used for heli-skiing which is equally controversial and there have been repeated calls for this sport to be banned as well.

Mountain Wilderness Switzerland is leading the criticism of heli-biking. The group is concerned about the environmental impacts from carbon emissions and noise pollution, as well as the potential for conflict with hikers. “The increasing consumer mentality in mountain sports is fatal,” Katharina Conradin, director of Mountain Wilderness Switzerland said about this “absurd trend” in a highly critical statement. “The only thing left to do is to get as many metres as fast as possible. Nature degenerates into a meaningless backdrop.”

Heli-skiing is a popular activity around the world and because of various concerns over its environmental and social impact, it has been banned in neighbouring France and Germany. However, Italy and Austria also allow it. Heli-biking has become the next thrill and is already popular in Italy, New Zealand, Canada and the States. 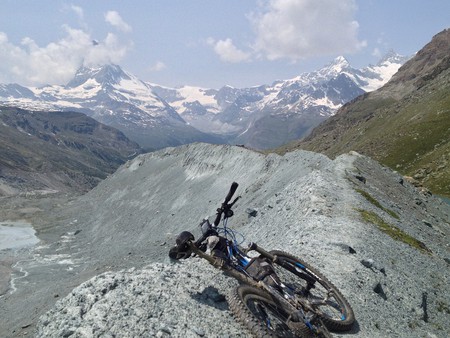 One company is offering a heli-biking experience in Valais for the hefty price of 330 CHF per person. Mountain Wilderness Switzerland has previously raised the concern that many of the helicopter landing points fall within, or very near, protected areas.

In response to the criticism, Switzerland Tourism told Swissinfo.ch that heli-biking will take place within clear and strict regulations. “Switzerland Tourism’s mission is to provide an unbiased overview of the diversity of tourism offers in Switzerland,” the spokesperson said.

As of March this year, mountain bikers will have the opportunity to be ferried to the mountain tops of Valais and it will be up to travellers to decide whether the potential environmental and social impacts outweigh the thrill of the ride.