Swiss Hospitals to Use Drones to Transport Lab Samples 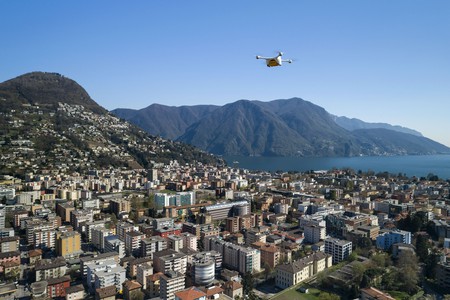 Drones are to be used in Switzerland to carry important medical cargo. Swiss hospitals have been testing out transporting lab samples via unmanned aerial vehicles, and hope to roll out the service properly by 2018.

Swiss Post, the Ticino EOC hospital group, and drone manufacturer Matternet have been testing out drone flights between hospitals in Lugano and now the project has been given the green light by the Federal Office for Civil Aviation in Switzerland.

“As soon as the drone meets all of the strict requirements regarding safety, practicality and reliability, the regular use of drones between the two hospitals will become an everyday occurrence. This is expected to be achieved by 2018,” Swiss Post wrote in a press release. 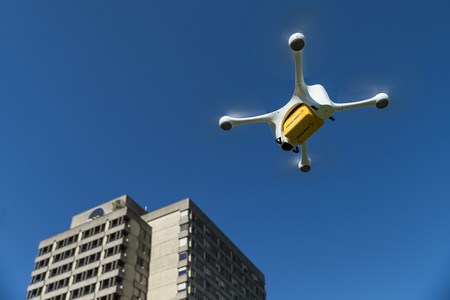 A Matternet quadrocopter drone will be used by the hospitals. The vehicle specializes in carrying goods weighing up to 2 kilograms and has a maximum range of 20 kilometers. A landing pad transmitting an infrared signal is used for landing and take-off. 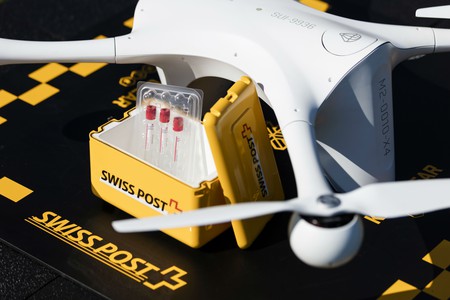 The lab samples are loaded up | Courtesy of Swiss Post

Delivery drones have been high on the news agenda over the past couple of years due to Amazon’s much talked-about plans to launch a drone delivery service. The idea of delivering items with unmanned aerial vehicles holds much promise in the retail sector, as they can lower delivery costs and potentially speed up delivery times.

But away from the stores, there is huge potential for drones to carry crucial products and services in hard to reach areas. One example is Zipline International delivering blood by drone in Rwanda. Some may find the idea of drone-filled skies creepy, but if they’re saving lives, public opinion should change quickly.