Switzerland is one of the world’s design capitals, famous for classic Swiss watches, the Swiss Style in graphic design and Le Corbusier, among others. This hand-picked list of ten designers and studios illustrates the confidence of contemporary Swiss product design and addresses issues as diverse as environmental sustainability and the preservation of artisanal crafts. Their experimental and efficient design approaches strive for design innovation at every turn, from the Alps to Zurich to Geneva. 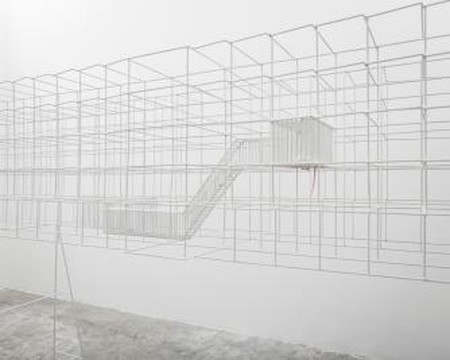 Bureau A, the association of Leopold Banchini and Daniel Zamarbide was founded in 2012. A multidisciplinary platform, the studio aims to blur the boundaries of architectural research through its evocative and socially critical designs. Their recent project, ‘Le Chalet d’en Bas’,for the 2013 Montreux Jazz Festival, took the shape of an obsessively repetitive library exhibiting the collection of Claude Nobs (founder of the festival), and explored the primal impulses behind collecting. Prepared in collaboration with curators Veronica Tracchia and Mauricio Estrada Muñoz, the immersive and experiential installation questioned the fate and relative value of the objects within the collection. The firm won the Architecture award at the Swiss Art Awards 2013 for their design ‘Parole’, a sculptural cage based on the design of the Champ-Dollon prison in Geneva. The project, scaled at a 1:24 ratio to laboratory mice, highlighted the role of architects designing ethically questionable buildings and addressed issues of prison overcrowding. 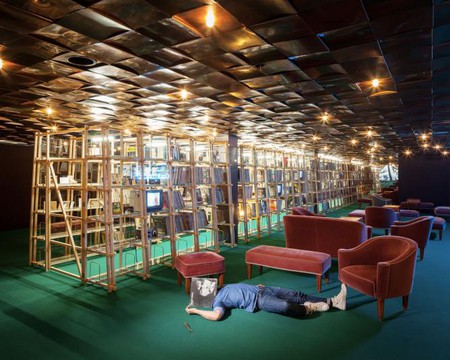 POUR LES ALPES was founded in 2007 by designers Tina Stieger and Annina Gähwiler. Based in Zurich, the pair work together on artisanal design projects focusing on collaborations with craftspeople and inspired by their traditional techniques and unique knowledge. Through these collaborations, POUR LES ALPES create objects, which combine craft with contemporary design in order to propose new perspectives. In this spirit, key elements in their designs are their use of high quality, sustainable and regional materials such as Swiss pine wood. Their award-winning furniture series ECHOS (2008) demonstrates these values and is a tribute to Alpine culture; the three sets of drawers were created in collaboration with five Swiss artisan craftsmen using shingle-making, wood-carving and lace-making techniques. Each piece bears a unique name, ‘Ehrfurcht’ (reverence), ‘Neugierge’ (curiosity) and ‘Sehnsucht’ (desire), that describes a personal viewpoint of the Alpine surroundings. 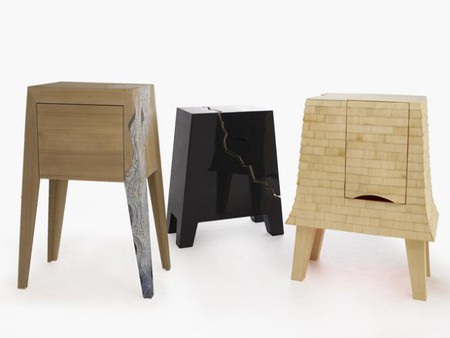 Product designer Moritz Schmid established his own studio in Zurich in 2008 following four years working as a designer and project leader at Alfredo Häberli’s studio. He works across multiple design disciplines such as furniture, tableware and exhibition design for clients including Atelier Pfister, Helmrinderknecht contemporary design gallery, Kvadrat, Museum of Design Zurich, and Röthlisberger, among others. In 2013, he was awarded the Design Preis Schweiz and the Swiss federal design award for his serial production shelf ‘Etage’ (2012). Made of oak, ply and arura vermelho wood, ‘Etage’ (designed for Röthlisberger) is a consideration of the open and closed modes in furniture, with one part always open and the other closed. A concealed shelf is also revealed by raising or lowering a thin, wrap-around shell. 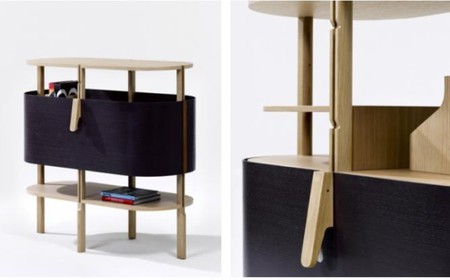 ZMIK are a multidisciplinary design studio currently made up of six members, Rolf Indermühle & Mattias Mohr, Cornelia Vinzens, Heike Ehlers, Philip Strub and Petra Eggenberger. The group of designers and architects also work with a wide network of specialists in order to develop and implement their projects. Since 2006, they have worked on projects for numerous cultural institutions, private enterprises, exhibitions and brands, focusing on creating communicative spaces with their own identities. Their practice fuses multiple design disciplines including interior design, scenography, architecture, and product design. ZMIK’s unique, bold, spatial environments such as the Regent Lighting Centre, Zurich (2013), a place to gain knowledge and experience in dealing with light, and the innovative chandelier ‘Kroon’ (designed for Moooi) (2013) showcase the studio’s ability to amalgamate their individual talents and work across diverse platforms creating sophisticated and experimental design solutions. 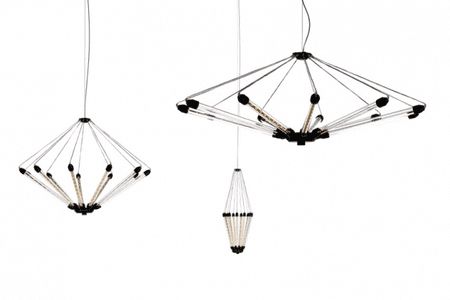 Jacques Herzog and Pierre de Meuron established their office in Basel in 1978. Herzog & de Meuron is a partnership led by five Senior Partners: Jacques Herzog, Pierre de Meuron, Christine Binswanger, Ascan Mergenthaler and Stefan Marbach. The partnership has grown over the years – Christine Binswanger joined the practice as Partner in 1994, followed by Robert Hösl and Ascan Mergenthaler in 2004, Stefan Marbach in 2006, Esther Zumsteg in 2009, Andreas Fries in 2011, Vladimir Pajkic in 2012, Jason Frantzen, Wim Walschap in 2014 and Michael Fischer in 2016. An international team of about 40 Associates and 380 collaborators is working on projects across Europe, the Americas and Asia. The firm‘s main office is in Basel with additional offices in Hamburg, London, Madrid, New York City, and Hong Kong. Their designs range from small-scale private homes to large-scale urban designs, though Herzog & de Meuron have gained particular acknowledgement for their highly recognisable public facilities such as museums and stadiums. Their 2011 design for the Serpentine Gallery Summer Pavilion in London marked the twelfth contribution to Kensington Gardens. For this project, Herzog & de Meuron collaborated with artist Ai Weiwei to create an archaeological pavilion rooted in the idea of memory. Taking visitors below the Serpentine’s lawn to explore the remains of previous pavilions, it was formed of twelve columns, eleven to characterise each past pavilion and one to represent and support the current structure with its floating platform roof. 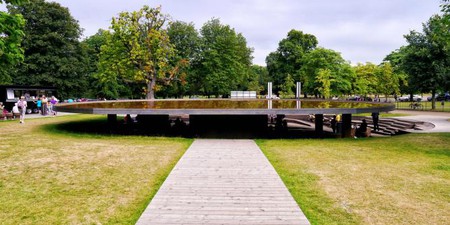 Design collective Postfossil creates and produces objects for the home, focusing on issues of resources and the post-fossil era. Their mantra, ‘working across borders’ extends across all of their designs with their use of environmentally friendly and renewable sources – although they believe that ‘Fossil’ stands not only for energy sources, but also for social behaviour patterns. This is a trigger for many of their projects such as the ‘Shoes, Books and a Bike’ stand, a piece of sports furniture celebrating the eco-friendly nature and increasing popularity of cycling. In essence, Postfossil’s work is based on three key factors: the first is conducting material research based on an oil-less future. The second is production: Postfossil self-produces all their works, allowing them to both retain the design and manage the production and distribution of their designs. The third factor is engaging with the user and transmitting the Postfossil philosophy. They achieve this through their design works, public discourse and workshops. 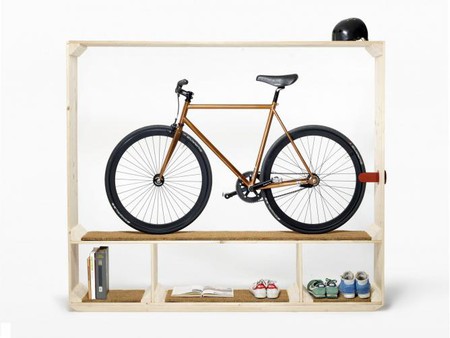 Thomas Walde for Postfossil, “Shoes, Books, and a Bike” | © Postfossil

Kevin Fries and Jakob Zumbühl have been collaborating since their time studying at the Zurich University of the Arts and have been partners in the development and realization for numerous design projects since 2003. Their design success comes from their incorporation of each designer’s different way of thinking and working, combined with their mutual interests and design backgrounds. The pair also believe that furniture design is the most sublime design form, allowing them as industrial designers to get as close as possible to artistic activity. In this way, they create new objects with their own identities meeting both the functional and sculptural demands of the user. This comes across in their furniture designs such as the ‘Link’ chairs and couches, which won the prestigious Red Dot Product Award in 2012. Their functional and humorous design ‘Error’, a mute wallet stand (for MOX design) also won the Interior Innovation Award in 2013. 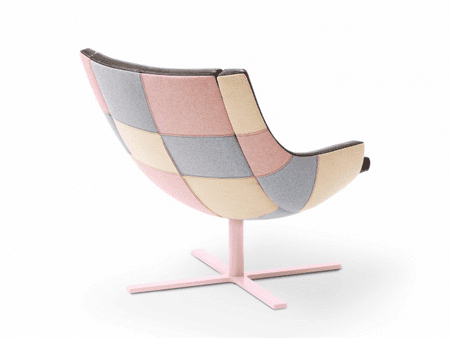 Young, interdisciplinary designer Nicolas Le Moigne creates works across lighting, furniture and product design that are a celebration of juxtaposition. His designs are simultaneously delicate, organic, robust and industrial whilst retaining a true sense of sophistication. His use of opposing materials forms and processes allows contrasts to come together in creating works that act as an elegant counterpoint to today’s supersaturated design culture. This innovative and dexterous approach has brought Le Moigne to the attention of international design galleries and manufacturers, including Atelier Pfister and Eternit. Collaboration with the latter, a fiber cement company, resulted in the Trash Cubes designs; the series of stools use leftover cement and fibers and are designed to have the most basic form whilst using the maximum amount of waste material. Each piece is inherently unique, depending on how the discarded raw material settles when it is condensed and sculpted in a mold. 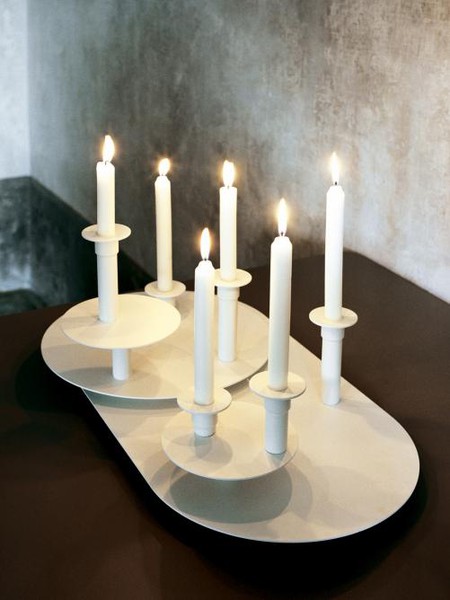 Textile design and manufacturing company Jakob Schlaepfer was established in St Gallen in 1904 as an embroidery business. The now globally successful company designs and produces around 3,000 types of textiles, characterized by their innovation and vibrancy, and supplies them to haute couture and prêt-à-porter fashion designers such as Chanel, Vivienne Westwood, and Louis Vuitton among others. In 2008, Jakob Schlaepfer also launched an interior decoration collection, Décor, which includes curtains, wallpapers and wall-coverings created using a combination of industrial and state-of-the-art technology and handcrafting techniques. Schlaepfer was awarded the prestigious Red Dot Design Award and the Design Preis Schweiz Award in 2011 for their groundbreaking, innovative fabric Phantom, an iridescent high-tech material made of bronze, aluminium and copper fibers. Weighing just 10 grams per square meter, it is the lightest fabric in the world. 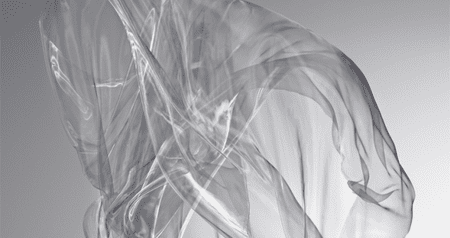 Adrien Rovero works across furniture, lighting and exhibition design. A graduate of the ECAL/University of Art and Design Lausanne with a Master’s in Industrial Design, he opened his own studio in Renens in 2006. Rovero creates works for high-end design brands such as Hermes (France), Pfister (Switzerland), Droog Design (Holland), Campeggi (Italy), Nanoo (Switzerland), Tectona (France) and the Cristallerie Saint-Louis (France). His designs are also displayed at international galleries and he features in several permanent museum design collections. Inspired by his personal observations of the needs of his surroundings, his highly inventive designs are uncluttered and efficient through his effective use of shapes, materials and functions. The Saving Grace design (for Droog), a series of lamps designed specifically for energy-saving light bulbs, takes advantage of the different quality of light provided by the technology, shaped to diffuse the light in specific ways. 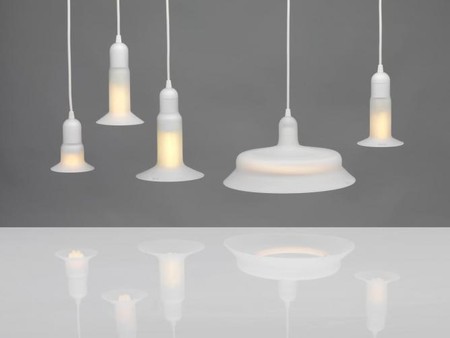