Swiss artist Mai-Thu Perret is known for her ambitious multi-disciplinary practice encompassing sculpture, painting, video and installation. Perret has created a complex oeuvre which combines radical feminist politics with literature, craft and the avant-garde. The Culture Trip spoke to Perret about her work, and about her debut solo show in Hong Kong, which will see her bring a mechanised sculpture of a sleeping woman in the city’s Simon Lee Gallery. 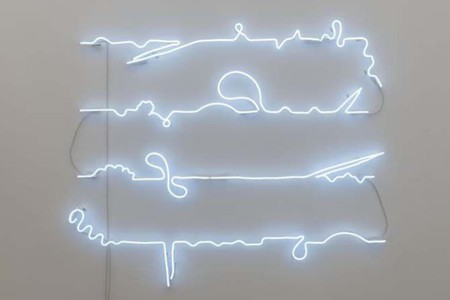 Throughout the years Perret has punctuated her work with an ongoing project entitled The Crystal Frontier, a fictional narrative chronicling the lives of a group of radically minded women who turn their backs on the city and move to New Mexico to establish a feminist commune. The project speaks to many of Perret’s ongoing concerns with femininity, languages of power and avant-garde aesthetics. As a woman in the male-dominated world of contemporary art, Perret seems to enjoy taking domestic items into the public sphere, elevating craft into art; her showing of a blown glass head at the 2011 Venice Biennale is an example of her keen appreciation of the female-associated world of craft, as well as her sense of place, given Venice’s glass-making history.

Slow Wave, to be shown at Simon Lee Gallery, will exhibit six of Perret’s new works, centred around a mechanised sculpture of a sleeping woman, once again bringing the intimate, domestic, female space into the stereotypically masculine white cube gallery. The Culture Trip spoke to Mai-Thu Perret about her ongoing Crystal Frontier Project, her radical ideals, and her upcoming Hong Kong debut. 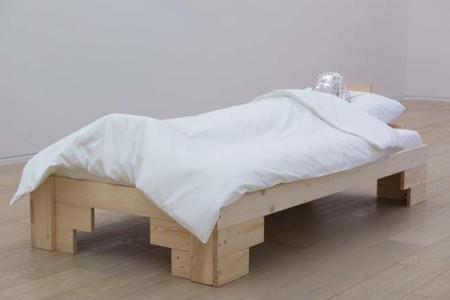 Could you describe how The Crystal Frontier project has developed over the years?

At the beginning The Crystal Frontier was very much about writing a story and using it as a basis to generate artworks. Over the years, as the text fragments and especially the artworks accumulated it has become a world of its own, with its own texture, and almost became like an independent place for me, a place I can revisit when the need strikes me. The artworks have gained their own independence, but it’s something I always come back to.

You work with crafts and textiles. What do these stereotypically ‘feminine’ media bring to your work?

I’ve always been interested in these media as they are often identified as feminine because of the associations they carry. Fabric, for example, is worn on the body, it’s intimately related to the body, and we have a much more tactile relationship to it than to painting or to marble. In a similar way, ceramic is also an everyday material, we eat and drink it, and it’s also used in bathrooms and in toilets. One of the things that first struck me when I first started working with fabric was how it implied a very different temporality than painting. When you work in paint, there are specific drying times, the work must be attended on its own terms, whereas sewing or embroidery can always be interrupted and picked up again later, it’s the perfect medium for a housewife who must take care of a lot of other things. It implies a much less heroic temporality 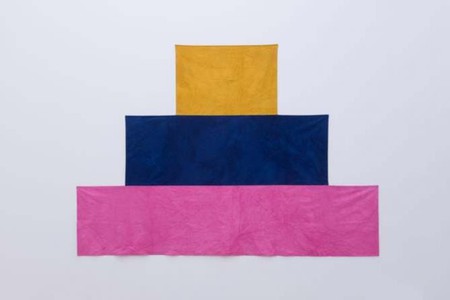 You talk about failed Utopias in your art. Why does this interest you, and do you think utopian ideals are by definition bound to fail?

I think we all, at times, wonder how it would be if the world were different, that’s the essence of imagination. I don’t think utopian ideas are bound to fail, but quite likely when they become real or succeed they stop being called utopias. Think about the Internet, or women’s rights for example. Some of the things that have been achieved are now considered as normal.

Please tell us about who or what has influenced your art and practice?

There are more influences than I can name. Ettore Sottsass, Varvara Stepanova, Roberto Bolaño, yoga, constructivism, the work of unknown craftsmen and women, the weather and the sky. 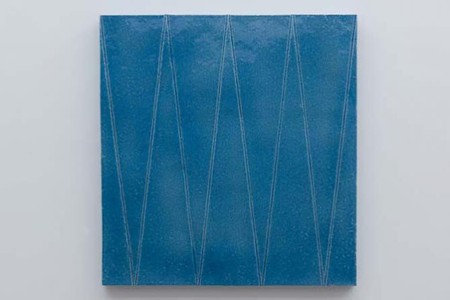 In what ways is the upcoming exhibition at Simon Lee Gallery a continued exploration of the ideas in your work? Are there new themes you are engaging with as well?

Of course, the show takes up some favourite motifs, such as mannequins and undecipherable languages, the use of textile and abstract shapes that the mind wants to turn into symbols. It’s the first time I have made an animated sculpture however, and I have always been fascinated by sleep and dreams, so these are new themes.

What are you planning next?

My next project is a performance piece I am making in collaboration with a dancer, a singer and a musician for the Biennale of Moving Images at the Contemporary Art Centre in Geneva. I have always been interested in how to make inanimate things come to life, and for this piece I am creating a life-size marionnette (basically an articulated sculpture) that will be manipulated by the dancer. The singer, a long-time collaborator of mine called Tamara Barnett-Herrin, will be her voice. The marionette will have interchangeable face masks and become different characters throughout the performance. It’s a very exciting and quite complex project.