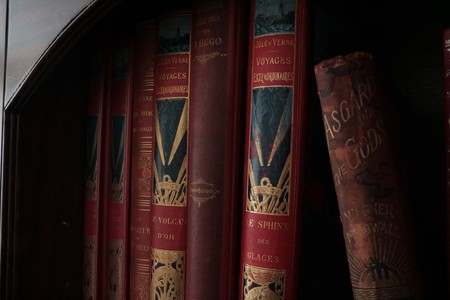 Every year, booksellers and bibliophiles from across Switzerland and beyond descend upon Zurich to hawk their wares at the antiquarian book fair. Over three days, books, maps, posters, and assorted memorabilia are all up for sale. If you come to this event looking to pick up a souvenir you might want to save up, as the prices range from costly to mind-spinningly expensive.

Held in Zurich’s famous Kunsthaus, world-renowned for its extensive collection of Swiss and international artwork, the fair is certainly a book lover’s dream world. In 2018, 28 antique booksellers packed into the small hall. Prices of the books go from 100 Swiss Francs up to a whopping 44,000 and beyond. 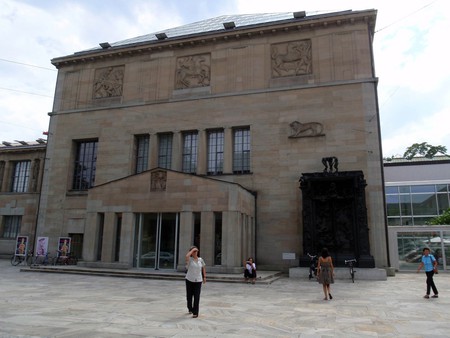 While most of the items on sale are written in one of Switzerland’s four national languages, with the emphasis on German and French works, there are English tomes to be found.

The shelves on each stand pass through their subjects and epochs at a disorientating pace. On one shelf you can browse through an entire collection of Fishes of the British Isles, complete with sketches of the fishes in question, and at the next, you can marvel at a beautifully illustrated reprinted edition of Hans Christian Andersen’s works. And for the open-minded, there is the odd collection of antique erotica from the 19th century in various languages.

Other notable works include a fascinating The Costume of the Russian Empire, packed with seventy-three colored engravings, dating from 1803 and up for grabs for 1,000 Swiss Francs and one of the world’s smallest books, which is so small that you could easily lose it in your pocket, makes for one of the more bizarre finds. Other works include beautifully illustrated works by Jules Verne, the description of a gas mask for mine workers by Alexander von Humboldt, and a bible dating back to 1658.

Even if you’re not in the market for a rare book, paying the modest 15 Franc entry fee is worth it simply to browse the magnificent collections and to touch books which first went to press way back in the 16th, 17th, or 18th century, works that could easily fit into a museum showcase. The next edition of the book fair will be held in 2019.