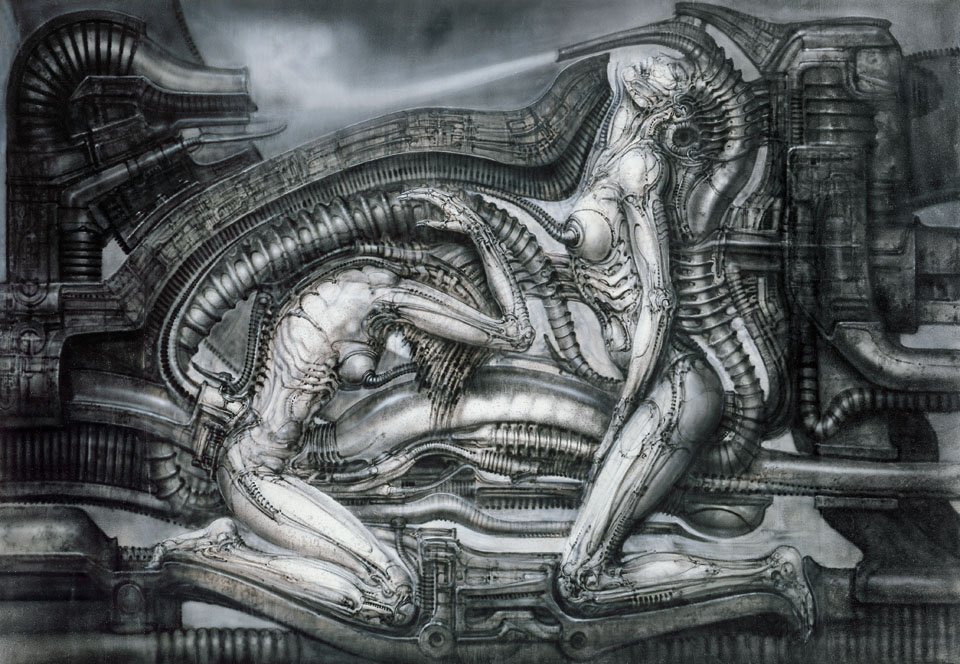 HR Giger petrified audiences around the world when he brought his infamous Alien to life in Ridley Scott’s Oscar-winning film. But even without animation, Giger’s quietly haunting artworks merge ancient folklore and futuristic disturbia to create a unique brand of insidious terror.

“At its essence, Giger’s art digs down into our psyches and touches our very deepest primal instincts and fears,” says Ridley Scott. “His art stands in a category of its own. The proof of this lies in the intensity of his work and imagination, which I can only compare to Hieronymus Bosch and Francis Bacon in their powers to provoke and disturb.”

From pastels to film, album art to interior design, Giger’s cult aesthetic has proven equal parts innovative, influential, and marketable. Aside from his Academy Award-winning contribution to Alien (1979), there are also two Giger-themed bars and a HR Giger Museum in Switzerland.

A monumental monograph was already in the works when Giger died in 2014. The limited edition book will be released by Taschen this year, following the story of the artist’s life and exploring his dynamic body of work. Complete with seven fold-out spreads, an essay written by Giger scholar Andreas J. Hirsch, a full biography alongside quotes and writings by the visionary himself, HR Giger will immerse its readers in the artist’s fantastical dystopian universe. 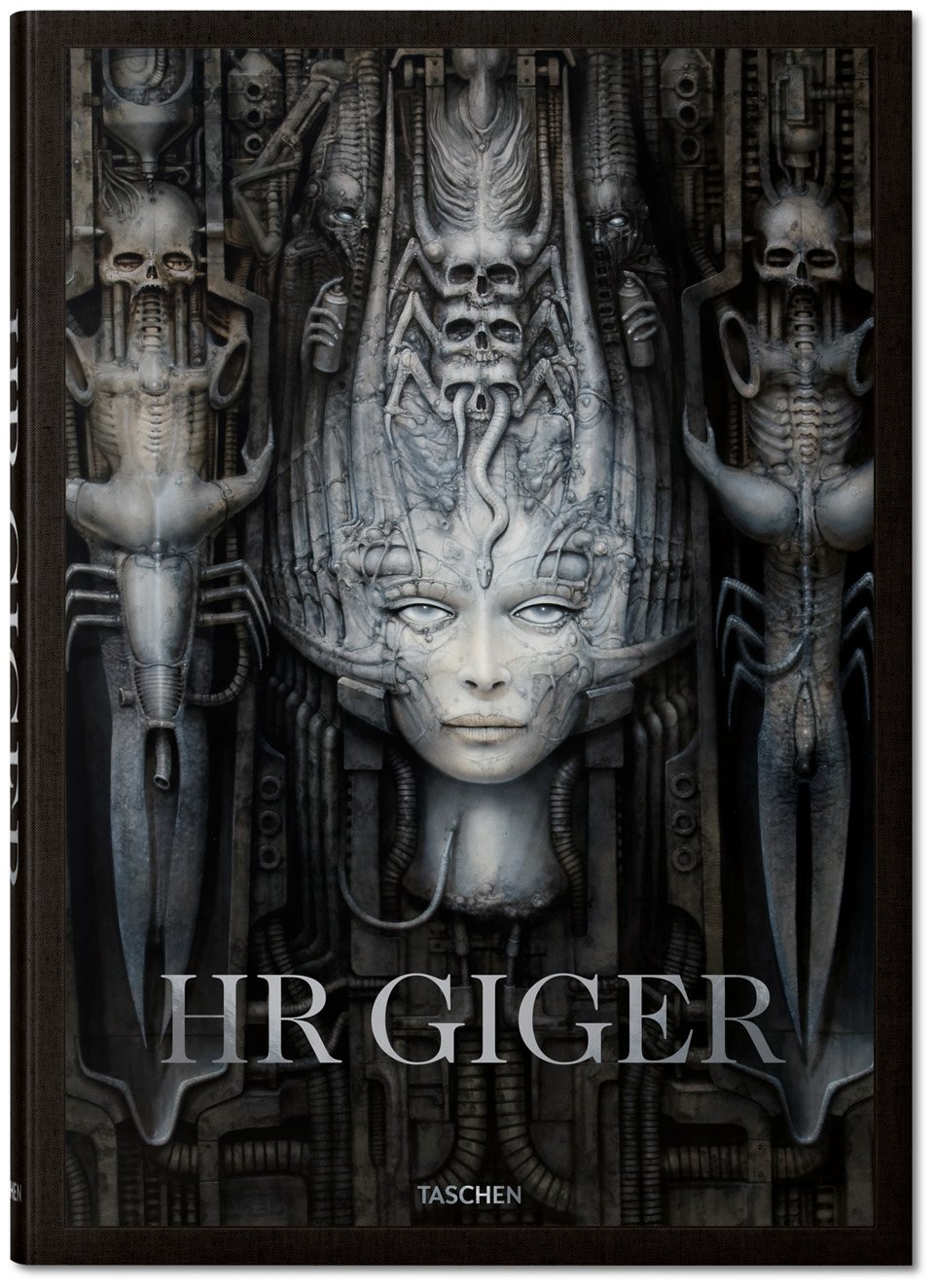 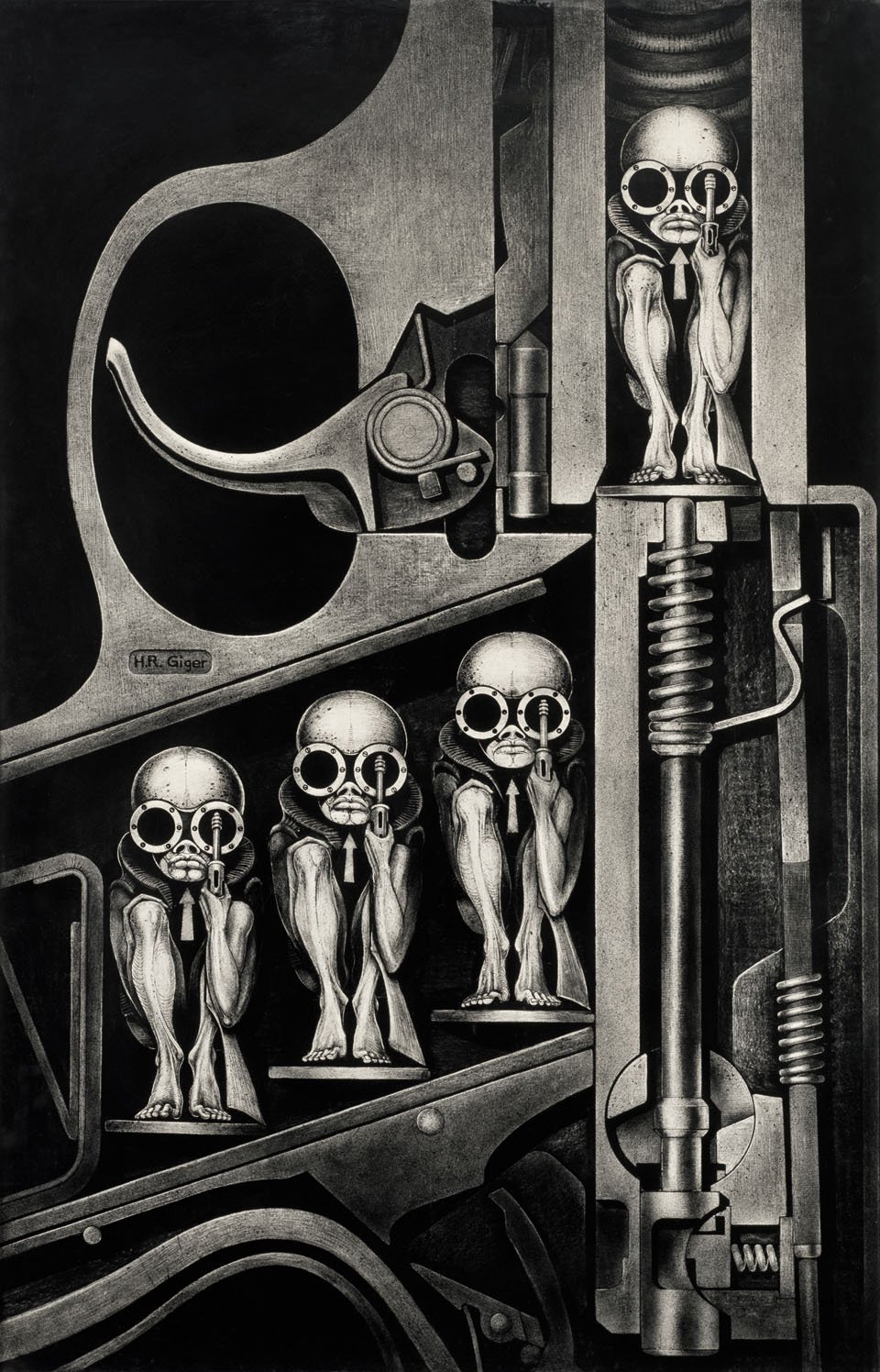