How to Spend 3 Days in Geneva, Switzerland

© Sean Mowbray
Geneva is an international and diplomatic hub and many of its visitors stay for work and then leave. However, the city is still a good destination with plenty of culture, great shopping and interesting sights that will keep you busy. Read how to spend three days in the city, with our guide that’ll make sure you hit all the must-see places.

9am – Orientate yourself with a lakeside stroll

Geneva is a small city, wrapped around Lac Léman – the largest freshwater lake in the Alps. The best way to get to know the city is to go for a stroll along the banks and explore a little. Enjoy the sight of the Jet d’Eau, the city’s landmark that started out as a way to release pressure from a local factory. If you choose to go along the eastern bank (along Quai Gustave-Ador) you’ll pass by the iconic Flower Clock that sits outside the Jardin Anglais. On the opposite side (along Quai Wilson) you’ll end up in the Perle du Lac park, a pleasant green area where it’s possible to swim in the lake. 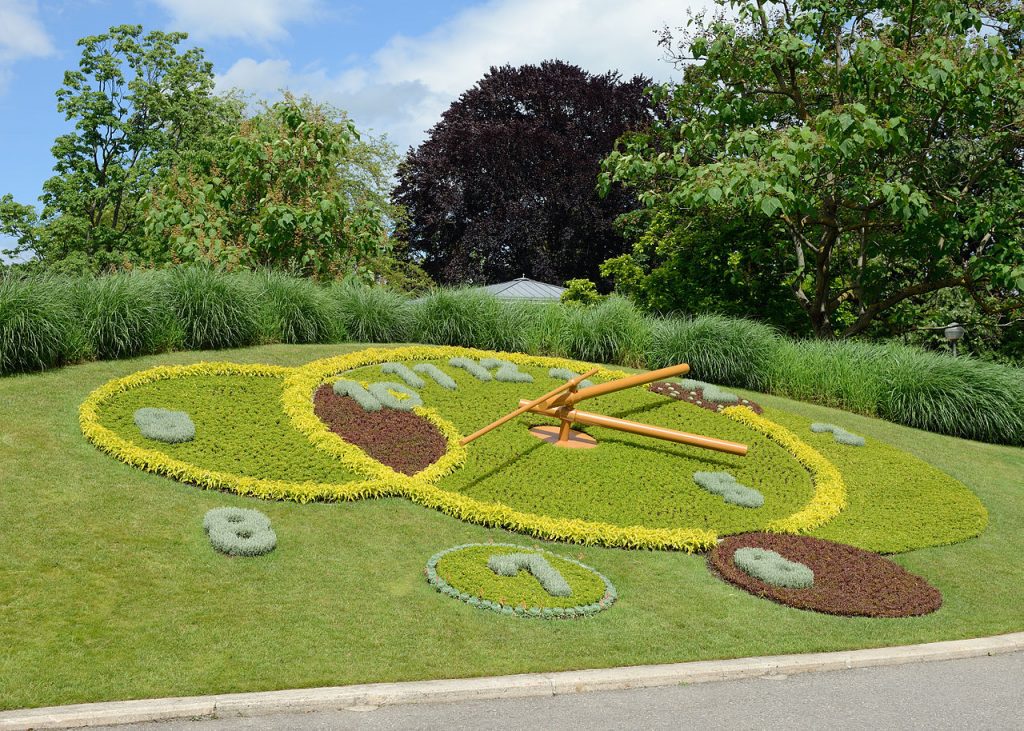 12am – Explore the shopping district

Even if you are not a big shopper, Geneva’s main shopping district is worth wandering through. Together Rue du Rhône, Rue du Marché and Rue de la Croix d’or are where the city’s high-end stores and brands gather. Luxury items, from the finest jewellery and Swiss watches to the latest on-trend outfits, are all there with prices that will make your head spin. If you’re looking for the perfect gift, or just want to browse then look no further than these three streets. To take a break and grab a bite to eat, Place de Molard has some good restaurants with outside terraces. Café de Centre is the best of the pick and serves fresh seasonal dishes as well as seafood.

3pm –  Get to know the Vielle Ville, Geneva’s old town

A short walk from the main shopping streets is the Vielle Ville, Geneva’s old town. The best place to start your exploration is Place du Bourg-de-Four, a square steeped in history and gateway to the picturesque streets. In the heart of the old town there are several boutiques, antique shops and cafés that are likely entice you on your way. Be sure to visit the St. Pierre Cathedral which dates back to the 12th century. For a small fee you can climb the Cathedral’s two towers for wonderful panoramic views of Geneva. 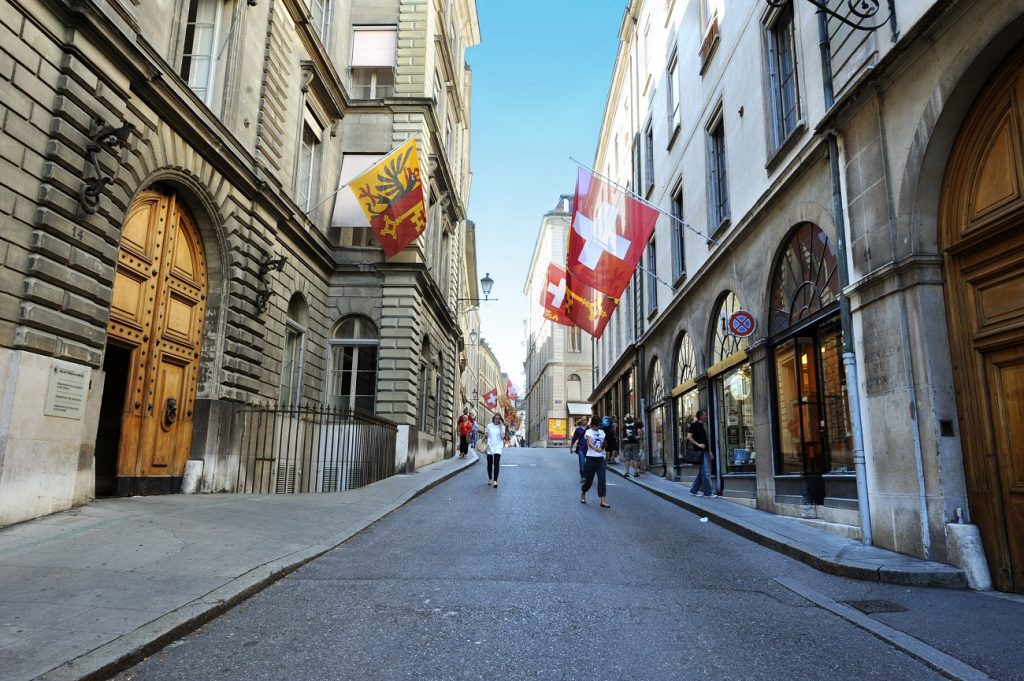 8pm – Top off your first night with a lakeside cocktail

What better way to relax after your first day in Geneva than with a cocktail by the lake? The Riverside Café serves cocktails and a decent selection of tapas from as early as 6pm. Or if you want to experience a little of the highlife you might want to try Rooftop 42, a swanky bar that’s, you guessed it, on a rooftop overlooking the lake.

For the best views of Geneva you should take a short half-day trip to Salève, across the border in France. It’s only a 30 minute bus ride from Geneva’s central station so there is no need to be up at the crack of dawn. Hiking up the side of the mountain takes around 1-2 hours or you can take a leisurely cable-car ride which will whizz you up to the top in less than 10 minutes. From the top you can see the whole of Geneva: the tiny speck that the Jet d’Eau becomes, the distant Alps and the vast expanse of Lac Léman. The full trip will take around 2-3 hours, or longer if you are hiking up and down.

After your trip to Salève you’ll likely want to unwind. There’s nowhere better to do that than in Carouge, Geneva’s Italian district. Built in the 18th century by architects from Sardinia, the area has retained its Mediterranean charm and has become a hub for bohemian types. Boutique stores selling vintage clothing and homeware line the streets and there are cafés dotted all over where you can sit, sip a coffee and watch the world go by. On Wednesdays and Saturdays there is a great little market in Carouge’s Place du Marché which is worth checking out. 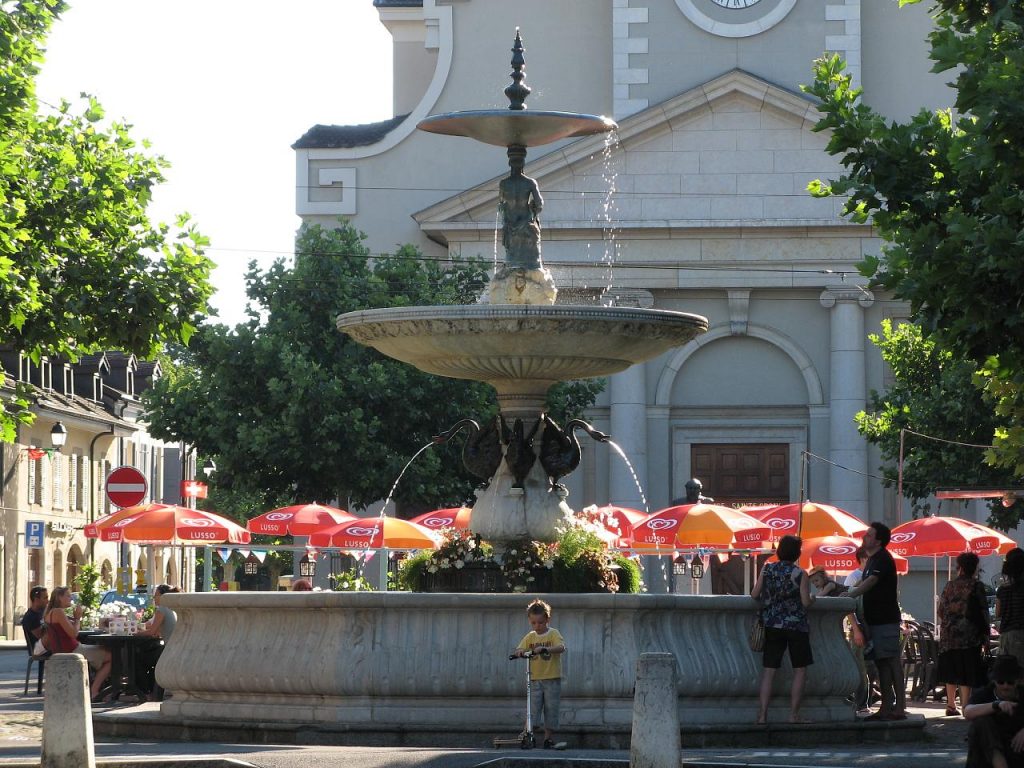 7pm – Get cultural at the theatre or opera

Geneva’s known as being rather placid when it comes to culture, what with it being a melting pot of different cultures, people often say it lacks an identity of its own. But this eclectic cultural mix has its advantages, which you’ll see at the theatre and opera houses. The Grand Théâtre de Genève hosts a mix of internationally renowned shows – see what’s up and coming here.

Geneva owes much of its allure to the presence of international organisations like the United Nations. Start your tour of the International area in Place des Nations and take an obligatory photo of Broken Chair, a massive sculpture erected by the campaign to eradicate the use of landmines. From here you can take a tour of the Palais des Nations or learn about the history of the humanitarian movement at the International Museum of the Red Cross and Red Crescent. 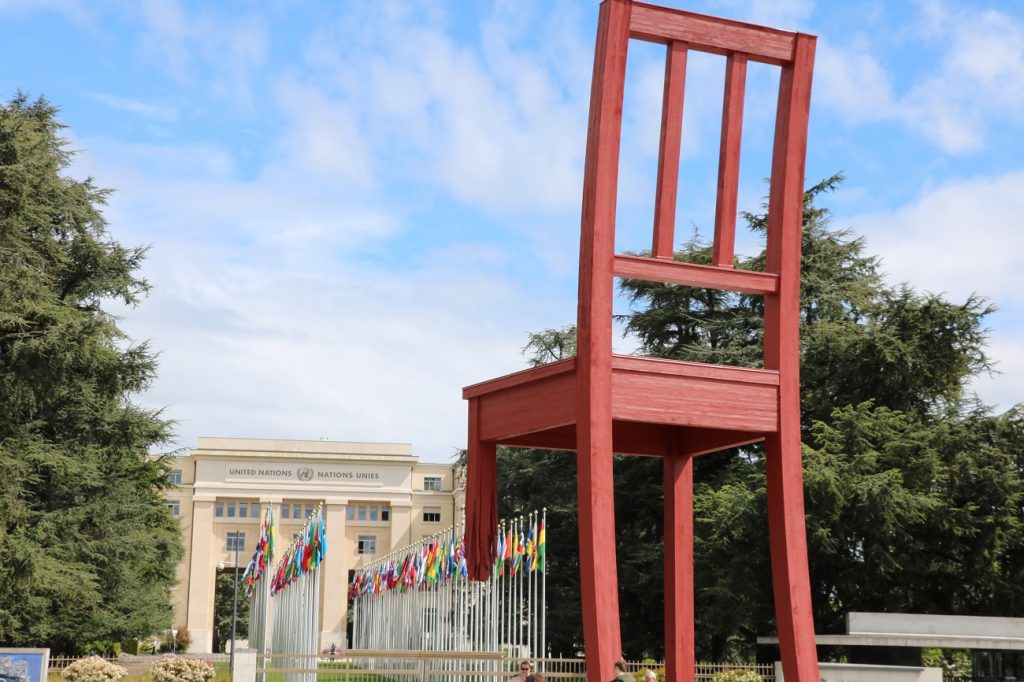 A visit to Geneva isn’t really complete until you’ve visited CERN. Even for those not so keen on mind-boggling physics equations, it’s a fascinating trip that traces the history, and purpose, of the Large Hadron Collider, that is at the centre of probably the best known, and most controversial, experiments in the world. If your trip falls at a time when LHC isn’t active it’s possible to visit the inside of the machine. The museum is located a short journey from the city centre in Meyrin, on the outskirts of Geneva.

This week, one of the Large Hadron Collider’s experiments gets a “heart transplant”. — Physicists and engineers are replacing the heart of the CMS experiment – the pixel #detector. This will improve CMS’s ability to make precise measurements on aspects of the Standard Model, including the properties of the #HiggsBoson. The #LHC and its experiments are currently preparing to wake up this spring, when the accelerator will begin to collide particles once more at close to the speed of light. — Today at 12:15 CET, join us live on #Facebook and ask us anything: https://www.facebook.com/cern/ — Image credit © CERN

The time to leave is fast approaching, so you’ll want to make the most of your last evening in Geneva. With all the wealth and high-rolling executives and diplomats floating around Geneva there are plenty of world-class restaurants to cater for them, several of them Michelin-starred. For instance you can experience some of the best Italian food in the city at Il Lago, or if you prefer French style dishes Le Loti, in the exclusive La Reserve hotel, may be more to your liking.