Why is There a Giant Fork in this Swiss Lake? 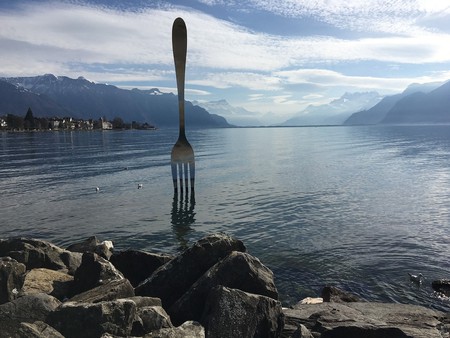 If you happen upon the Swiss town of Vevey, which lies between Lausanne and Montreux on Lac Léman, you’ll probably wonder why there is a giant fork sitting just off the shore. Wonder no more as we have the answer right here.

The giant fork, or La Fourchette, was first plunged into Lac Léman back in 1995 to celebrate the tenth anniversary of the Alimentarium, Vevey’s local food and nutrition museum. But unfortunately for lovers of the giant fork, permission for it to stay wasn’t granted for “aesthetic reasons” and to the dismay of many it was shipped off to Lucerne where it was plonked in a garden for several years. But a little over ten years later the fork was back. In 2008, by popular decree enforced with a petition, the council allowed the fork to remain and the beloved culinary symbol has remained firmly in its spot on the lake.

Since then, the fork has become a mainstay of Vevey’s identity, taking a place alongside the Charlie Chaplin museum , also called Chaplin’s World (who lived in Vevey for several years), and the famous comic’s statue. At 8 metres high, the fork also claimed the enviable status as the world’s tallest fork until it was topped by an even bigger fork that sits outside an office in Springfield, Missouri. The people from Vevey will no doubt argue that their fork is surrounded by much nicer scenery, with which we’d probably have to agree. 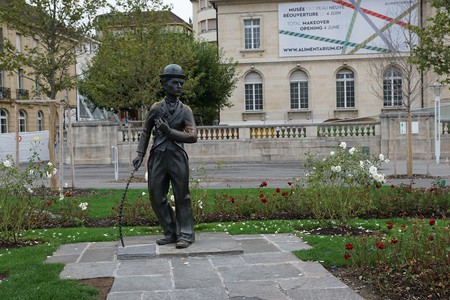 For those of you planning to visit the giant fork you should also check out Vevey’s summer folk market which is a great excuse to get dressed up, drink and dance like you’re a Swiss local from a bygone era. The small town is also home to some of the best places to eat in the region.