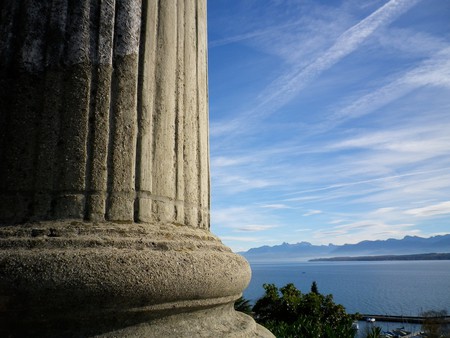 Two thousand years ago, the Romans left their mark on Switzerland. They built roads, luxury villas and amphitheaters, remnants of which still stand today, bearing witness to their remarkable construction. On this historical tour, you can follow the Via Romana and discover the highlights of the ancient Roman world in Switzerland.

Building, Cathedral, Church, Museum
Facebook
Email
Twitter
Pinterest
Copy link
Share
Underneath Geneva’s St. Pierre Cathedral lies the remains of ancient Roman buildings. Excavation work under the cathedral began in the 1970s and archaeologists found a wealth of history beneath their feet. The footprint of the Roman empire is clear as you’ll see evidence of old wells, mosaic floors and ancient coins. But the beauty of this site is its variety and the foundations of three early churches can be seen too, and the tomb of an Allobrogian Chieftain, a Gallic tribe who were present in Switzerland during the time of the Romans. For history buffs, this huge site is a must-visit.

A short-trip from Geneva also takes you to Nyon, where you can visit a former Roman basilica that dates back to the 1st century AD, in the base of which there is a small museum.

Continuing your journey on the Via Romana, the next stop is Lausanne-Vidy, an area that was a port on Lac Léman, or Lacus Lemannus, in Roman times and once home to around 1,500 people. The small town, called Lousonna by the Romans, is now the site of a small museum that illustrates what life in those days was like. Significant finds have been scarce at Lousonna so the exhibits do require some imagination. At the nearby Promenade Archéologique, you’ll discover the ruins of the ancient harbour wall, a temple and the forum that more than make up for the sparsity of the museum. 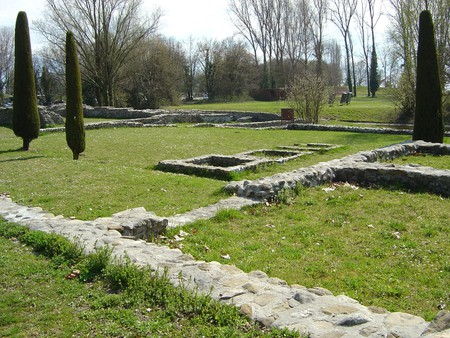 The remains of the small port town of Lousonna | © Flobert/ WikiCommons

In the Yverdon-les-Bains region, the small town of Orbe was the haunt of an unknown, but undoubtedly fabulously wealthy, Roman. Dating back to 160AD, this mystery farmer’s villa would have boasted more than 100 rooms, each likely to have been decorated with elaborate mosaics. Today, you can visit eight of these and each features an entirely unique depiction, from the Greek legend of the minotaur in the labyrinth to Roman gods and geometric shapes. A ninth mosaic is currently under restoration.

Nestled in the canton of Vaud, the town of Avenches was once Aventicum, the capital of Rome’s colony in Switzerland. At its height, Aventicum had a population of around 20,000 people and was a hub of trade and transit to the north of Europe. The settlement was founded by Augustus, Rome’s first emperor.

The well-preserved Roman amphitheatre, which still hosts an annual opera festival and Switzerland’s only military tattoo, is the highlight of the ruins that are open to the public. At the nearby Roman museum, you can wonder at a golden bust of emperor Marcus Aurelius and numerous other artefacts that stretch back to the town’s earliest days. 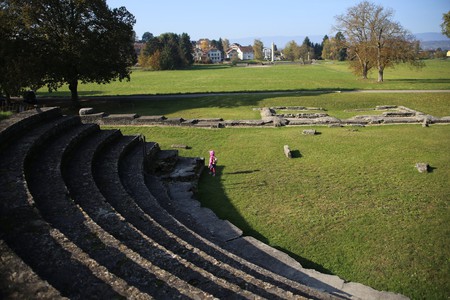 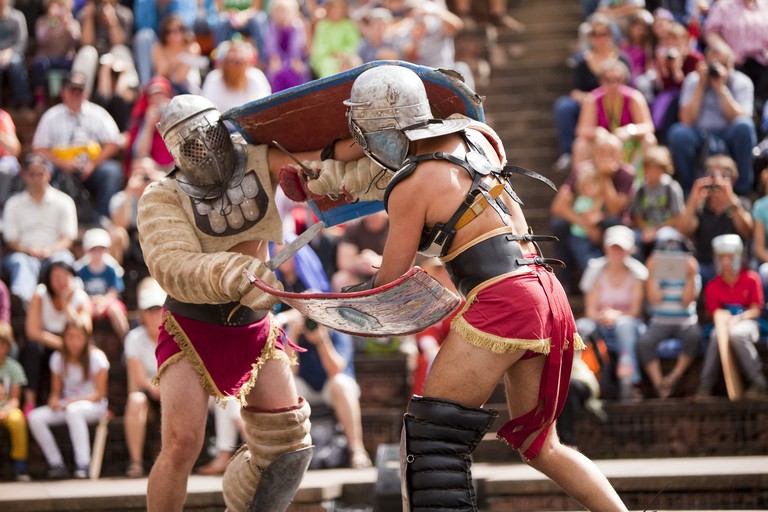 Ancient Rome comes to life at Augusta Raurica | © Susanne Schenker/ Augusta Raurica
The best is left until last on this tour. Augusta Raurica, a short trip from Basel, is the one of the best-preserved Roman settlements that you’ll find in Switzerland. Here, Roman society is brought back to life every year at the spectacular Roman Festival, featuring (bloodless) gladiator battles, traditional music and plenty of food from days long past.

In the museum, you can marvel at a treasure horde which is stepped in mystery, as no one knows who hid it or for what reason. Other sites include the well-preserved Roman theatre, a Roman house, baths, remains of a bakery and much more.
Give us feedback