Fancy Becoming a Swiss Guard? Here's What You Need to Do 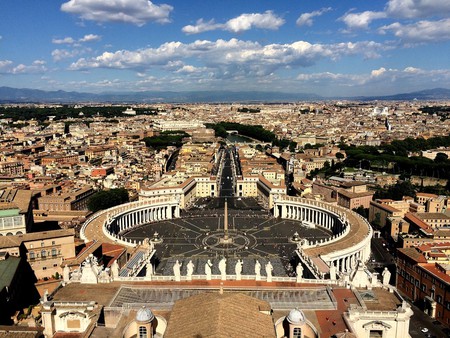 Living in Vatican City wouldn't be all that bad, would it? | © Bohemidan/ Pixabay

So, you’ve just come back from the Vatican and have your heart set on becoming part of the Holy Father’s private defence force. But be warned, spaces are limited (there are only 110 Swiss Guards) and the requirements are strict. If your heart still isn’t wavering and you are keen to serve, read on and good luck.

Sorry ladies, but as hip and progressive as Switzerland and the Catholic Church are, they still keep the Pontifical guard duties for dudes only. There have been murmurings about allowing women into the ranks, but it doesn’t appear likely to happen any time soon. 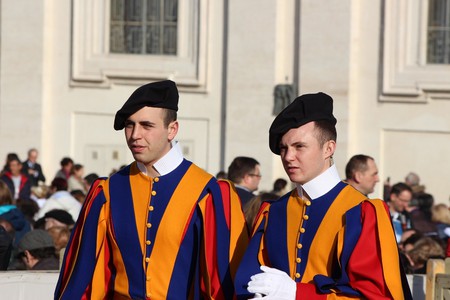 Shorties need not apply for this role. To be part of the Swiss Guard you’ve got to be at least 1.74 metres tall (around 5 foot 8 inches). Why? Because you’ve got to hold a really big spear (or halberd, to be precise, all day long, that’s why).

Easier said than done, but to be part of the Swiss Guard you actually have to be a living, breathing Swiss citizen. Weird huh? According to the Pontifical Swiss Guard’s website they wish to maintain their ‘typical Swiss character’ and all guardsmen must have a ‘particular attachment’ to Switzerland. Unfortunately, a penchant for fondue and fine chocolate isn’t enough, you also need the passport. 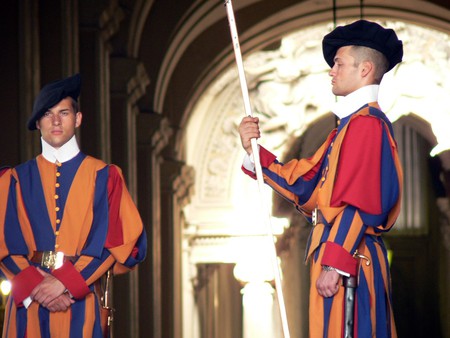 This is a tough one. On top of all of the above you must have an ‘irreproachable’ character. Precisely what is considered reproachable is probably something of a grey area. But if you once sneezed without covering your nose, or took a penny sweet without paying for it, you should be OK.

This kind of goes without saying. When you’re guarding God’s right-hand man you’ve got to be singing from the same hymn sheet, capiche?

As the Swiss Guard website says: “Anyone who wants to become a Swiss Guard had better decide early.”

Must have served in the Swiss army

All Swiss Guards must have completed their Swiss military service. If selected, the Guards then go under further training in self-defence and firearms. If you want to know what kind of heat the Swiss Guard pack, then check out this article. 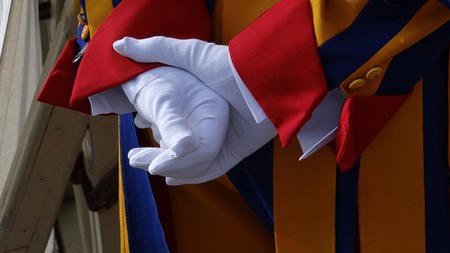 So, you’re a tall(ish) Roman Catholic male who is between the age of 19 and 30 and holds a Swiss passport, carry an unblemished reputation and have received thorough military training. Congratulations, you now have to survive a grilling three-hour long interview before you are even close to being admitted.