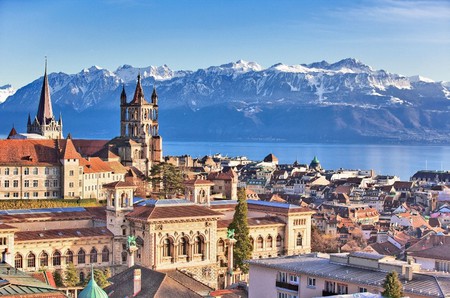 Lausanne on the shores of Lake Geneva | © Regis Colombo

Built on the shores of Lake Geneva and surrounded by mountains, picture-perfect Lausanne is a city brimming with culture. While small (it’s a city of roughly 150,000 people), Lausanne punches above its weight with just as much to experience as Zurich, Geneva and Basel.

Not only is Lausanne home to the International Olympic Committee, there are also idyllic festive Christmas markets, award-winning nightclubs, breweries, museums and some of Switzerland’s most famous vineyards to explore.

During summer, Lausanne is perfect for the adventurous and outdoorsy. Expect to find local Lausannois soaking up the sun at Jetée de la Compagnie, or enjoying a glass of wine on the Lavaux Vineyard Terraces, now a UNESCO World Heritage site. 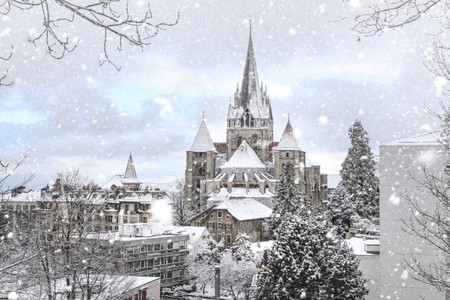 In December, the colourful coast transforms into a snow-covered wonderland. Footprints pattern the powdered cobbled streets, and the traditional homes lining the hillsides look even more festive.

From our window at Hôtel des Voyageurs, Culture Trip watched life pass by on Rue Grand-Saint-Jean. The famously hilly city (home to the world’s steepest metro) is even more taxing on tired legs when covered in several inches of snow.

Still, the Lausannois have some novel ways of dealing with the cold, with food and spirits being chief among them. Culture Trip enjoyed a traditional fondue (melted cheese served from a communal pot or caquelon) with a glass of Chasselas (a variety of white grape for which the Swiss are famous) from Domaine Croix Duplex. 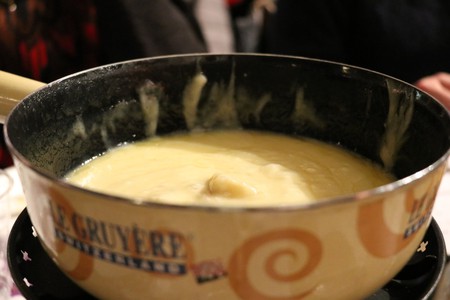 At the Christmas market, surrounded by lively voices and warmed by the wood-burning fire, we felt a million miles from the hustle and bustle of London – just one reason why Lausanne is perfect for a weekend winter getaway.

However, the secret may soon be out. Lausanne will host the 2020 Youth Winter Olympic Games and work is already underway on a new ice skating rink. In two years, the world’s best junior athletes and thousands of spectators will descend on the city to experience its unique charm.

Lausanne is probably most famous for being home to the International Olympic Committee (IOC). You can find out all about the history and spirit of the Games at the city’s Olympic Museum, which has an exhibition celebrating the PyeongChang Winter Olympics until April 2018. It is also home to Europe’s largest freshwater aquarium (which opened in October) and the Collection de l’Art Brut, a museum dedicated to outsider art. 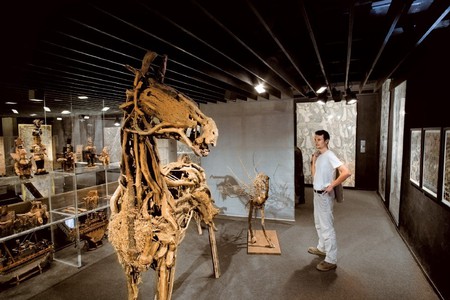 A short bus ride away (every hotel guest staying in Lausanne receives a free travel card), La Nébuleuse is putting Lausanne’s craft brewing scene on the European map. The brewery occupies a former printing factory, producing around 300,000 litres of beer each year.

One of its beers, Embuscade, was recently awarded third-best Indian Pale Ale (IPA) at the European Beer Awards and the brewery is best known for producing quirky small batch recipes, including shrimp-flavoured beer and a coconut porter.

Just a short ferry ride across Lake Geneva is the French town of Évian-les-Bains, where they produce a different kind of beverage – water. Culture Trip took a Belle Époque-themed breakfast cruise across the lake to the home of Evian water, enjoying breathtaking views of the snow-capped mountains and incredible sunrise across the lake. 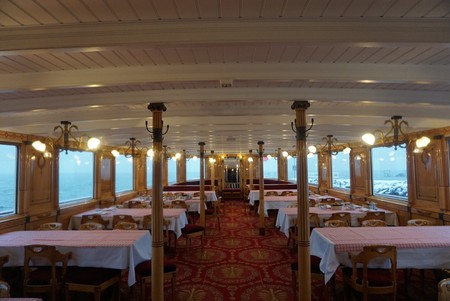 Lausanne is an international city where you can expect to hear French, German, Italian and English in one conversation. It has also attracted stars including David Bowie and Coco Chanel, who both lived here for a number of years.

For the time being, it remains an underrated continental city. But with food, architecture and culture this good, don’t expect it to stay that way for long!

For more information about planning your trip visit www.lausanne-tourisme.ch.