Switzerland is spoiled when it comes to scenery, with stunning lakes and the Alps rightfully catching the eye the most. However, there are many more sights to see that are less well known, but not any less breath-taking. Discover some of the top places to visit in Switzerland that you’ve probably never heard of.

10,000 years ago glacial run-off eroded a deep fissure into limestone to carve out the nearly 200 metre deep Aare Gorge. With the help of a network of trails and tunnels, it’s possible to walk along the entirety of the 1.4 kilometre gorge. 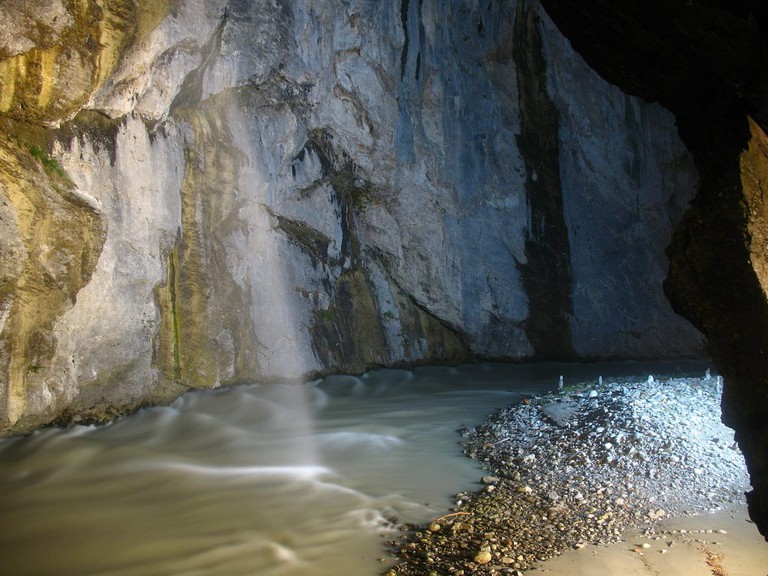 It took millions of years of erosion for the giant natural amphitheatre that is the Creux de Van to form in Jura mountains. The 160 metre high curving vertical cliff is a haven for ibex, marmots, birds of prey and many other species of wildlife. The Creux de Van is found close to Val-de-Travers district of Neuchâtel, and is a two hour drive from Geneva. 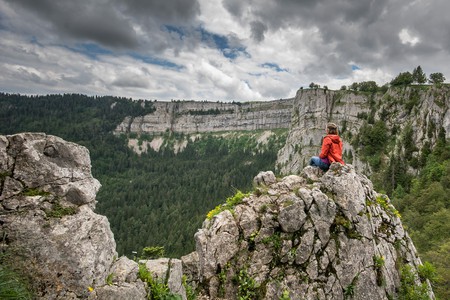 At the bottom of the lush green Areuse Gorge stands a stone bridge that turns a walk through nature into something a bit more magical; like a gateway to Terabithia. Arching across the river between the two steep cliff sides, the Saut de Brot is perfectly placed to allow you to admire the power of nature that created the Areuse Gorge years ago. You can take it all in as part of a hike through the Val-de-Travers. 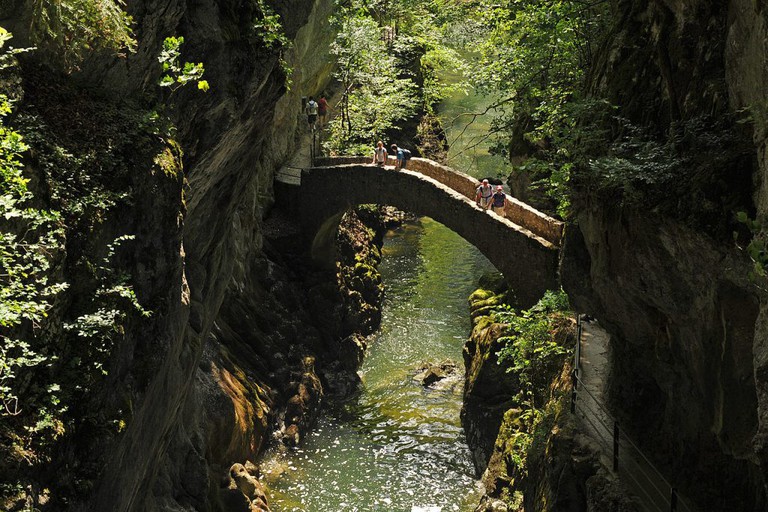 Hidden in the Jura mountain range is a beautifully small lake surrounded by a boggy march. This is the Etang de la Gruère and it’s considered a peat bog of national importance. Its atmosphere and scenery is more like that of the Nordic regions than central Europe. It takes around 45 minutes to walk around the entirety of the lake and there are also guided tours of the wider nature reserve. 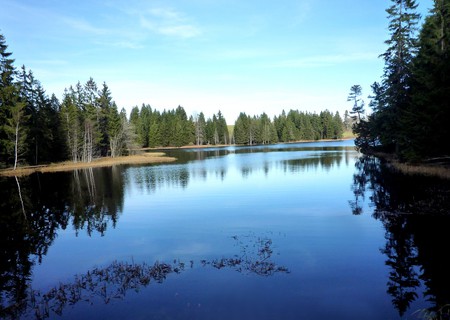 A two hour hike from the town of Romainmôtier in the canton of Vaud takes you to two beautiful, and relatively unknown, natural waterfalls. After trekking through the Nozon gorge, which has been compared to the Grand Canyon, you’ll be greeted by the Cascade du Dard waterfall. Following the trail you’ll then come to the Venoge valley and the Tine des Conflens, a stunning waterfall shrouded in greenery. 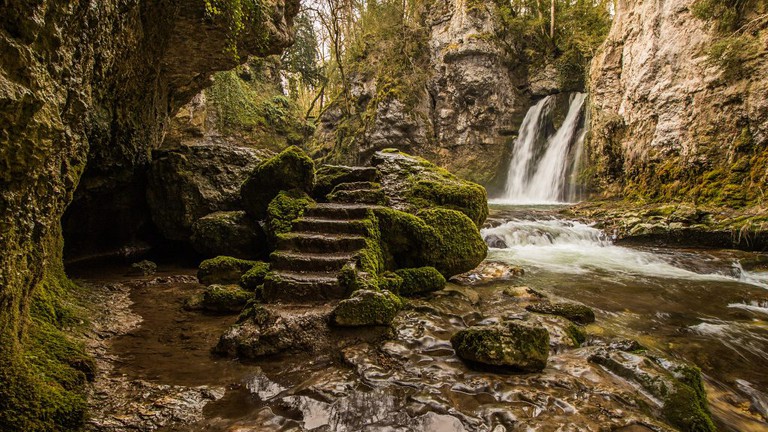 Legend has it that around 100AD, St. Beatus, like any pious monk would, decided to go and live in a cave above Lake Thun. But unfortunately, a fire-breathing dragon already called said cave home, so invoking the power of God and the Holy Trinity, St. Beatus slayed the dragon and afterwards casually went about his saintly business in peace. Now, it’s possible to visit a portion of the cave and admire its unique setting, with the entrance building standing against a vertical cliff. 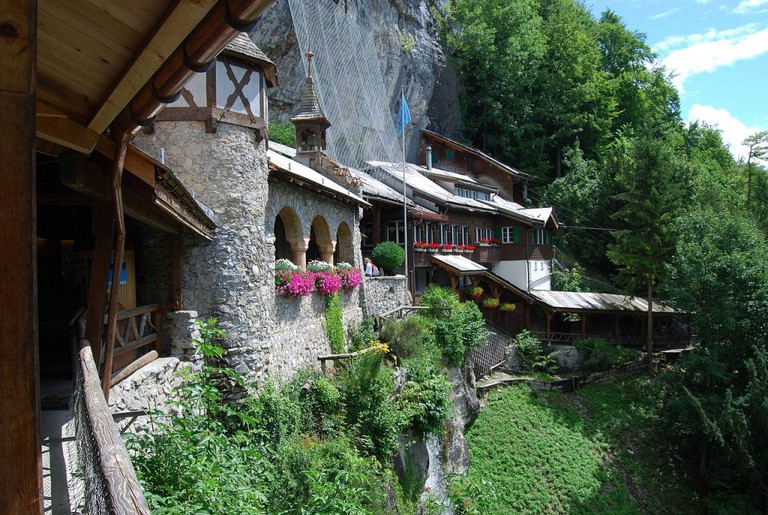 All eyes may be on the famous Château Chillon in Montreux, but in the town of Sion, there are a pair of other castles worth checking out. The two imposing castles sit on two hills opposite one another, overlooking the town that back in its day was the capital of Valais. The old town of Sion is also worth visiting as its medieval buildings are well preserved. 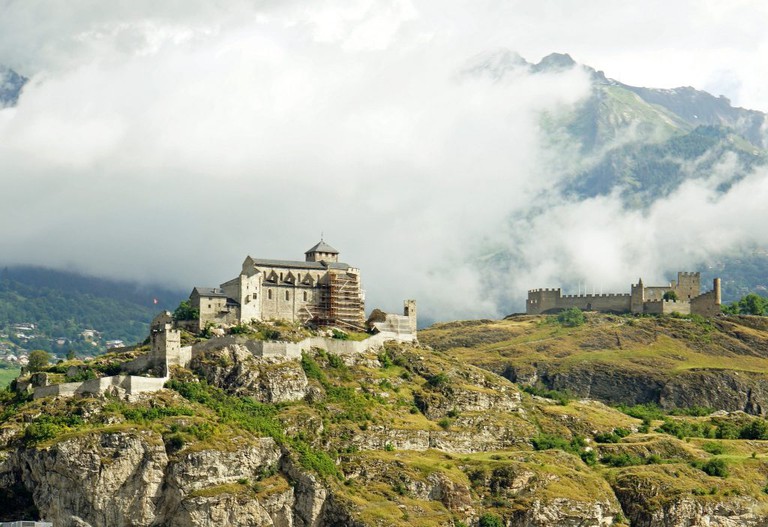 The mirror-like lake Oeschinensee captures the reflection of the surrounding mountains in its still waters. The lake is accessible via a gondola rail from the peaceful resort of Kandersteg. 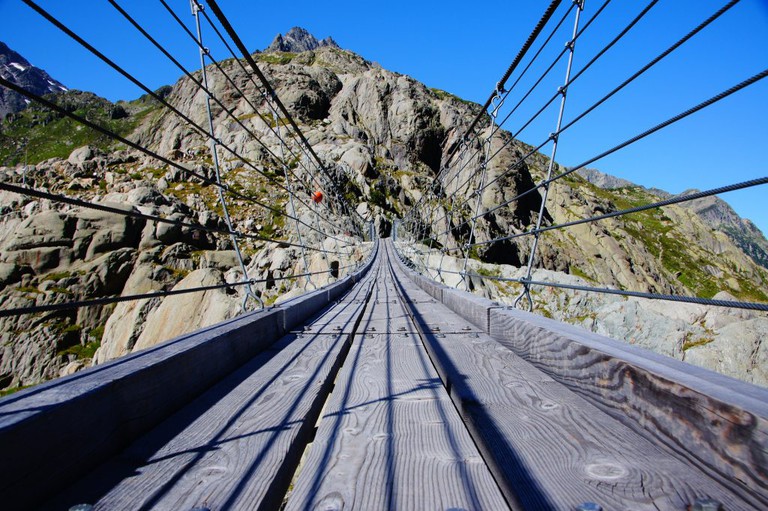 Just don't look down | © Martin Abegglen / Flickr
Stretching 170 metres and over 100 metres high, the Trift bridge is the longest pedestrian bridge in the Swiss Alps. We have climate change to thank for this marvel, as the bridge was built in 2004 because the Trift Glacier was no longer high enough to allow hikers access to the Swiss Alpine Club’s Trift Hut. A word of warning, this is definitely not for the vertigo stricken.
Open In Google Maps
Gadmen, Canton of Bern, 3863, Switzerland
+41339822626
Visit Website
Give us feedback
Give us feedback