Dive Into the World Fondue Championships in Switzerland 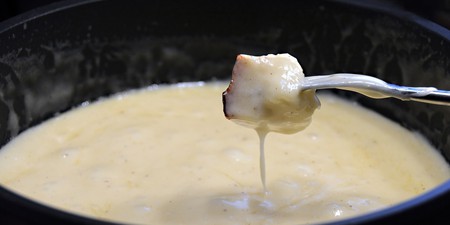 Things get cheesy at the World Fondue Championships | annca/ Pixabay

There’s no place better place to dig into Switzerland’s quintessential winter dish, cheese fondue, than at the biannual World Fondue Championships. First held in 2015, the event brings together cheese-lovers, chefs and critics in a celebration of all things fondue.

The tiny village of Tartegnin, which is home to only 240 people, found itself overrun with visitors last year, as 5000 cheese-lovers flocked to see fondue-makers battle it out to see who would be crowned the world’s best.

The rules are pretty simple. Each fondue dish should consist of at least 50 percent Gruyère, one of Switzerland’s most famous cheeses, and enough should be made to feed four people. Competitors can choose from an array of other ingredients to include in their dish.

If you’re not a big cheese fan then fret not, as there is a host of other activities that take place during the championships, including wine-tasting and traditional Swiss music.

Fondue, which is basically bread dipped into molten cheese, isn’t necessarily a Swiss dish, but it has become so deeply tied to Swiss culture that it’s almost sinful to visit the country without trying it. The dish has become so entrenched in the country’s culinary culture that there are a handful of dos and don’ts that surround eating it. 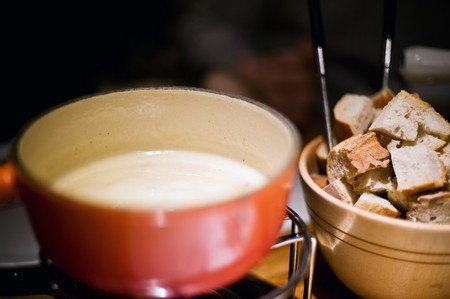 First held in 2015, the World Fondue Championships are well on their way to becoming one of Switzerland’s signature culinary competitions. According to the event organisers, 2017’s attendance was up 40% from the first edition. The next edition takes place in November 2019. Check out Mondial de Fondue if want to attend, sign yourself up as a taster, or if you fancy yourself as the world’s next fondue champion.