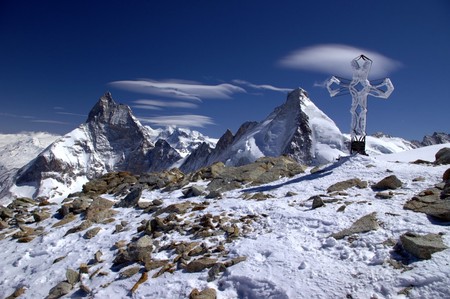 The Tête Blanche, near the Patrol's highest point | © Jackph/Wikicommons

The Patrouille des Glaciers (or Glacier Patrol) is a daunting race that takes place every two years in Switzerland. The Patrol combines skiing with mountaineering and is considered one of the toughest races of its kind in the world, where elite three-person teams compete against one another.

The modern Glacier Patrol can trace its history back to the Second World War. To test the fitness of military units, a race was organised in April 1943 and 18 patrols travelled 63kms to Verbier, following a similar route to the one taken today. Further races were organised in the following years and the Patrol grew in popularity. But with the tragic deaths of three participants in 1949 the event was cancelled and not brought back until 1984. Since then the race has taken place every two years when the weather allows.

The Patrol takes place once every two years in April. The next race is in 2018. 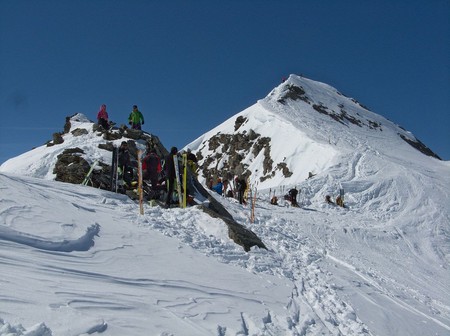 The summit of the Rosablance, another stage on the Patrol | © Dribagnac/Wikicommons

Where does it go?

The Patrol starts at the Bahnhofplatz in Zermatt. From there the route climbs up to the Tête Blanche, which is close to the highest checkpoint at 3,650m and on through high-altitude mountain passes to Arolla. The route ends in Verbier at 1,520m altitude. In total, the race covers 53km, including a total ascent of 4,277m.

Swiss teams hold both the records for men and women. The record for men is five hours 52 mins 20.7 secs, while for women it is seven hours 41 mins 18 secs.

The Patrol includes several military teams from Switzerland and around the world. The vast majority of teams that take part are ‘civilian teams’, in other words, regular people. Both young and old compete; in 2018, the youngest competitor is 18 and the oldest is 74. Anyone can take part but the challenge should not be undertaken lightly. You will require a high level of fitness. 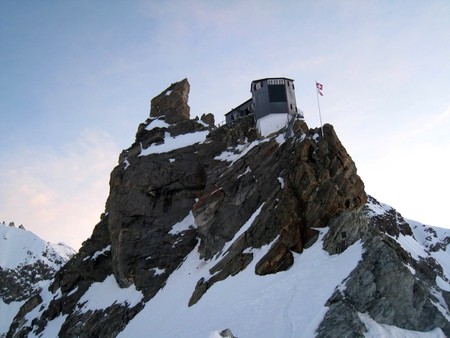 The Bertol hut sits above the Bertol Pass at an altitude of 3,279m | © Jack3/Wikicommons

How do I take part?

If all of this hasn’t put you off then you should be aware that places for the course are limited and the course is always popular. In 2018, 1,600 teams will take part. You’ll need to convince two others to join you as having a three-person team is a must. Head to pdg.ch for more information.

Otherwise, if the mere thought of such a venture is sending cold shivers down your spine, you can head to Zermatt to watch the race start or Verbier to watch as the finishers come in.

Is there any controversy?

Yes, there have been accusations about competitors doping in the past. Participants weren’t subject to any testing for performance-enhancing drugs. Since 2007, the PDG has been treated the same as any other Olympic event and doping tests can be carried out at random.