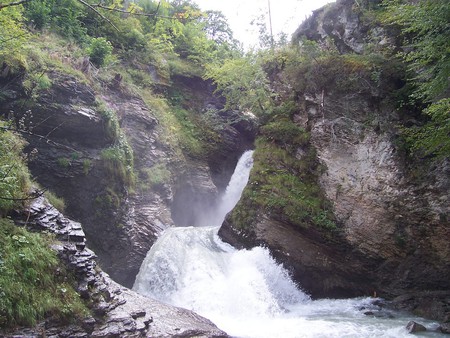 The Reichenbach Falls are known the world over as the scene of Sherlock Holmes’ fatal battle with his archenemy Professor Moriarty. The falls make for one of the most dramatic natural sites to be found in Switzerland.

While Conan Doyle is perhaps best known for his fictional detective, he came to tire of writing about him. ‘I weary of his name,’ he wrote in a letter to his mother. ‘He takes my mind from better things.’ Conan Doyle penned Holmes’ demise in ‘The Final Problem’ in 1983. Looking for a way to kill of his most popular creation, Conan Doyle was evidently inspired by the thundering Reichenbach falls during a trip to Switzerland during the same year with Sir Henry Lunn, a humanitarian and founder of a travel company.

Climbing to the ledge of Holmes’ and Moriarty’s epic tussle, visitors are greeted with a plaque that reads: ‘At this fearful place, Sherlock Holmes vanquished Professor Moriarty, on May 4, 1891.’ 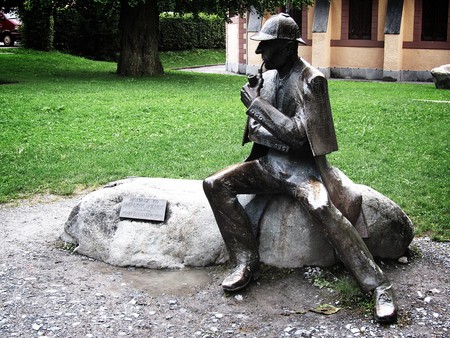 Later in 1903, the British author bowed to immense public pressure and concocted an elaborate, and truly Holmesian, escape method that brought his sleuth back from the dead in The Adventure of the Empty House. He went on to write twelve more Holmes’ novels in The Return of Sherlock Holmes.

Conan Doyle certainly brought fame to the falls, but their literary importance aside, the Falls make for a site to behold. The Falls are actually three separate waterfalls, of which the Grand Reichenbach fall is the largest. Water cascades 120 metres, creating a frothy column of foam along the way that is certain to set your hair on end.

The Falls can be found in the Bernese Oberland which is home to many wonderful nature sites worth visiting. They can be easily reached from Meiringen on foot or you can catch a funicular rail, which dates back to 1899, from nearby Willigen. Following a short path from the funicular takes you to the ledge at the Grand Reichenbach Fall from where Holmes and Mortiarty fell. Back at Meiringen, fans of Conan Doyle’s famous detective will want to head to the Sherlock Holmes themed museum. 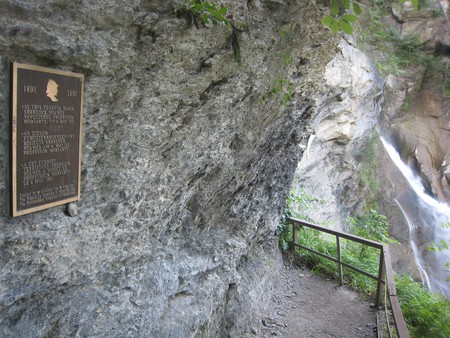