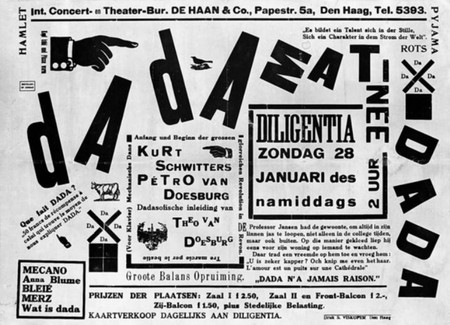 One of history’s most elusive art movements, Dada was as influential as it was mysterious. So what was Dada, why was it significant 100 years ago, and why does it matter now? We take a closer look at this provocative cross-disciplinary campaign, which is back in the spotlight on its 2016 centennial.

“The beginnings of Dada were not the beginnings of art, but of disgust,” explained poet and first-wave Dadaist, Tristan Tzara. From 1914 through 1918, World War I was responsible for death and destruction on an unprecedented scale. Technological advances exponentially increased the conflict’s brutality, concluding with an estimated 17 million casualties. Disillusioned by society’s barbaric state, a group of like-minded intellectuals banded together to declare their own war on modernity.

In 1916, German author and poet Hugo Ball founded Cabaret Voltaire – the Zürich-based nightclub where Dada was officially established. Zürich was the perfect environment in which to preach creative anarchy, as Switzerland’s political neutrality attracted artists and intellectuals from across Europe. Aided by Jean Arp and Marcel Janco amongst others, Dada took shape and form across the visual and literary arts, promoting a new age of ‘anti-art’. 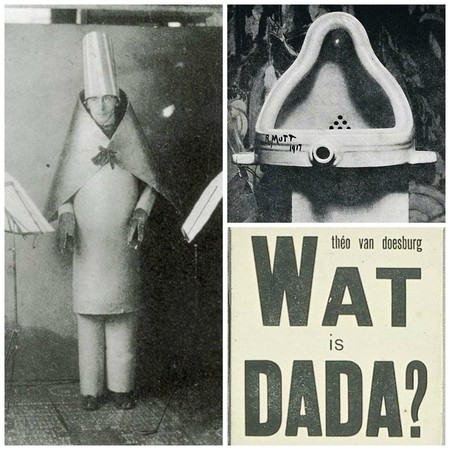 While Dadaist principles were mostly expressed through art and literature, Dada wasn’t confined to the realms of either. Dada was anti-everything related to the establishment, and marked a critical turning point in collective consciousness. Dada permeated society and inverted rationale. The simple act of articulating its name had the speaker – perhaps even unknowingly – engaged with its purpose; an otherwise nonsensical term, ‘Dada’ translates to several unrelated objects and concepts across multiple languages, from ‘cube’ in some Italian dialects to ‘hobby horse’ in French. Thus Dada was everything and it was nothing, and it was this precise ungraspable absurdity that fueled the movement and its practitioners.

From 1916 through the mid-1920s, Dadaists mocked society’s repressive boundaries and tore at its conventions with complete irreverence. At Dada’s core was the aim to disempower authority and undermine tradition, while empowering the ‘free-thinking individual’ and restoring a sense of enchantment to a war-torn world. Dadaist artworks didn’t require utility, logic, or limits; Dada culture was a free-for-all, hellbent on destroying the fetters of sensibility.

From Max Ernst to Man Ray, Hannah Höch to Marcel Duchamp, Dada artists made radical history and bequeathed a legacy of rather arresting multimedia artworks. There is no single aesthetic that unifies Dadaist art; rather, each unique collage, painting, sculpture, and installation adheres to the unifying idea that art should be absurd, imaginative, and created for the sake of expression. As Man Ray explained, “Dada is a ‘state of mind’.” 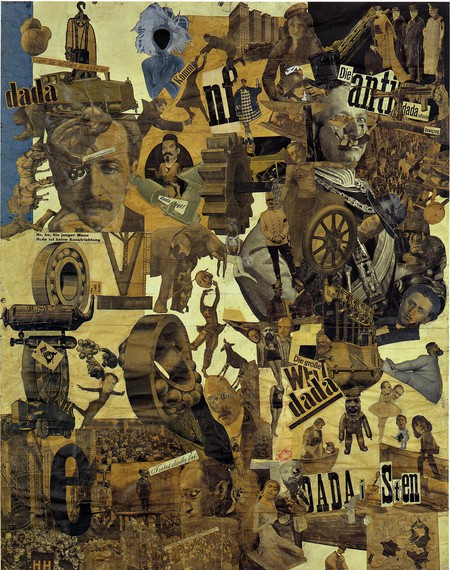 Max Ernst was one of the first Dadaists, whose paintings, sculptures, and installation art also set the stage for Surrealism later on. A peculiar character in his own right with a bird alter-ego called Loplop, Ernst commonly depicted fantastical, impossible hybrid creatures suspended in vast dreamscapes.

Comparatively, German Dadaist (and the only noted woman in this predominantly male group) Hannah Höch is remembered for her photo-collages, which commented on society’s empty promise of gender equality for women. Höch used her collages to criticize societal institutions like marriage by depicting brides as mannequins, for example.

Marcel Duchamp, the movement’s best-known artist, was famous for his “readymades” – and while calling repurposed everyday items ‘art’ may sound like the antithesis of revolutionary, by altering the context of a urinal Duchamp sparked a trajectory of conceptual art, which paved the way for Warhol’s soup cans and Damien Hirst’s formaldehyde art. More so, these artists advocated timeless humanist principles of free thought and unrestricted creativity.

By 1924 Dada was on the decline, but Surrealism quickly followed on its heels. Preaching the renaissance of humankind’s “beloved imagination,” André Breton utilized and built upon Dada’s legacy, leading the world into a new, wondrous age of bold fantasy.