Caprices Festival: Bringing the Party Back to the Swiss Alps 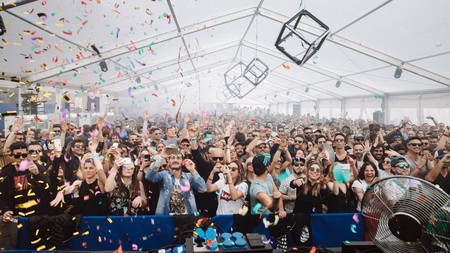 An iconic mountaintop music festival is set to return to Switzerland at the end of the summer for the 18th year in a row. Caprices will take place over two weekends in September 2021, and features an extended programme to incorporate other festivals that have been postponed due to the global pandemic. Here’s everything you need to know about the ultimate Swiss party and why it signals a return to a form of normality.

Set on a sunny plateau in the stunning Crans-Montana resort in Switzerland, and one of the top international music festivals in the world, Caprices is already a firm fixture on every music lover’s calendar. Against all odds the event went ahead last year, albeit in a reduced format, but the plan is to go full steam ahead in 2021. 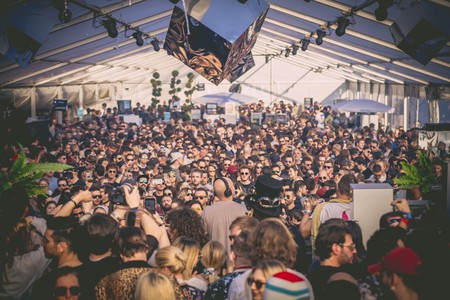 The Modernity Stage is a glass structure that makes for one of the most incredible music venues to visit in the world. The stand-alone, greenhouse-like stage sits 2,200m (7,218ft) above sea level, offering guests panoramic views of the skies and snow-capped mountain vista while partying in the crisp mountain air – which sounds to us like a great way to enjoy a post-lockdown escape. The first weekend is scheduled for 17-19 September; the second (24-26 September) will round off the event.

“The festival started off as a live-music festival inviting artists such as Iggy Pop, Erykah Badu, Cypress Hill and Björk,” says Aminata Kaba, head booker and coordinator of Caprices, who has been involved with the festival since its inception. “About 12 years ago, at 7am, we had a spontaneous idea, with DJs Sonja Moonear, Guillaume Coutu Dumont and Luciano, to carry the speakers on our shoulders up the mountain by gondola and organise an after-party on the slopes for about 30 people.” 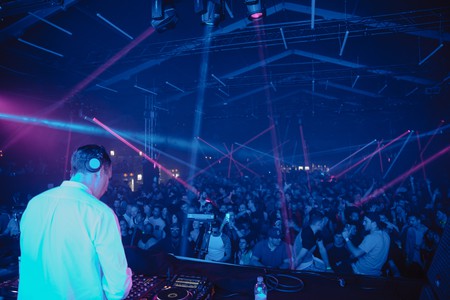 “The following year we did the same,” she continues, “with Ricardo Villalobos playing back to back with Luciano for couple of hundred people. After that we decided to build a proper stage for a few thousand people 2,200m up the Swiss Alps. That was the beginning of the Modernity Stage. Now the festival has three stages that run across two weekends, attracting 25,000 people from all over the world.”

Aminata, one of the few Black women involved in any annual music event at such a high level, is a fascinating personality on the festival circuit. 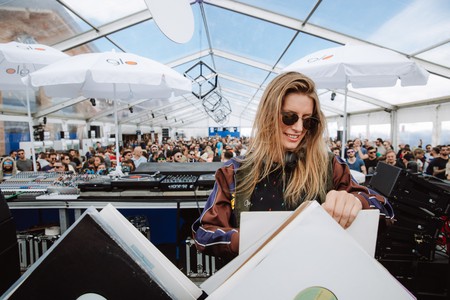 “At the beginning of my career I had to face additional challenges, because there weren’t many women working in music, but over the years, and especially with electronic music, there are [now] more and more women involved. We are still a minority, and it is still a male-dominated world, but it is getting better.”

The two-weekend structure of Caprices is also something of a rarity, but it’s been set up this way for a good reason. This is an international festival, so the spacing of events allows visitors the chance to explore the country during the week in between. Aminata, a big fan of her home country, moved to Thailand during the pandemic, which proved to be something of a healing escape, and is now based between the two countries. 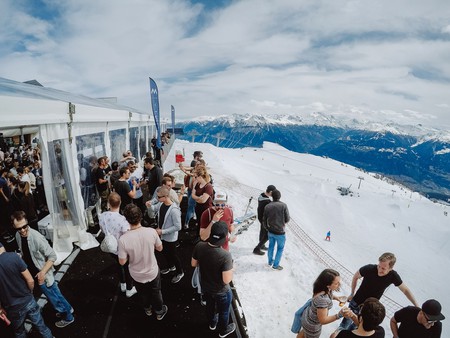 Around 25,000 people are expected to attend Caprices over two weekends | © Caprices Festival

“I always liked Thailand for its landscapes, beaches and food, and the fact that everything is so easygoing. When Switzerland announced the lockdown, the next day I was on a plane to Thailand. I hadn’t expected to stay there for so long, but it allowed me to realise that it was the kind of environment where I wanted to live permanently. I was lucky to be in Koh Phangan where actually there was no Covid, as they closed the islands for several months. Nevertheless, we had some restrictions – such as curfew for two months from 10am to 4pm – and parties were not allowed, but this only lasted for a short period.”

As unlikely as it seemed only a few weeks ago, the festival season seems to be gathering pace. This summer will see events taking place across Europe and beyond, but few will be able to match the sheer spectacle of this party high in the Swiss Alps. 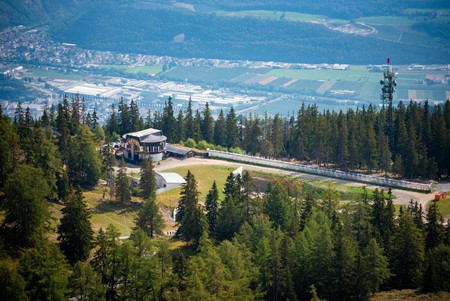