A Brief History of the Eiger, Switzerland's Fearsome Mountain 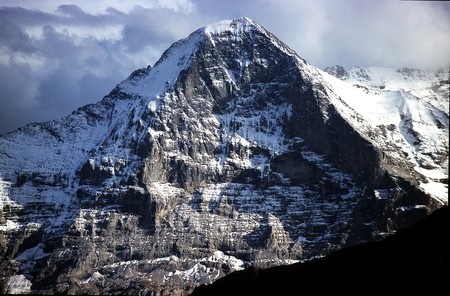 The north face of the Eiger, one the Alp's toughest climbs | © Terra3/ Wikicommons

The Eiger is a 3,967 metre high mountain with a fearsome reputation. It towers over nearby Grindelwald, a popular hiking and skiing destination in the Bernese Alps. Read on to discover the story behind this iconic Swiss landmark and the tragic events that earned its North Face the name “Mordwand”, or death wall.

An international trio (Christian Almer and Peter Bohren of Switzerland and Charles Barrington of Ireland) first climbed the Eiger back in 1858. But it would take many decades more until the first ascent of the mountain’s North Face, the biggest in the Alps, was achieved.

On July 24, 1938 a joint Austrian-German climbing team reached the top for the first time ever. But this came only two years after another Austrian-German team faced disaster on the mountain, earning the North Face its deadly name. 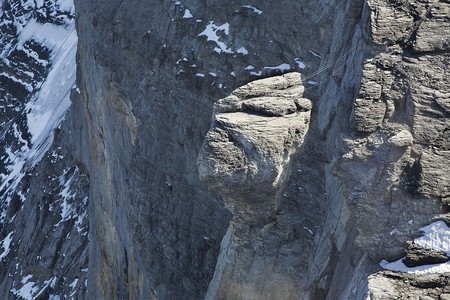 A closer view of the Eiger’s North Face. Its fearsome reputation is well-earned | © beauport / Wikicommons

Things started badly when one member of a 10-man team died during a training climb. This, and terrible weather conditions, convinced five of the climbers to walk away. When the remaining four climbers (Willy Angerer, Edi Rainer, Andreas Hinterstoisser and Toni Kurz) set off, an already tricky climb was made more difficult by frequently changing weather conditions and tumbling scree – which injured Angerer’s shoulder on the second day. With visibility reduced, they were unable to push onwards or retreat, the four waited out the night.

The next day, as Angerer’s injury was severe, the team made the decision to go back down the mountain. It was then that tragedy struck. After abseiling down the Eiger’s vertical face, the team were briefly able to make contact with those on the ground and reported that all was OK. While preparing for the final portion of their ascent an avalanche swept down the mountain face, carrying Hinterstoisser off and knocking Angerer against the mountainside, killing him on impact. Rainer died after becoming entangled in his climbing ropes. Only Kurz was left. Despite his own attempts, hampered by exposure to the elements and injuries, and the frequent efforts of rescuers to reach him, Kurz perished on the mountainside, only inches from the rescue team.

Two years later, the mountain was conquered. But it has never lost its fearsome reputation and has gone on to claim the lives of a further 60 climbers since 1938. It continues to take lives today. Despite advances in climbing technology, the Eiger remains a highly technical and difficult climb and should not be approached without significant experience. It is known as the death wall for a reason.

If you want to experience the glory of the North Face, without risking your life, you can follow a hiking trail that’ll allow you to get up close and personal to this wonder of nature. 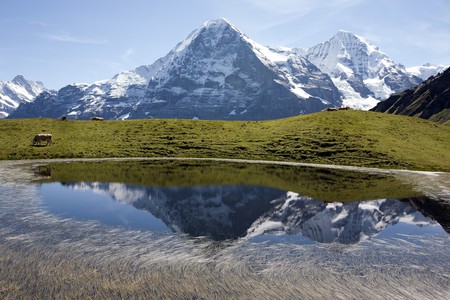