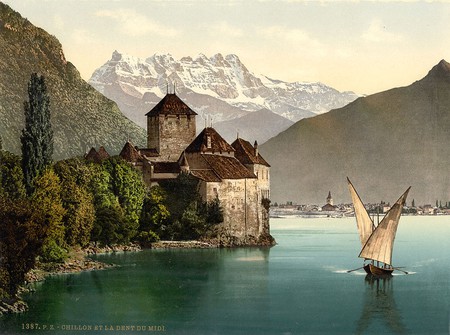 Perched on a small island on Lac Léman also known as Lake Geneva, near the town of Montreux, Chillon Castle is a spectacle not to be missed during any visit to Switzerland. Ideally located with breath-taking views of the surrounding Alps, it holds the enviable status as the most visited historical building in the country, with 350,000 visitors every year.

Life on the little island plot that is home to Chillon dates back to the Bronze age, but the first mention of an actual settlement doesn’t appear in the written record until 1150. At that time, the area was under the control of the Counts of Savoy. Back then, it was likely to be a group of structures that over time were joined together to form the modern castle.

The Counts held Chillon for over 400 years, its strategic position on Lake Geneva gave them control over important trade routes from Italy through the St. Bernhard’s Pass to the north.

But the Counts of Savoy also liked to relax now and again, particular Peter II (1203 – 1268), who turned the Castle into part-summer-residence, part-fortress. It’s during this time that the present castle that we can see began to take its shape and today it is still possible to see wall paintings that date back to the 14th Century. 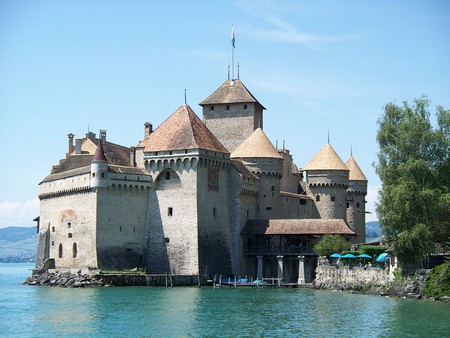 Chillon Castle, summer home to the Counts of Savoy | © TriviaKings/WikiCommons

The Savoys did not stay in Chillon all year-round, instead they traveled across their territory as a way of keeping control. In part due to the Savoy travel-bug, Chillon fell out of favour and into disrepair as the Counts extended their control over French-speaking Switzerland. Other castles caught the eye as a summer home and Chillon became a dungeon first and foremost.

In 1536, the Bernese who rebelled against the rule of the Savoys, besieged Chillon for three weeks, marking the end of their conquest of the Pays de Vaud. For the next two hundred years, the Bernese held the castle but they continued the practice of their former masters and used it mainly as a weapons store and a prison.

The castle then passed into the hands of its present owners in 1798 when the Vaudois, inspired by the French Revolution, rebelled against the Bernese in 1797. After a tumultuous period, during which the Helvetic Republic rose and fell, the Canton of Vaud joined the Swiss Confederacy in 1803 and since then has held sway over Chillon.

Soon after, Lord Byron, the famous English poet immortalised the castle and its imposing dungeons through the life of François Bonivard, a Genevois monk, who was imprisoned there for four years in the 1530s for the crime of committing unpatriotic acts against the Savoys. 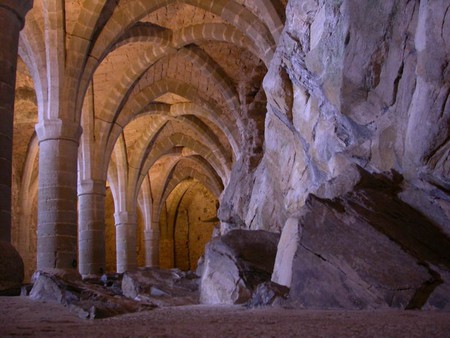 The dungeons of Chillon | © Ioan Sameli/WikiCommons

Chillon’s dungeons are an impressive architectural feat, as they are cut into the rock base of the castle. Byron, inspired by the thought of Bonivard in chains in the dank underbelly of the castle, penned The Prisoner of Chillon, a poem that romanticised the castle and placed it firmly in the annals of history. Byron was so enamoured with the place that he etched his name on to one of the castle’s gothic pillars and his scrawl can still be seen today.

After many centuries of neglect, restoration of Chillon began towards the end of the 19th Century and is still ongoing to this day, ensuring that the beautiful Chillon Castle and its tumultuous history remain there to be enjoyed for many years to come.

When you visit, you can truly feel the weight of the castle’s history upon you. From the beautiful views of Lake Geneva and the Alps that attracted the Savoys in summer to the dreary dungeons, which held manyunfortunate souls over the years, Chillon Castle is an experience that should not be missed on any trip to Switzerland.