9 Surprising Things You Didn’t Know About the Swiss Military

Switzerland is known for a few things: chocolate, great watches, banks and its neutrality. But despite not having taken part in an armed conflict for over 500 years, the Swiss shouldn’t be confused with a bunch of flower waving pacifists.

Yes, that’s right. Switzerland is known worldwide for its international neutrality. But that neutrality has been fiercely defended over the years, particularly during the two World Wars. To maintain a fighting force, all men are required to do military service. They also have to keep a weapon, or stock it in an armoury, meaning that Switzerland has some of the highest rates of gun ownership in the world.

Bankrupt Frenchmen are the baddies in Swiss military games

In 2013, the Swiss ran a futuristic military game where a bankrupt and factionalised France invaded the country to steal all of its money. One of the factions, dubbed Saônia, was behind the three-pronged invasion that swept into Switzerland from Neuchâtel, Lausanne and Geneva.

In 1992, some of Switzerland’s finest soldiers went to set up a guard post near the town of Triesenberg. The soldiers set up camp in a house and settled in to serve their country. But in a cartographic blunder of epic proportions, the soldiers hadn’t realised that Triesenberg is actually in Liechtenstein. A local resident informed the police that a house was crawling with Swiss infantrymen, but by the time they showed up the soldiers had scuttled off. 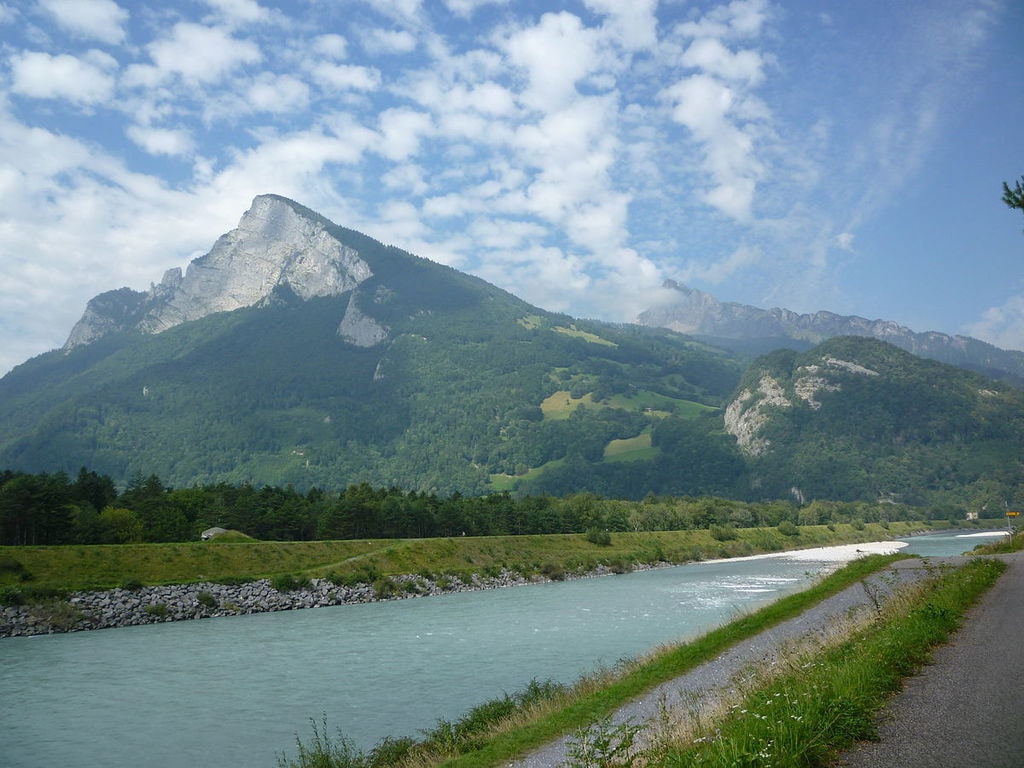 The Swiss regularly seem to forget that the border with Liechtenstein exists, but the Liechtensteiners seem cool with that | © St9191/ Wikicommons

March 1, 2007. A group of Swiss military recruits are patrolling the Switzerland-Liechtenstein border. Unfortunately for them, some bad weather sets in and they lose their way in the dead of the night, accidentally stumbling across the border into the neighbouring principality. Incidentally, Liechtenstein has no army of its own, so the 170 armed men may well have overthrown the tiny country if they so wanted. This minor ‘invasion’ caused little to no fuss on either side of the border, and in fact the Liechtensteiners weren’t even aware of the incident (“These things happen,” was their government’s nonchalant response when the Swiss owned up to their accidental invasion the next day). But it still counts as a black smudge on that famous Swiss neutrality, just like when…

In 1968, the Swiss accidentally tossed some grenades over its unmanned border with Liechtenstein. The live ammunition thundered down on the ski resort of Malburn. Nobody was hurt, and it was all put down to a really, really bad mistake. In hindsight, the rather blasé response of the Liechtenstein government in 2007 is totally understandable, as they are probably well and truly used to the Swiss messing with their borderlands.

Vegans can serve – and that’s a big deal

A parliamentary motion was filed to ban vegans from serving in the military as the army had been ‘ridiculed by a vegan soldier’, according to a member of the right wing Swiss People’s Party. In early 2017, the motion was quashed. The case came about after one Antoni Da Campo was thwarted in his military ambitions by his lifestyle choice, refusing to eat animal products or wear leather. 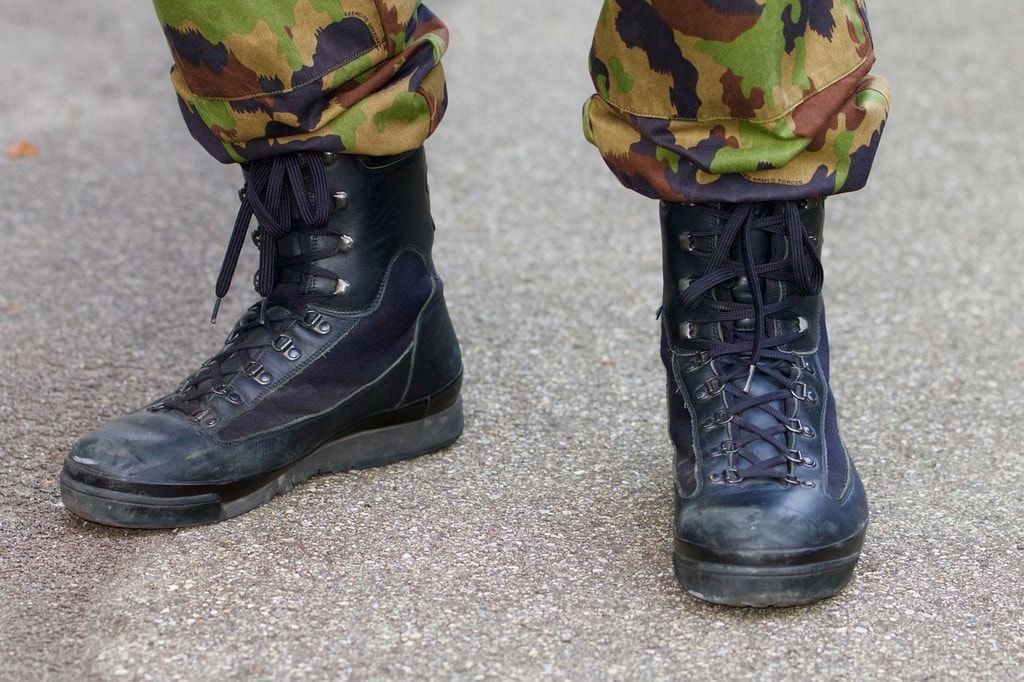 Vegans can now join the military but have to pay for their own synthetic, leather-free boots | © 422737/ Pixabay

Nothing hides a mammoth, anti-tank cannon like a nice pink house. The Swiss ‘Toblerone Line’ – a long line of cement blocks, interspersed by camouflaged artillery – runs for 15km from the Jura mountains to Lake Geneva. The Toblerones and the ‘Villa Rose’, as the pink gun-toting house is known, were built during the last war, when invasion was a real threat.

When an Ethiopian pilot hijacked his own plane (he took control when his pilot buddy was in the loo) and diverted it towards Geneva airport, panic rightly ensued. Well, not exactly. The Swiss air force hadn’t turned up yet because all of this was happening at 6am, two hours before the Swiss military machine wakes up to defend the nation. “Switzerland cannot intervene because its airbases close at night and on the weekend,” a spokesperson said. So if you’re planning to invade Switzerland, do so on the weekend. 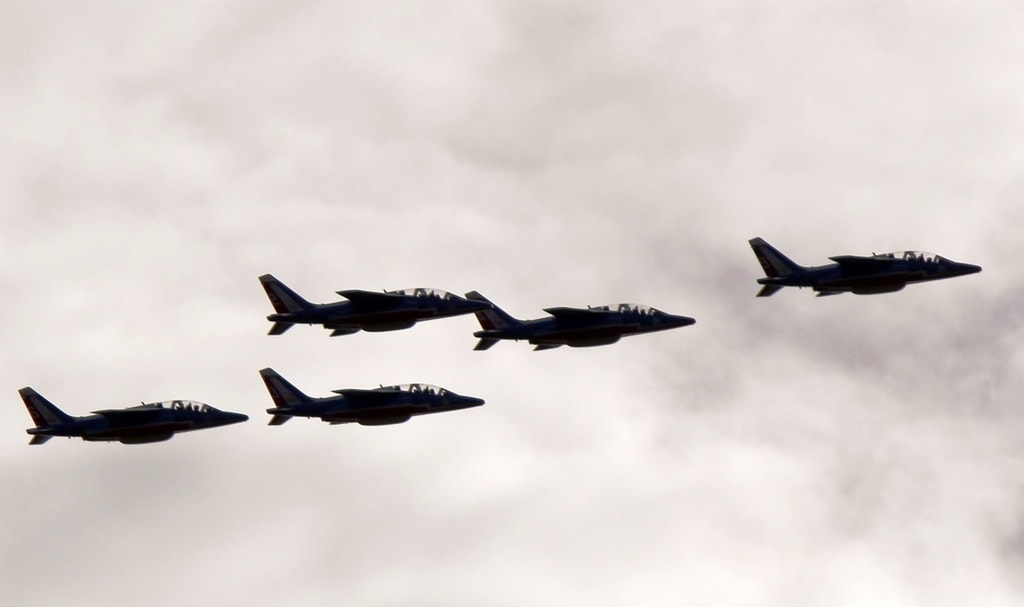 If Antoni Da Campo hadn’t been allowed in to the military he would have had to pay a 3% tax on his taxable income until the age of 30. Everyone who is considered unfit for the military (except for the disabled) are required to pay this ‘exemption tax’.