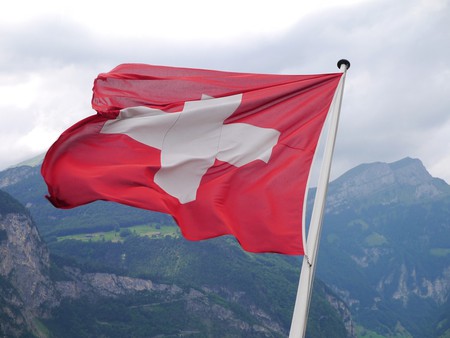 The Swiss national flag is perhaps one of the most recognisable flags across the entire world. But despite that, people still don’t seem to know the basics about it. So to help you out, we’ve got you covered with these cool facts that should impress your new Swiss friends.

That’s right. It’s one of only two square sovereign-state flags in the world. The other belongs to Vatican City.

And nobody can handle that

Living as a square in a rectangular world is tough and the Swiss flag knows that. A couple of years ago, a whole fuss was caused when the European Commission hoisted up a rectangular Swiss flag instead of the correct square one. When the embarrassing incident was noticed they immediately rectified their mistake and an international incident was avoided. 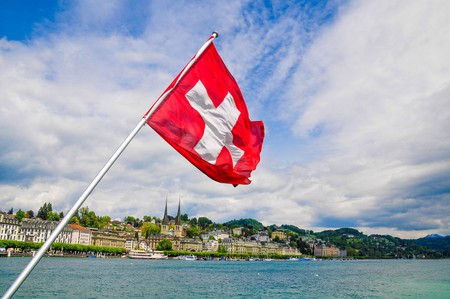 Napoleon, whether you love him or hate him, was great at many things – winning battles (except in Russia), creating laws and also the odd bout of nepotism, to name a few. But alas, flag designing was not among the Frenchman’s many talents. Switzerland’s first national flag (technically for the Helvetic Republic) was cooked up by Napoleon (it was a tricolour of green red and yellow) and didn’t outlast the Emperor. It was canned pretty quickly and that’s probably for the best.

Schwyz is one of Switzerland’s 26 cantons and was part of the Old, three-canton Swiss Confederacy (before everyone else joined in on the act). The current ‘Swiss Cross’ is based on Schwyz’s coat of arms which is, drum roll, red with a white cross on.

If you meddle with the Swiss flag on any public building, or any cantonal flag for that matter, you could face a hefty fine or up to three years imprisonment. So, if you feel the need to touch it, burn it or in some way mess with it, just don’t.

All that merchandise is illegal, sort of

There’s been some confusion over how exactly the Swiss flag can be used. According to the 1931 Federal Act for the protection of public coats of arms and other public insignia, the use of the Swiss flag for commercial purposes was illegal. So, now you’re thinking that nice Swiss-flag mug you bought is actually illegal contraband. Well, not exactly. If the goods originate in Switzerland, and pass the ‘Swissness’ test, it’s OK. Basically, you’re off the hook.

A cow with the Swiss flag on it? For commercial purposes? Of course not | © annca/ Pixabay

That’s the shade of red used in the Swiss flag, just in case you were wondering.

“What’s the best thing about the Swiss flag?”

“I don’t know but their flag is a huge plus.”

If the Swiss instigated a law banning Swiss flag jokes we’d all be better for it.