6 Books Based On Switzerland You Need to Read 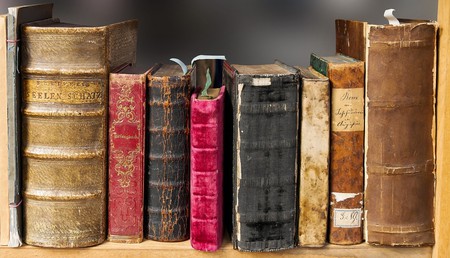 Switzerland has long attracted artists and writers who’ve been inspired here or woven the country into their narratives. Keep reading to discover a few of the great books featuring Switzerland that you should make sure to pack before your trip.

You’ll probably know part of William Tell’s story; he’s the guy who was forced to shoot an arrow from his son’s head. But William Tell by Friedrich Schiller goes beyond this single event and traces the life of the man who is immortalized in Swiss history for standing up against the Habsburg Empire, fighting for Swiss independence. 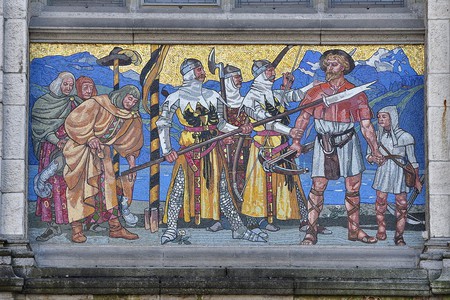 A shipwreck story of survival and family, The Swiss Family Robinson by Johann David Wyss is considered a classic. It follows a Swiss family on an ill-fated journey to Australia. Along the way, their ship is engulfed by a storm and they become stranded on a deserted tropical island in the East Indies. With little help of salvation, the family must learn to fend for themselves or perish.

Historical imagination is key here. Follow a young Albert Einstein in 1905 as he works in a patent office in Bern, Switzerland, while simultaneously pondering his ground-breaking theory of relativity. Einstein’s Dreams is just that, a collection of 30 dreams that the genius had, all concerning time. This modern classic by Alan Lightman has been translated into 30 languages.

Frankenstein or The Modern Prometheus

Mary Shelley’s epic novel was born and written on the banks of Lake Geneva. Shelley published the story, often considered the first science fiction novel, at the age of eighteen. Partially set in Geneva, the story follows mad-cap scientist, Victor Frankenstein, as he tries to reanimate a dead body, giving life to a ‘monster’. You can visit Frankenstein’s statue in Plainpalais, Geneva, the site of his first murder in the novel.

Arguably one of Ian Fleming’s greatest novels from the James Bond series, the story follows Bond on the tail of Auric Goldfinger, a gold-smuggling villain. This classic takes Bond to the streets of Geneva, Switzerland, as he investigates Goldfinger and features one of his most notorious adversaries: the hat-wielding Oddjob.

Want to understand all those uniquely Swiss quirks that lie beyond the banks and cheese fondue? Look no further than Diccon Bewes Swiss Watching, as the author takes you on a jaunt through the country and its history. By peering into the inner workings of Switzerland, Bewes reveals a people who are both fascinatingly complex and full of hilarious contradictions.