Switzerland is renowned for its chocolate, but few realize that it produces unique wines; 20 out of 26 regions grow over 200 grape varieties. Despite the diversity, volume is low with production equal to just over 10 percent of Bordeaux’s annual harvest, and almost all consumed domestically. With most vineyards either surrounded by mountains, overlooking lakes or often both, the scenery itself is difficult to resist, even for non-wine drinkers. 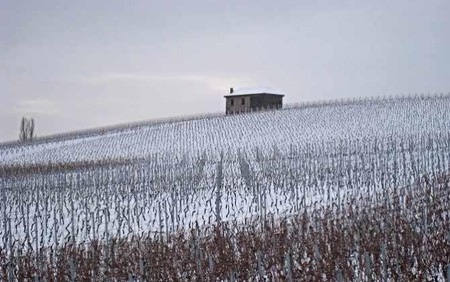 Valais, home to the flashy ski resorts of Verbier and Zermatt, is Switzerland’s largest wine producer. It is renowned for its sunny and dry microclimate. The vineyards line the north slopes of the Rhone valley, rising up narrow, steep terraces and overlooked by snow covered peaks. Valais is home to several unique grapes. Try the white Petite Arvine, the flagship Swiss wine, in its birthplace of Fully or the red Humagne Rouge in Leytron. Start your journey in Sierre, the capital of Valais wine and its Valais Wine and Vine Museum, which is split into two parts. The first at the Château de Villa in Sierre provides a history of wine including the production process and an extensive collection of wines to taste. The second part, located in the nearby town of Salgesch at the Maison Zumofen, focuses on local conditions and grape varieties. The two are conveniently linked by a Wine Path through picturesque vineyards and more tasting opportunities. 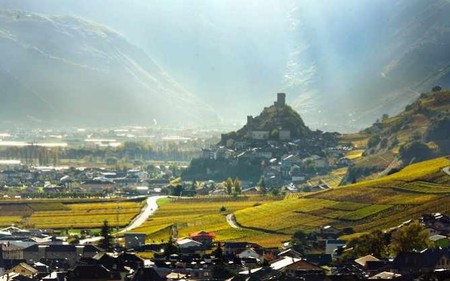 From Valais, go north to explore the UNESCO-listed Lavaux terraces in Canton Vaux, famous as the homeland of Chasselas, Switzerland’s most consumed wine. Take a walk through the vertical, terraced vineyards plummeting straight into shimmering Lake Geneva, with the sharp mountains rising out of the lake. The scenery between the lake-side villages of Lutry and St. Saphorin is a tourist board’s dream. With many train connections, it’s easy to walk just a small stretch of the distance, following the signposts. 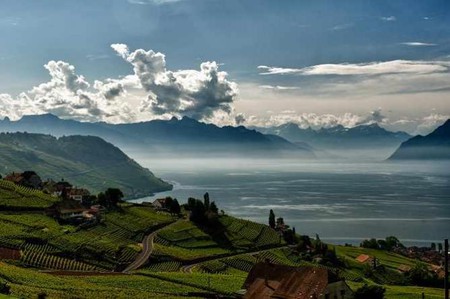 In North-Eastern Switzerland, the wines of the three-lake region grow around the slopes of lakes Neuchatel, Biel and Murten. With the south-facing, terraced plots on the Jura mountains dipping gently into the lakes below, this area works well for bike tours. Chasselas and Pinot Noir are the main varieties. Try the local specialty, l’Œil-de-Perdrix, a rosé made from immediately pressed Pinot Noir grapes. 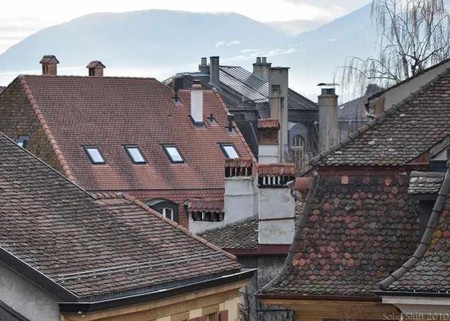 In the East of Switzerland, all the German-speaking cantons produce an endless variety of wine. The hot and dry foehn wind is a key factor responsible for ‘cooking’ the grapes. Red wines are most popular with all the possible declensions of the Pinot Noir. The Riesling-Sylvaner, known here as Müller-Thurgau, is the most common white. For the full Heidi experience, head to Grisons or Graubünden, where the vineyards follow the Rhine valley and the hipsters ski in St. Moritz. This is the homeland of the completer grape, another indigenous variety whose origins can be traced back to the 8th century. The cliff-backed village of Malans is considered the birth place of this dry white and a good place to also try some of the region’s star Pinot Noirs. Nearby, the village of Maienfeld is the start of Heidi pilgrimages and the location of Château Salenegg, one of Europe’s oldest vineyards. 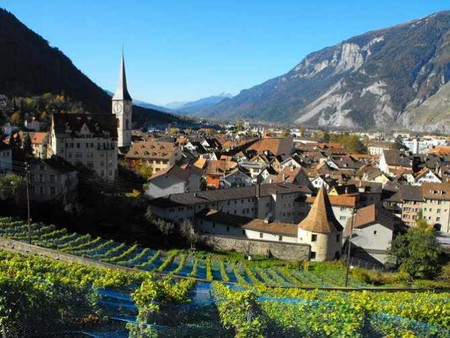 South of the Alps, Switzerland’s little Italy, Ticino, both the sunniest and rainiest canton, predominantly produces fine Merlots. In the north, around Giornico and Biasca for instance, the traditional pergola method is still used for growing the vines. There are several wine routes to follow including north of Bellinzona or around Mendrisiotto. The latter winemakers offer wine buffs the opportunity to participate in the harvest for a day. 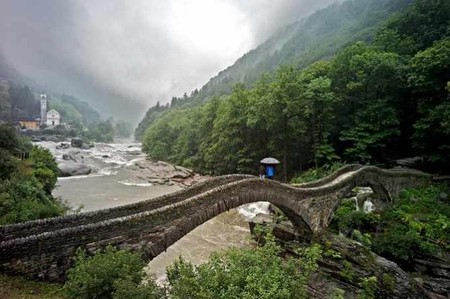 Geneva, home to international organizations and private banks, is also Switzerland’s second largest wine producer. Following an overhaul of the industry in the 1990s, new winemakers brought innovation and a dramatic improvement in quality. Vineyards cover the rolling hills on both the left and right banks of the Rhone river just a few kilometers outside the center. Head for a short stroll from the village of Dardagny to Russin along the Wine Trail, and admire the bucolic views over the surrounding countryside. Stop for lunch in the simple-looking local auberges.