17 Things You Didn't Know About Switzerland 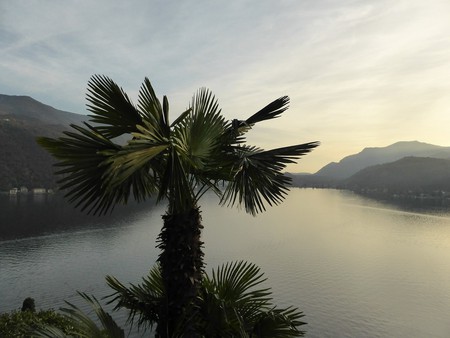 Did you know that the Swiss gave the world Absinthe, muesli and LSD? Or that the country has 208 mountains above 3000 metres? If not and you are dying for more Swiss facts, read on and learn about this fascinating country.

Bern is actually the capital

Most people wrongly assume that either Geneva or Zurich is the capital of Switzerland. Others merely become incensed at this fact. Bern became the capital of the Swiss Confederation in 1848. As a bonus fact, Switzerland also doesn’t use the Euro but has its own currency. 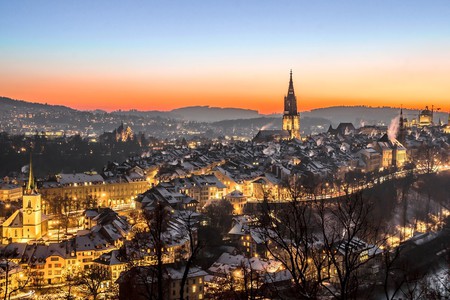 Bern as the sun goes down | © Felix_ Broenimann/ Pixabay

Switzerland’s entire population can fit in its nuclear shelters

It’s kind of cool having a nuclear shelter (which is obligatory by law in Switzerland) particularly as it gives you somewhere to stock your stuff. There are so many of these heavily armoured stuff-holders that the entire Swiss population could hide away come nuclear war, once all that stuff is moved out of course. Hurrah!

Switzerland has one of the highest rates of gun ownership in the world. That’s because after men finish their obligatory military service they either have to keep their gun at home or store it in an armoury, for a fee. Naturally most keep their semi-automatic weapons tucked away at home.

As you may have guessed, all those guns aren’t just for show. Switzerland is neutral, but the country’s military is designed to mobilise at extremely short notice in the event of outside aggression. It could be said that Switzerland is aggressively neutral, but that wouldn’t make much sense.

Foreign invasion could blow most entry-points into Switzerland

The Swiss may seem kind of paranoid, but they have been threatened during two World Wars so it’s rather understandable. Apparently, most main arteries (bridges, tunnels and the like) are wired to blow at the merest sight of a hostile takeover. Doesn’t that make you feel safer? Yeah, me neither. 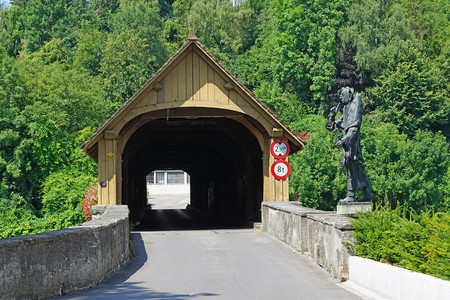 Dogs are allowed in restaurants, and can often be seen eating in them, while ‘social’ animals must be kept in pairs. Owners of some pets also have to follow a course on how to take care of them. Animals are pretty well looked after here. Things went so far that in 2010 there was a referendum on whether animals should have lawyers. It was defeated.

Those rights are respected, in bizarre ways

The law says if your guinea pig’s best bud dies then you’ve got to get another to keep it company. So naturally you can rent guinea pigs until, well, the other one dies too. Sorry fuzzy, we don’t need you anymore. 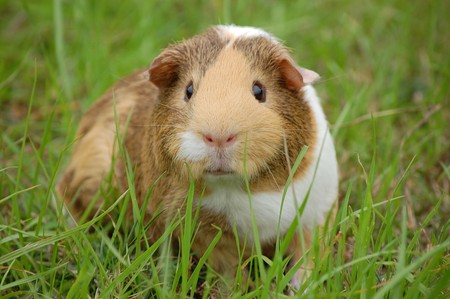 Weed is legal in Switzerland, but it won’t get you high

You can buy, and consume, weed legally over the counter in Switzerland, but the THC levels (the part that has the ‘high’ effect) has to be less than one percent meaning it won’t get you high. Weed growers tinker with other chemicals in the legal drugs so you still feel mellow.

Switzerland has a hydra-head of state

No, this isn’t the result of some top secret Alpine experiment gone wrong. Switzerland actually has a council of seven leaders who rule the country, unlike the singular leader everywhere else has opted for. One of the seven is voted to be top-dog for one year only. Bizarrely, it works and Switzerland is one of the most politically stable countries in the world.

Switzerland became Protestant because of a fight over sausages

OK, that’s not exactly true. But the so-called ‘affair of the sausages‘ did kickstart an argument in Zurich that led to the protestant reformation gaining force and spreading across the country. Schlechte Würstchen!

We kind of take Velcro for granted, but where would people who can’t tie shoelaces be without it? That’s right, shoeless. Velcro is a truly Swiss invention and the inventor is said to have been inspired by little seeds that became hooked on to his dogs fur when walking in the mountains of the Jura. This is just one of the many awesome things the Swiss have given us. 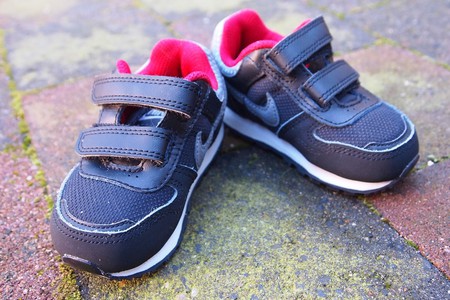 It’s only natural that a business-focused country like Switzerland should be the site of a rebellion against bad PowerPoints. The Anti-PowerPoint Presentation Party (APPP) claims the dreaded presentations cost Switzerland 2.1 billion Swiss Francs every year. They don’t want to ban them, just make them better.

Switzerland is regularly voted high up on the list of best places to live in terms of safety, quality of life and income. But..

An annual survey of expats regularly reports the Swiss to be icier than the Great Aletch Glacier. It’s hard to make friends, visitors say, and Swiss culture is more impenetrable than stale Gruyère. So don’t be a Dummkopf and learn what not to say to not rile up the Swiss.

Milk is basically the national beverage

Swiss milk tastes great. But that doesn’t hide the fact that the Swiss have an almost unhealthy bond with their cows. They are fourth in the world when it comes to milk consumption, but bizarrely a national study found they don’t drink enough. 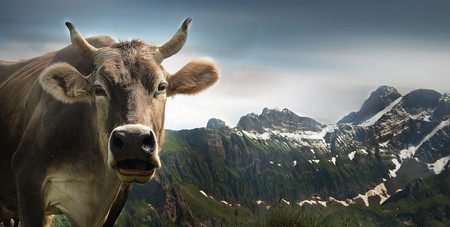 That pot of melted cheese that’s foisted on you at every opportunity in Switzerland only became popular in the 20th century. It’s all thanks to the Swiss Cheese Union – think a sort of cheese mafia – who aggressively advertised both Swiss cheese and fondue to ramp up their sales and profits.

You wouldn’t think a landlocked, Alpine country would have palm trees. But Switzerland’s fascinatingly diverse geography means it’s home to plenty of microclimates that allow the tropical plants to thrive in the southern regions, particularly in the canton of Ticino.