10 Swiss Photographers You Should Know 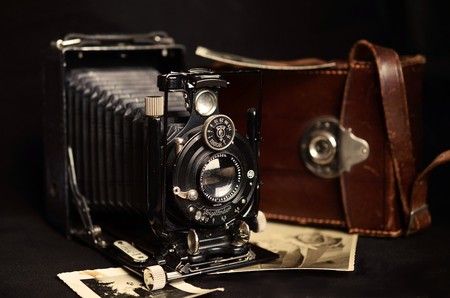 From high-quality aerial pictures to heart-wrenching coverage of war, here’s a short run through of some of the best Swiss photographers that you should know.

Michael Von Graffenried earned his stripes, and infamy, as a young photographer by taking rather unflattering pictures of Swiss politicians on the verge of falling asleep. Over the following years he worked for multiple publications as a photojournalist. He’s also produced documentaries such as CocaineLove, a short film that follows the lives of two drug addicts, and War Without Images – Algeria, a journey through a worn-torn country with a hidden camera. Sometimes tragic, sometimes full of humour, Von Graffenried’s photos always capture the essence of life. 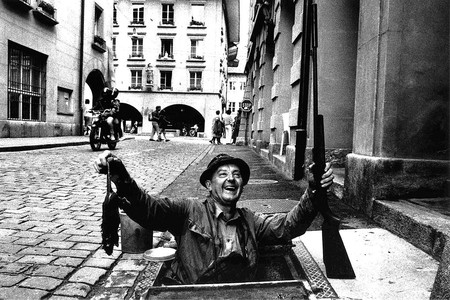 While others turn to nature for inspiration, Gfeller turns to urban life. Her images are all about movement and through them she captures the heartbeat and the diversity of cities all over the world. What intrigues her is not the cities themselves, but how the people that live there turn them into vibrant, living places. Born in Neuchâtel, Switzerland, she now lives and works in Paris, France. Her work is featured in art galleries throughout Switzerland.

In the 1950s, Gerster sought to see things differently. He took to the sky and became a pioneer in the art of shooting images from up high. For over 50 years, his aerial photography has provided unique views of the world’s most beautiful man-made and natural heritage sites. His work was the basis of SwissAir’s marketing for over 20 years and as a freelance journalist and photographer he worked extensively with National Geographic Magazine.

Mohr’s family moved to Switzerland from Germany in 1919 and became Swiss citizens 20 years later after Hitler’s rise to power. Mohr later became a delegate for the International Committee of the Red Cross, setting him on his life’s path. In the 1950s, he started chronicling the lives of victims of war and would go on to become an internationally renowned photographer. His images bring to life the pain felt by refugees fleeing the worst possible conditions and in today’s world there has never been a better time to learn from them.

While Mohr opened the world’s eyes to the suffering of victims of war, wildlife photographer turned activist, Karl Ammann is credited with shedding light on the problem of bushmeat trafficking. His shocking images are definitely not for the faint-hearted but they offer a startling reminder of the threat faced by our nearest cousins, the Great Apes and many other species of animal. Ammann started out as a wildlife photographer, capturing images of the world’s fastest land mammal, the cheetah. In 2007 he was named as one of Time magazine’s ‘Heroes of the Environment’ for bringing attention to the bushmeat trade.

For Monet, the negative of a photograph is more fascinating than the photograph itself. Without any training in photography, Monet developed a technique whereby he could enlarge the negatives and print them while maintaining their high-resolution . The result allows a window into a world beyond what our eyes can see, full of colours and shades that will captivate. He uses this technique on historical buildings, such as the Vatican, offering a perspective that you definitely have not witnessed before.

Winner of the Swiss Press Photographer of the Year Award for 2017 for his coverage of the ‘Calais Jungle’, a refugee camp in the north of France, Zalmaï Ahad has worked for some the biggest news organisations in the world. He left Afghanistan at the age of 15 as a refugee and turned to photography as a way of bringing the plight of people afflicted by war to the public eye. His images have dug deep into the heart of social conflict in Greece, Afghanistan and Colombia and many more countries around the world.

Nothing is as it seems with Patrizio Di Renzo. He started out as an industrial photographer but turned his skills to fashion, capturing images that push our world into realms of the surreal. Both fashion and celebrity photographer, Di Renzo has snapped pics of bond villain Mads Mikkelsen and Naomi Campbell to name a few.

Award-winning photographer Chris Schmid focuses on catching wildlife species in their natural environment. In Africa, he’s snapped the Big Five in all their glory, while in the Artic he’s searched for endangered polar bears. Along with his wife Carolina, he is also the founder of Eyemage Films, a venture to spread awareness of conservation issues.

While his personal website is all business, Baldringer’s Instagram page is anything but. His images span the country and showcase all of the natural beauty that Switzerland has to offer, from its scenic lakes to the dramatic and snowy Alps. These pictures are full of vibrant colours and make you want to jump right in and see the sights through your own eyes.

If you could choose one destination, where would you go RIGHT NOW? #visitswitzerland