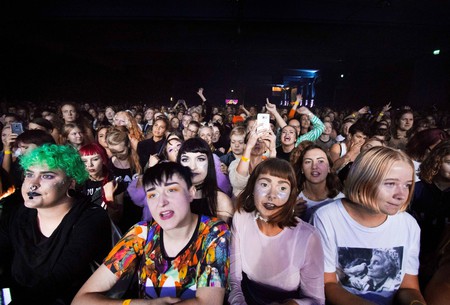 Only women, non-binary and transgender people were allowed at Statement | © Frida Winter/EPA-EFE/REX/Shutterstock

Statement Festival, which claims to be the first major music festival open only to those who identify as female, transgender or non-binary, has taken place in Sweden after a series of alleged sexual assaults took place at music events across the country.

The world’s first major “cis man-free” festival has been held in Sweden. Statement music festival, which is open only to people who identify as female, transgender or non-binary, was held at the Bananpiren event space in Gothenburg.

Swedish comedian Emma Knyckare set up the festival in response to reports of multiple sexual offences at various music festivals in her home country including We Are Sthlm and Bråvalla Festival. “What do you think about us creating an awesome festival where only non-men are welcome until ALL men learn how to behave?” Knyckare tweeted last year.

The festival was crowdfunded, receiving more than 300,000 donations on Kickstarter. 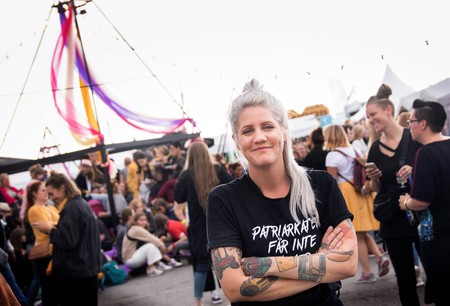 The line-up at Statement featured performances exclusively from female, transgender and non-binary artists. Cisgender men who were part of the musicians’ teams were required to stay in a cordoned-off area backstage, nicknamed the “manpen”. No male journalists or security guards were allowed on the site.

“The festival is the world’s first major music festival free from cis men – both among visitors and artists – and it is a statement against all the sexual assaults in our society,” Statement announced on its website. “We simply want women, non-binaries and transgender [people] to be able to visit an awesome festival and feel safe at the same time.” 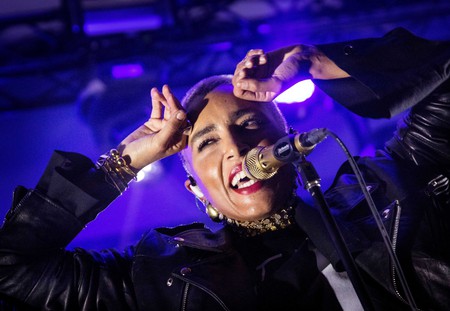 “This place feels like a safe zone where women can just get together and have fun and celebrate … especially in light of the assaults that have happened at other festivals,” Julia Skonneby, a 34-year-old performer, told The Local.

Organisers of Bråvalla 2018 were forced to cancel the event after several alleged sexual assaults took place at the festival in 2016 and 2017. British band Mumford & Sons reacted to the events in July 2016, writing in a statement on Facebook: “We’re appalled to hear what happened at the Bråvalla Festival last weekend. Festivals are a celebration of music and people, a place to let go and feel safe doing so. We’re gutted by these hideous reports. We won’t play at this festival again until we’ve had assurances from the police and organisers that they’re doing something to combat what appears to be a disgustingly high rate of reported sexual violence.”

Knyckare claimed the #MeToo movement against sexual assault and harassment on social media had made it easier to organise Statement, but the comedian added in an interview with Euronews that the festival was “a reaction to the problem” and “not the solution”.

“Much can be done to ensure a better, fairer society,” Knyckare said. “I think men need to start working on that now. The next step is in the hands of men.”