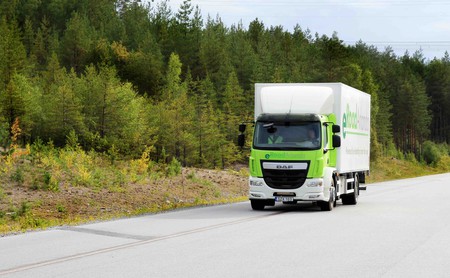 Sweden has introduced a road that is capable of charging the batteries of vehicles that drive over it.

A 2-kilometre (1.2-mile) stretch of electrified road, which links Stockholm’s Arlanda airport to a site outside the capital city, now recharges the batteries of electric cars and trucks driving over it.

The road uses a technology known as conductive charging, in which energy is transferred from two tracks of electric rail installed under the road’s surface to the vehicle via a movable arm attached to the bottom of the car or truck. There is no electric current on the surface of the road, and tests where the road was flooded with salt water found that the electricity level at the surface of the road was low enough to walk on barefoot.

The electric current is automatically disconnected when the vehicle stops, and the system calculates each vehicle’s energy consumption, enabling electricity costs to be debited per vehicle. 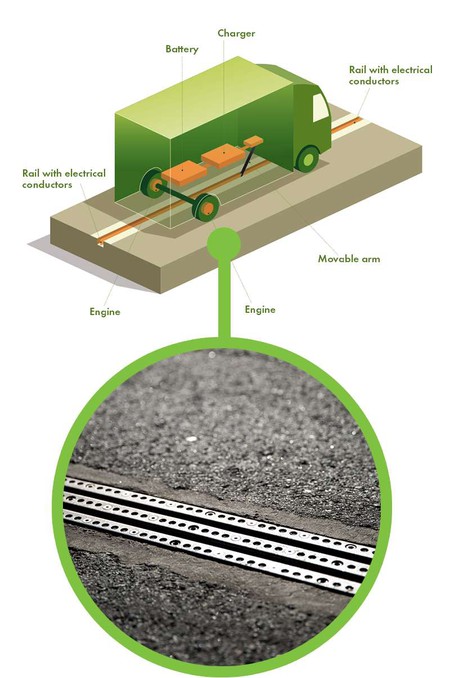 “One of the most important issues of our time is the question of how to make fossil-free road transportation a reality. We now have a solution that will make this possible. Sweden is at the cutting edge of this technology, which we now hope to introduce in other areas of the country and the world,” says Hans Säll, chairman of eRoadArlanda, the company behind the project.

If the project is expanded nationally, it will help Sweden reach its target of total independence from fossil fuel by 2030, a goal that requires a 70% reduction in greenhouses gasses in the transport sector.

Costing some €1 million (£896,000) per kilometre, the cost of electrification is an estimated 50 times lower than that required to construct an urban tram line. According to eRoadArlanda, it should take only three years and 80 billion Swedish krona (£6.6bn) to electrify 20,0000 kilometres (12,400 miles) of road in Sweden.