Why These Trees Are Still Standing in Stockholm With Battle Scars 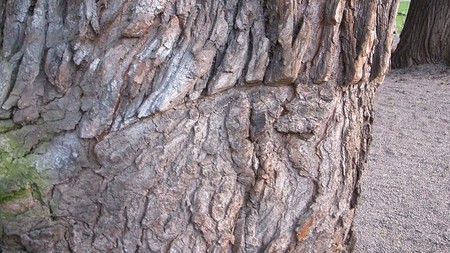 One of the battle scars left on an Elm Tree in Kungstradgarden | © Holger.Ellgaard/WikiCommons

Kungstradgarden is one of the most beautiful and impressive parks in Stockholm. It is right in the center of the city, has the stunning opera house on one of its edges, and is right by the water, giving you spectacular views over Gamla Stan. It is a meeting place for many Stockholmers, owing to its central location and the fact that its moderate size makes it easy to navigate. It is very much an urban park, with each side of it being surrounded by the hustle and bustle of one of Northern Europe’s major cities. 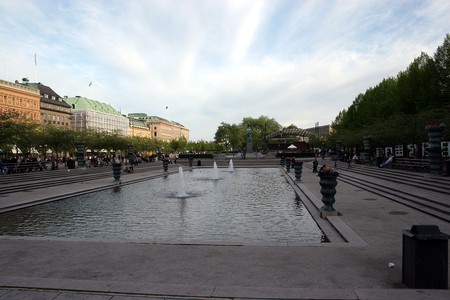 A strange thing happens the moment you set foot in the park. As soon as you cross the boundary and enter it you suddenly feel more relaxed. Despite it being right in the heart of the city it does really seem like an urban oasis. However, in May of 1971, it turned into a heated battleground that symbolized the fight between the state and the individual that was bubbling under the surface, as Swedes wrestled with the question of how much influence regular citizens should have in politics.

The dispute began when the Stockholm council announced they would be building a metro station at Kungstradgarden as part of a more general bid to redevelop the area of Stockholm the park is in: Norrmalm. This was seen by most as a good idea, as Stockholm was becoming busier and there was a clear need to fight congestion by creating more ways for people to get around the city quicker. The issue was that the place where the council had planned to put the entrance to the subway was, at that time, blocked by a cluster of elm trees which would need to be removed. 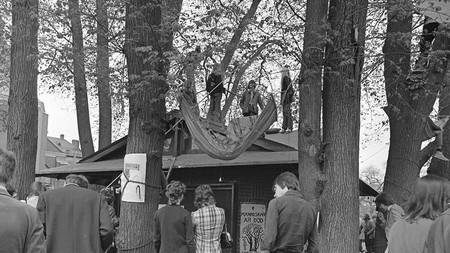 The Elm trees in this picture were under threat | © WikiCommons

This was something which a pressure group called Alternativ Stad (Alternative City), a Stockholm branch of Friends of the Earth, saw as unacceptable and they pledged to fight against the council, who they felt were developing the area for businesses and cars rather than the people of the city. They only managed to find out about the city’s idea because an architecture student discovered the plans when visiting a friend in the town planning department and passed them on to Alternativ Stad.

The city did not see their protests as being a major problem and plowed on with their efforts to create their subway stop, even setting up an advertising campaign to convince people it was the best move. Despite national hero Evert Taube writing a letter to the King protesting against the trees being cut down, this went ahead.

The protesters enact a plan

However, the council did react to the protests by trying to enact their idea with a degree of secrecy. According to Sverige Radio (SR), the council told people they would be cutting the trees down on May 13, but Alternativ Stad got a tip from a police officer’s wife that it would be on the May 11.

The workers arrived on May 11 and were met by over a thousand protesters who, after hearing chainsaws, fled up into the trees to protect them—which stopped them from being cut down. They were well organized and created phone chains to ensure people were always there protecting the trees. 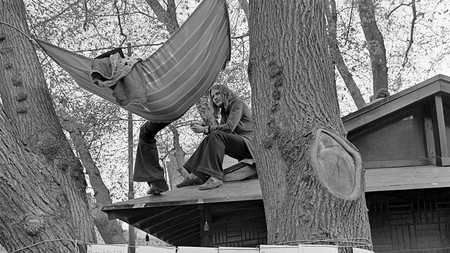 Protestors took to the trees to protect them | © WikiCommons

The next day the police were brought to break up the demonstrations, with officers charging on horses and police dogs working to disperse the protesters. This allowed the workers to begin felling the trees but, before they could do any more than mark them, the protestors managed to regain a degree of control and force the workers to retreat. The protesters stayed there for a week and eventually politicians gave in and the trees were saved.

It was an event that changed the way politicians in the city saw people and it was, as SR notes, the first time the police could not enforce a political decision in Sweden. Politicians realized they needed to work more closely with their citizens and Stockholmers were given more of a voice in planning decisions. There was a 40th-anniversary celebration in 2011 which restated just how important this event was in Stockholm’s history. 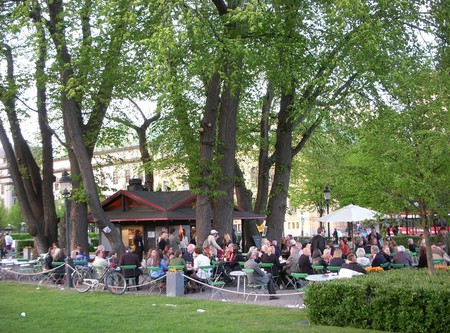 The trees now surround a small café where you can sit and admire them | © Holger.Ellgard/WikiCommons

Many of the trees remain standing to this day and surround a beautiful café called Tehuset, where you can get a cup of coffee and explore the scars left behind on the famous elm trees. They form a special and historic part of one of Stockholm’s most beautiful parks.