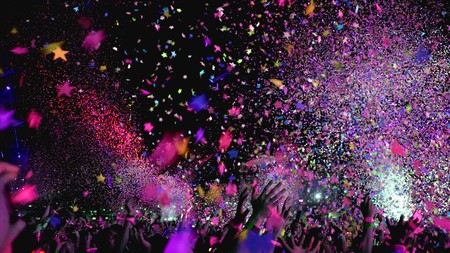 Sweden has always been a fairly liberal country. It is a place that has always been straightforward when it comes to sex education and sexual norms and where people are encouraged to be themselves, comfortable and happy in their own skin. This is, of course, particularly the case in cities. As in other countries, cities in Sweden are melting pots of culture; they’re places where every niche is represented and everyone can find a place where they fit in. As Sweden’s capital, Stockholm is its best example of a city with liberal norms and progressive ideas about what is fun, what is cool and what is socially acceptable.

Not everyone goes with the flow

There have, though, been times when the people of Stockholm have not been universally accepting of an idea and where people have questioned whether something should exist or be on display.

A recent example is the subway art by Liv Stromquist, which featured a variety of cartoon images, including women menstruating, and hairy men. Many in Stockholm felt that it was a striking and thought-provoking art installation. 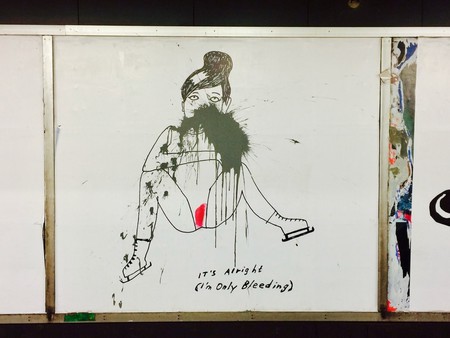 Others were not so sure, with some feeling it was too graphic and inappropriate. Stockholm might often be presented as some sort of hip, progressive and cool hive mind, but not everyone is in agreement on all things.

A naked club, about more than just no clothes

A new example of this phenomenon has sprung up recently in Sweden’s capital and that is ‘Club Naket’ which translates to ‘Club Naked,’ a new club in the hipster area of Sodermalm which is certainly dividing opinion. The basic idea behind it is that, if you are willing to go in naked, then you are allowed to come in for free.

Of course, no one has to go in naked; it is everyone’s free choice, and there is no pressure put on you to go in unclothed – however, the incentive is there. The club plays pounding and exciting electronic and techno music and is as much about being free of inhibitions and worries as it is about being free of clothing. 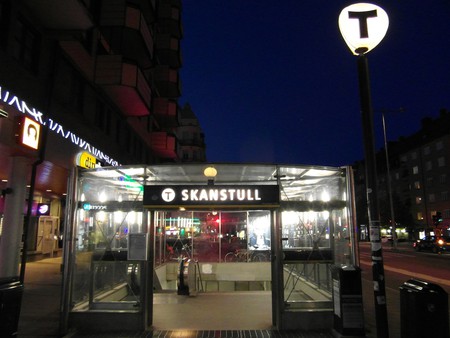 The club is very near to Skanstull metro station | © Ingolf / Flickr

We spoke to one of the club owners, Joakim Äbb. He runs it alongside Linus Nyström, Damien Eie and Eddie Eneqvist. He explained that the idea came when they were hosting another club night, also in Sodermalm. The hugely popular Club Vaket used to cause queues round the block – such was its popularity, and the guys behind it wanted to capitalize on that momentum. Äbb also feels that “Stockholm’s nightlife, in general, is desperately in need of an update, so we decided to do it ourselves.”

A place for all

Äbb notes, “We wanted to flirt with the concept [behind Club Vaket] hence the names being similar, and so we created a new concept but in the same venue.” They want to keep the great music, the relaxed atmosphere and the free-spirited vibe, but also want to add something new, a twist, that would make it both the talk of the town and something unique and different from other clubs.

That is where the idea of the nakedness comes from, but as the owners are clear to point out, it’s not just about taking your clothes off. Äbb states, “We want people to be able to dress however they like, come nude if you want, but not just bodily but also mentally.” It is a place to leave your worries at the door and where everyone should feel comfortable. 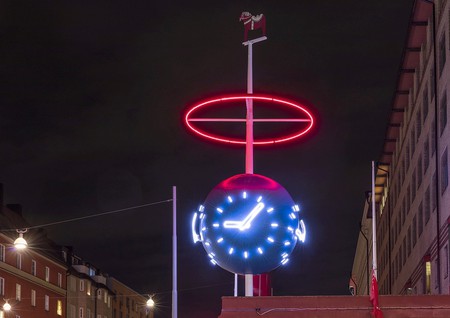 A place with a vision

In describing its vision, the team says it wants to “create an oasis for those who are more open-minded, so that people will dare to be more comfortable in themselves and how they express themselves.” In essence, then, it hopes to be – like the best parts of the city that it is in – accepting and warm, and a place where people can just be who they want to be.

The team has an active Facebook profile where you can send them messages for ideas, comments and questions about the club. The owners are always happy to hear from people who have ways of making the club more open, fun and inclusive.

They have worked hard to make it a place that is free from any prejudice. Äbb feels that there are still several issues with Stockholm’s nightlife where people feel insulted or struggle because of the way they are dressed, and that their club hopes to stop that. He notes, “Being open-minded and respectful to people in your surroundings is something every club owner should strive for,” and that is the environment they want to foster.

However, while this sounds like a lovely idea, some worry that, in practice, there might well be some issues. One of them is that people might feel financially pressured and decide to take their clothes off because they don’t want to pay to get in, rather than from any sense of freedom. 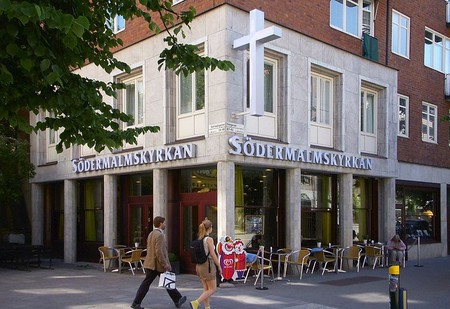 The church in Sodermalm has expressed reservations | © Holger. Ellgaard / WikiCommons

A church in the area has been particularly critical, arguing that, “You cannot have a place where everything is allowed and anyone can come in.” The pastor of Sodermalms Church also argued that the club may lead to “people’s souls getting broken.” Clearly, then, they are not fans of the concept.

A success so far

However, it seems like the attendees are happy. Each of the six events that have been held so far, on Saturdays near Skanstull Metro Station, have been very popular and the queues round the block have returned.

Äbb tells us, “I’m still stunned by how great our fifth night went,” and that, “people seem to really enjoy what we’ve done so far.” He also made clear that, apart from the Church, they have not had any negative comments and have loved “getting the feedback we need to get even better.”

While it might not be everyone’s cup of tea, the idea behind Club Naket, to create an oasis where people are comfortable, is one that seems noble and hopefully one that does manage to make people feel happier in themselves.