Why Stockholm is a Major Destination for Queer Travellers 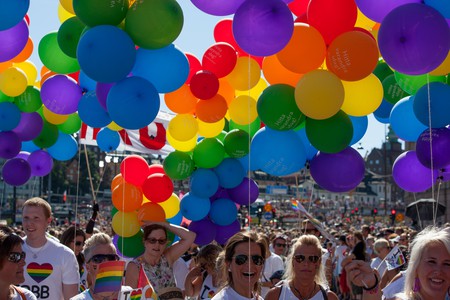 Stockholm’s reputation for style and culture is matched only by its reputation for open mindedness, so it makes sense that the city would be a major destination for queer travellers. This is not the place to worry about doing you.

Let’s start with the parade. Stockholm’s Pride Parade is the biggest in Scandinavia, more than 45,000 participants and more than half a million people coming out in support. But while the parade basically brings the city to a joyous halt, it’s just part of Pride Weekend. There is also Pride House, which is centred at Kulturhuset, hosting a mixture of symposiums and exhibitions about important issues faced by the LGBT community. Meanwhile, the massive Pride Park, which is a mix of music, dance and other performance, is so popular you have to buy tickets weeks in advance. Then there’s Pride City, which means the entire city is all about pride, with myriad lectures, club nights, and other activities everywhere you look. 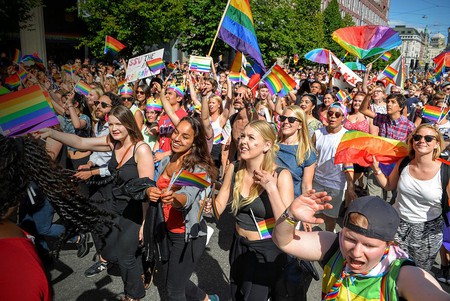 So yes, Stockholm Pride is strong and still growing but what about the rest of the year? What makes Stockholm such a queer attraction? Well, there is that legendary open-mindedness but there’s also a well-connected community that while not isolated, definitely has its own culture.

If it’s nightlife you’re looking for, look no further than Patricia. Patricia is a great club any night of the week but for more than two decades Sunday nights on the old ship docked on the edge of Södermalm has been one of the most popular gay club nights in the city. With several bars (five indoor and two outdoor in the warmer weather) there is plenty of room to mingle and get your groove on. King Kong is another one exploding with energy, with a lineup of top Swedish and international DJs filling up the dance floors, as well as a decided love of Schlager. Torget on Gamla Stan is a bit more low-key and not so much about pumping house music — this is where you go for conversation. Tank on the edge of posh Östermalm and Limbo on the somewhat sedate Kungsholmen round out the best clubs to visit. 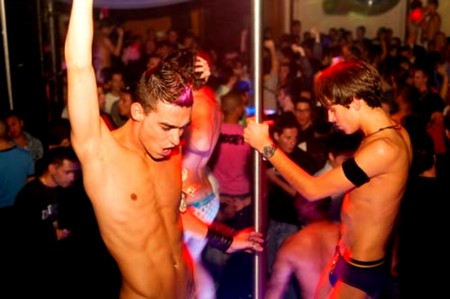 If you’re into sports, Stockholm is the place for you. Like the rest of Sweden, Stockholmers are all about not getting fit but keeping fit. There are gyms everywhere and if team sports are your thing check out Stockholm’s Beserkers, the predominantly gay rugby club (it takes anyone) that kicks some serious butt on Stockholm’s rugby circuit. 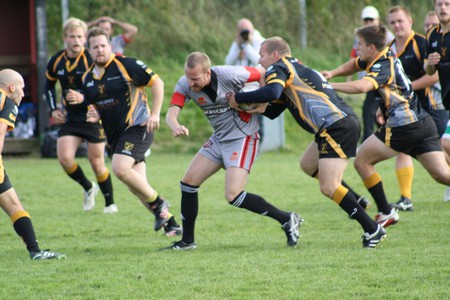 QX (or Qruiser) has been around for several decades, and is the biggest gay website in Sweden. The aim has always been to create communication platforms for Sweden and Scandinavia’s LGBT communities. There’s a magazine as well as a digital presence and is a good source for any kind of relevant information you might need.

While Sweden — and Stockholm in particular — is extremely open-minded and accepting and there are rarely anti-gay attacks, it makes sense to be aware of where you are. The truth is you’re more likely to be mugged or attacked for your wallet than for being queer — and quite frankly, since Sweden has become a nearly cashless society, street crime has dropped even further in Stockholm. That said, if you do run into trouble the police are actually very helpful (they are official supporters of Pride and march every year) so call 112 for emergencies and 114 14 for less urgent matters. 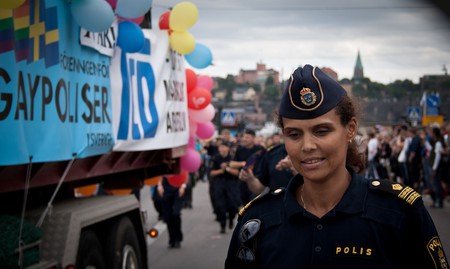 Here’s the rub: Stockholm is open, accepting, and embraces the LGBT community fully. Yes, there are clubs and events that are designed specifically for the community but the straight and LGBT communities mix and mingle fully, so the best way to enjoy Stockholm is to just get out there, meet new people, and revel in all that this gorgeous city has to offer. You will find the right mix and never want to leave.