What to Do on a Layover in Stockholm 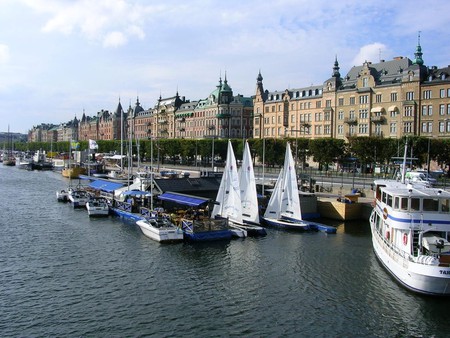 Explore Stockholm on the fly | WikiCommons

If you’re going to get stuck on a layover, there are few better places to be than Stockholm. Not only is the main airport, Arlanda, easily manageable, it’s also just 20 minutes by fast train from the city. Here’s your guide on what to do on a layover in Stockholm, no matter how much time you have on your hands.

Τhink three hours isn’t enough time to have some fun? Think again. No matter which terminal you’re in, you’re always close to Sky City, which is more or less the heart of Arlanda, offering plenty of shopping options and a wide range of restaurants and cafés. There is free WiFi throughout the airport, so even if you’re alone and simply want to lounge about in a café for a few hours, as long as you’ve got a device on hand, entertainment is just a click away. Τhere’s also an internet café, where it’s quieter than perhaps some of the more lively airport spots. 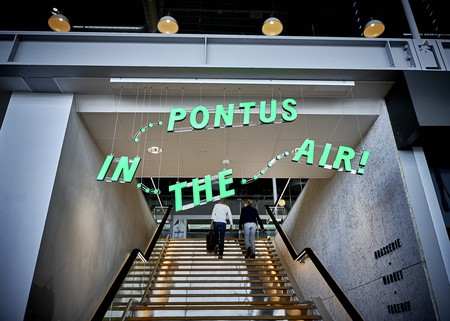 If you’re interested in treating yourself to a stellar meal by one of Sweden’s most famous chefs, Pontus Frithiof has opened a branch of his legendary Pontus restaurants in Terminal 5. Called Pontus in the Air, this is where you can enjoy a leisurely and truly pleasurable culinary experience. It’s the first airport restaurant to be named in the White Guide and has its own wine cellar, a sommelier, and a kitchen where everything is made from scratch.

With five hours on your hands you might not want to dash into town, but this is the perfect amount of time to really enjoy yourself at the airport.

Armanda offers guided tours of the airport, with several different ones to choose from, including the control tower tour and the bus tour, which gives you a close-up look at airport operations. 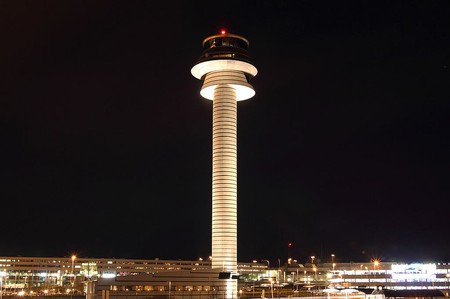 Additionally, there is an amazing array of services including a SATS Gym at the Radisson Blu SkyCity Hotel and hair dressing services, where you can not only get a trim but also a mani-pedi, or some eyelash extensions. Dry cleaning is also available for those last-minute spills and, if this is a business trip, you can rent a workstation at the business centre, where conference facilities are also available. 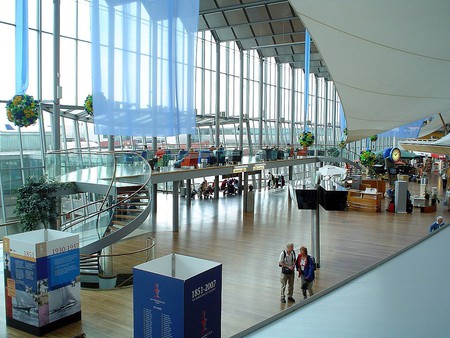 If you’ve got kids with you, there is a play area near Gate 31 in Terminal 2, and if you are keen to tie the knot you can get married at Arlanda. Could there be a better way to spend five hours at the airport?

Seven hours means it’s time to head into the city. First stash your luggage at the left luggage service, where they’ll not only take your bags but also your travel documents and other important items. Then hop on the Arlanda Express, which runs every ten minutes or so, and twenty minutes later you’ll be at Stockholm’s Central Station. While Centralen (or TC), as it’s locally known, has quite a few good restaurants (including the excellent French restaurant Luzette), if you’ve got some time on your hands you’re better off hitting up Drottninggatan, which is just outside the station. 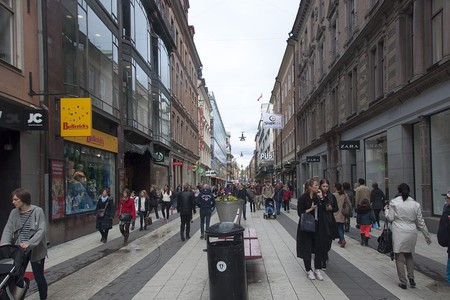 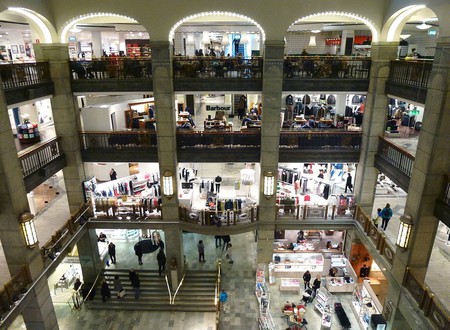 If you do head to NK, make sure to cross the street once you’re done browsing – you’ll want to take a stroll around Kungsträdgården. In the summer it’s a free-for-all of concerts, festivals, drinking and people-watching, while in the winter there is an outdoor skating rink and cosy bars and cafés. There is also a number of excellent galleries for culture vultures.

Kulturhuset is also just outside Centralen and it’s a great place to grab a bite in one of the many restaurants and cafés, enjoy a drink on the rooftop or in one of the bars, and even catch a show or see an exhibition.

For a truly unique way to spend your limited amount of time in Stockholm, take the Arlanda Express to Central Station and then hop on the subway and tour the world’s largest art gallery. It’s all there, underground, and will be one of the more interesting fast trips you’ve every made into a city. Then it’s time to head back to Arlanda and move on to your next destination. 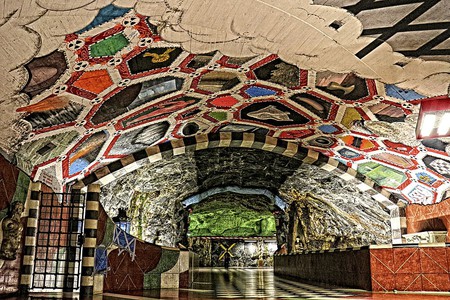 With twelve hours on your hands, the world (or at least Stockholm) is your oyster, if only for half a day. If you’re in the mood to splurge, why not book a helicopter and see the city at a leisurely pace up in the sky? If that sounds a bit much, get on the Arlanda Express and take full advantage of your chance to explore the city. 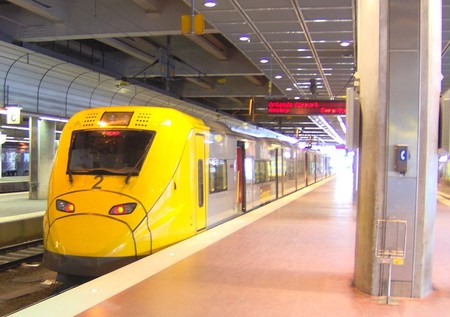 Gamla Stan is one of the most well-preserved medieval cities in Europe and it’s just a short walk away from Central Station. You can take the tube one stop, but if you head out to Drottninggatan and start walking south you’ll pass by the Royal Palace (why not stop in while you’re there?), the Parliament, and numerous other historical sites before reaching Gamla Stan. Once there, take in the Nobel Museum before wandering the streets, grabbing a pint at a pub, and maybe enjoying some live music. If it’s winter you’re in for a real treat, because the utterly charming Christmas Market at Stortorget will be in full swing. 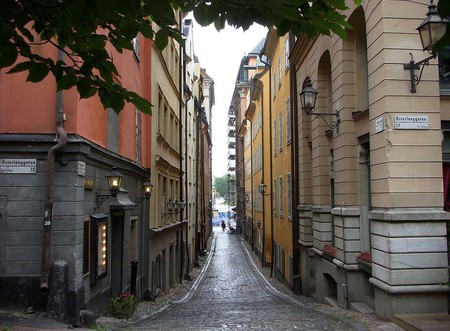 If you want to go further afield, head to Södermalm, where you can visit the world-class Fotografiska Museum before hitting Götgatan, one of the coolest shopping streets in the city. After you’ve done a bit of shopping drop by Malmen, which not only has a great restaurant, it also has two excellent bars – Lilla Baren is the hipper choice and has live music or a DJ most nights.

For a slightly more upscale experience walk east to Östermalm, where you can explore the excellent food market Saluhallen at Östermalmstorg. Either eat at one of the restaurants inside or walk the surrounding streets for more unique options. This is also where you’ll find high-end designer shops, such as Gucci and Georg Jensen, as well as the Royal Dramatic Theatre, which is one of the best places to people-watch in the city. Grab a seat on the steps and watch the world walk by. 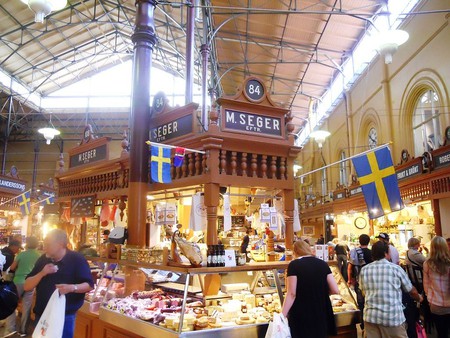 If you really want to explore the museums, grab the 65 bus to Skeppsholmen and visit the Modern Museum, or hop on the tram and go to Djurgården, where some of the city’s top museums are located, such as Skansen, the Abba Museum, and the Vasa Museum. You probably won’t be able to take in all three, so decide if you want nature (Skansen), music (Abba) or history (Vasa). 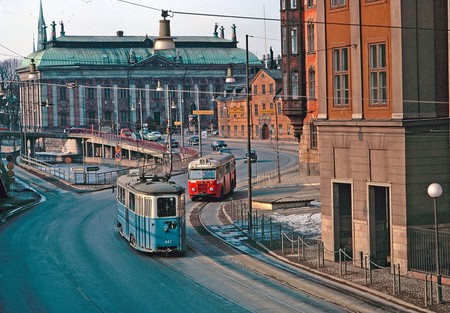 All this running around may sound daunting but remember: Stockholm is a relatively compact city, easily walkable and, if you’re using the subway or buses, public transport is safe, clean, and very easily understood. Also, pretty much everyone speaks English and is unfailingly polite, so if you do feel a bit lost, almost any stranger you meet will get you right back on track. 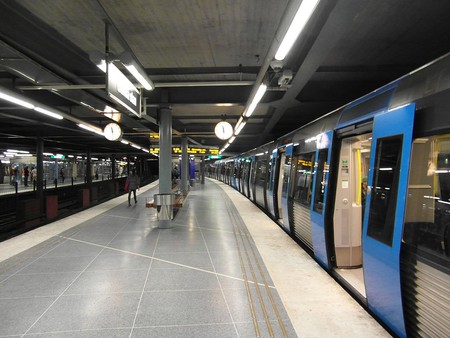 To get to Östermalmstorg, take the green line one stop towards either Ropsten or Mörby Centrum.