UMA Architects Propose Infinity Pool for Stockholm and It's Amazing 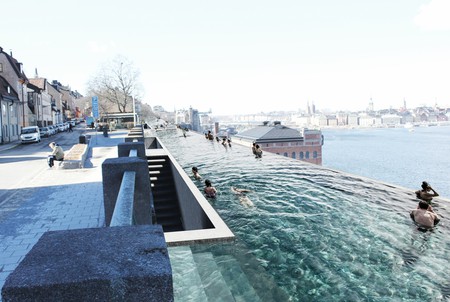 Swedish architects UMA have come up with the ingenious idea for an infinity pool in Stockholm’s hipster district of Södermalm to maximise its uninterrupted views of the Baltic Sea and rejuvenate the existing waterfront. 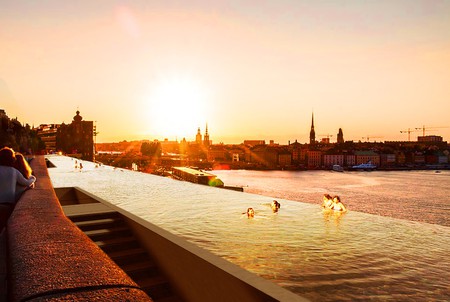 The pool would span an impressive one kilometre from Slussen, the central northern part of Södermalm, right to the eastern tip of the island. UMA believe it would help improve the area’s appearance, which would block out the unsightly motorway below that currently dominates the waterfront, replacing it with an immersive experience where locals and tourists alike can enjoy spectacular views of the Baltic Sea. 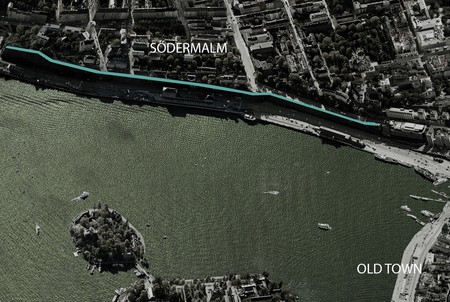 The firm said: ‘We believe that this amazing location could be used even more, without obstructing the existing views. Here it would be possible to create an extraordinary public space that would increase the attractiveness of the city… It would be a statement for what Stockholm wants to be in the future.’ 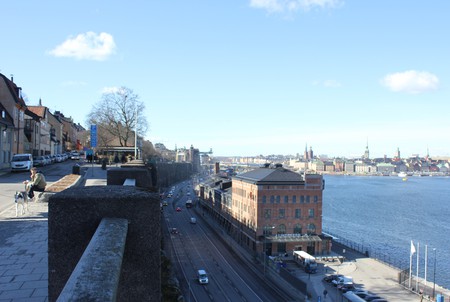 Sustainability has also been considered – the pool would be heated by waste heat and water pumped from the sea via a modest treatment plant. In winter, when it’s too cold to swim, the plan would be to use the pool as a skating rink instead. 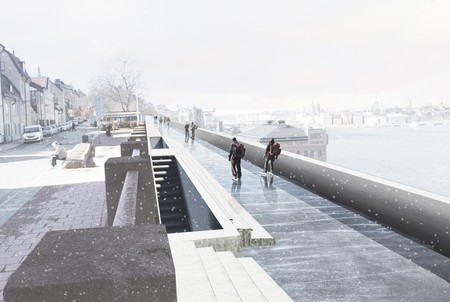 To ensure the view remains unobscured, the dressing rooms, showers and saunas would be fitted underneath the concrete-based infinity pool. 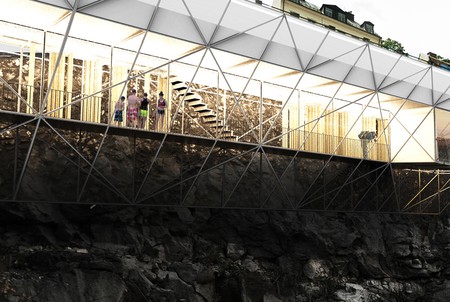 This isn’t the first inventive scheme that the Stockholm-based firm has come up with – the company has also designed a double-height structure which will be made completely from a tree cluster and also a pavilion to be constructed nearly entirely out of a single poplar. 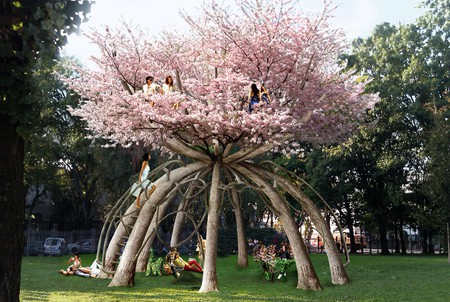 Courtesy of UMA
Give us feedback