Tracking Vikings in Sweden in a Week 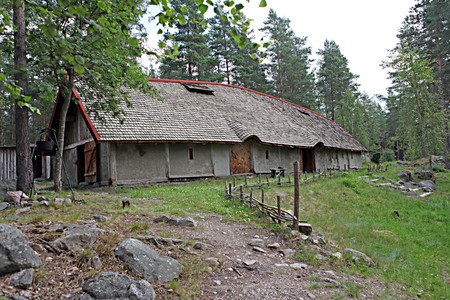 Explore the houses at Årsunda | Courtesy of Årsunda Viking Village

A week in Sweden should pique the interest of history buffs and those who are interested in learning more about Vikings. In addition to learning that they built societies, traded with far-off countries, and laid the groundwork for some of Sweden’s most cherished mores, here’s how to discover the real story about Vikings in Sweden.

No trip to see Vikings in Sweden is complete without taking the day trip and tour to Birka. The main town on the island of Björkö, it is set in the middle of Lake Mälaren and about two hours away from Stockholm by boat. Hop on the ferry at City Hall in the morning and find that the history has already begun—the ferry is run by the tour group.

After arriving in Birka, there is a small, comprehensive museum, a guided tour through the Viking burial grounds, and a Viking Village that has been recreated using the tools, materials, and ways of the Vikings. Some tourists may even be lucky enough to come across an excavation as archaeologists have been working for more than 100 years to discover more about the Vikings and their work is ongoing. The guides are very knowledgeable and passionate about their work. Try the Viking restaurant Särimner in Birka before heading back to the city in the late afternoon or grab a snack and a drink onboard the ferry. 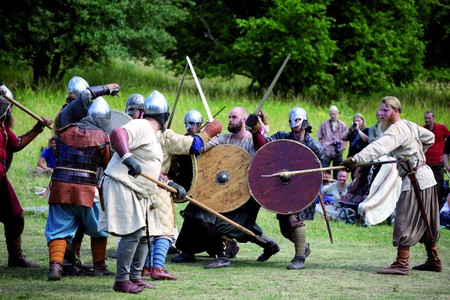 See how the Vikings lived in Birka / Photo courtesy of Strömma.se

Stockholm proper has two museums that feature Viking history. The first, Historiska (History Museum), has one of the world’s largest Viking exhibitions and includes thousands of objects including shields and other implements of war along with background on family, religious life, and what daily life was really like.

Vikingaliv (Viking Life) is a new player on the scene and focuses solely on Vikings—the latest archaeological finds, the history, the role of women and children, what people ate, the impact of the slave trade, and a life-sized Viking that was created using DNA from preserved bones. There are a number of objects on loan from Historiska, so combining these two museums offers a pretty good picture of many areas of Viking life, particularly with the guided tour, conducted by a group who has made the study of Vikings their life’s work. 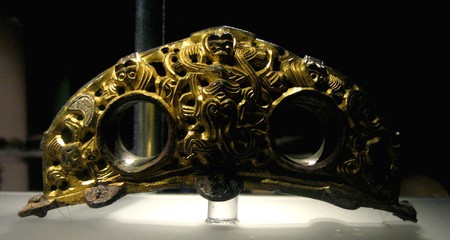 Despite the weather, Sweden loves its open-air museums and this is one of the best. Located on the peninsula of Storholmen just north of Stockholm, be fully immersed in Viking life in the Viking Village that is built in accordance with Viking customs. Right next to the village is a nature reserve with an Iron Age burial field featuring 166 burial mounds and various antiquities. There are also demonstrations on how life was lived back in the Viking age and a museum that goes in-depth into Viking life. Take time to stop at the local restaurant, which dates back to the 18th century or grab a pizza and head to the beach. Those who want to stay overnight there is a small, charming inn that isn’t far from the next step on the Viking journey. 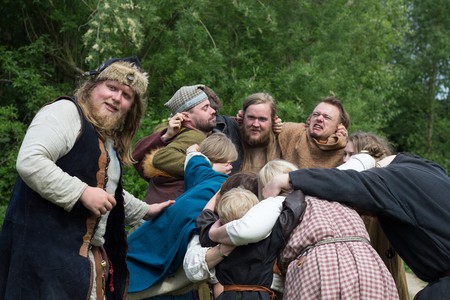 Time to hop on a bus and take an hour’s journey north of Stockholm to Uppsala. Or, hop on the bus and head west of Storholmen. Public transport is comprehensive in Sweden, so just ask which bus goes from the inn to Uppsala.

When it comes to Gamla Uppsala (Old Uppsala), the land has been heavily cultivated over the centuries, but archaeologists have still managed to make an amazing amount of finds in this area, which is said to have been sacred to the early Norse. There are thousands of burial mounds scattered across the countryside, but three, in particular, are of interest: known as the Royal Mounds, these three are where the kings written about in The Ynglinga Saga are buried. On, Egil, and Adilsv’s burial mounds were excavated in the mid-1800s and have provided an enormous amount of information about life during the Viking Age. There are quite a few different exhibitions and tours in the area, so spend the entire day here and plan carefully. 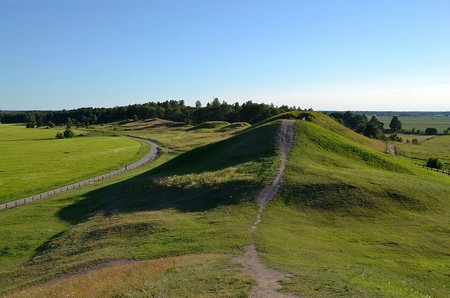 It’s now time to head a bit further north. Take the train (pendeltåg) from Uppsala about two hours north to Årsunda, where the Viking Village is open full time in the summer and by reservation during other times of the year. There are plenty of houses to explore to get a feel of life 1,000 years ago as well as a chance to try Viking craftsmanship techniques, play games, and try on chainmail armour. Also take the chance to hear stories about Viking Gods, how life was lived, and loads of other history. This is a cooperation between the local municipality and the EU in an effort to share the history of the region with visitors while supporting further historical efforts.

Explore the houses at Årsunda | Courtesy of Årsunda Viking Village

Less than an hour south of Malmö and close to the gorgeous peninsula Falsterbo is Fotevikens Museum. Though it isn’t really a museum in the traditional sense, it is probably the best Viking experience in Sweden or anywhere. It’s a living history museum, and they take this very seriously without losing their sense of fun. The village is an incredibly historically accurate recreation of the late Viking era—and yes, people actually live here. They’re generally members of the Scandinavian Viking Explorer Group’s village community and they really make the town come alive. Due to cooperations with other Viking associations around Europe, there are many visiting Vikings plying their trade. There’s also a full-scale recreation of one of the five sunken Viking ships that were discovered in the area in the 1980s. Do not miss out of visiting Fotevikens. 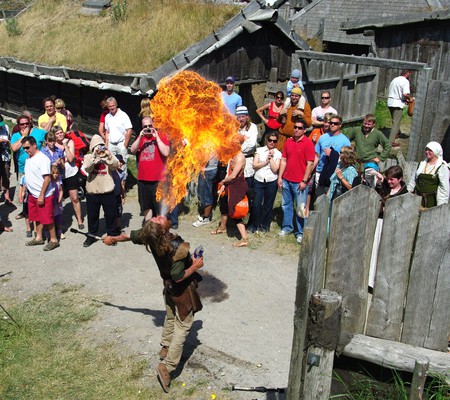 Fotevikens is the full on Viking experience / Photo courtesy of Foteviken

Return to Stockholm and head to Gamla Stan and the Viking restaurant Aufir to relax. It’s owned by Eurodance legend E-type, and it’s the full-on Viking experience. It’s slightly touristy but not overly so. It’s also cosy, offer good food like such as lamb rack, venison, and roasted chicken, good drink (served in goblets, of course), and a fun atmosphere with the staff in traditional dress, musicians wandering about, and communal tables. Guests are announced (loudly) as they enter and if desired, given a Viking hat and axe with which to enjoy their meals. There’s also now an Aifur restaurant in Fjäderholmarna where the Stockholm archipelago begins. 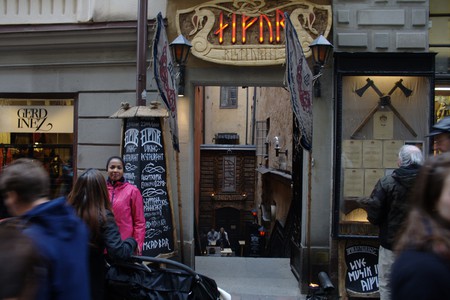 Check out the Vulgar Viking Venture in Gamla Stan and parade around in bright blue Viking hats for 90 minutes. While the tour is not actually solely about Vikings, it’s good fun and offers the chance to see a rare rhinestone. Additionally, Gamla Stan has plenty of tourist shops that sell Viking souvenirs. 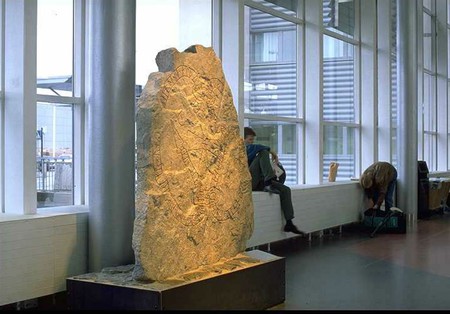 Those flying out from Arlanda, head over to Terminal 2 to see one of the about 30 Ingvar runestones discovered during excavations for the airport roadway in 1990. The Ingvar runestones commemorate those who died during the Viking Expedition to the Caspian Sea—this event is the single most mentioned on rhinestones, so the stone is quite significant.

Use this handy map to track Vikings in Sweden in a week: