11 Unknown Swedish Musicians You Should Be Listening To

From Avicii to ABBA, Sweden is undeniably a music export powerhouse. Yet, many great Swedish artists remain unknown to the rest of the world. When the Eurovision Song Contest (ESC) takes over Europe during spring, selecting a participant is a big deal in Sweden, resulting in Melodifestivalen (“The Melody Festival”): a mini domestic ESC, showcasing music talents from across the country. However, the music scene is much more than what is displayed in glitter on TV. From clean-cut pop-stars to independent musicians, here are 11 of Sweden’s most deserving musical talents. 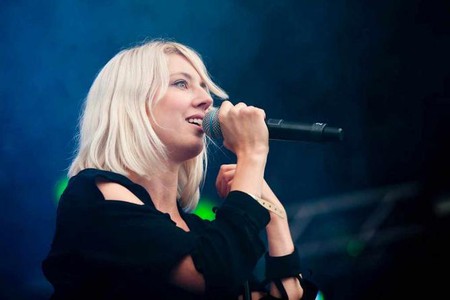 Veronica had her national break-through back in 2006, and has since then become one of the most famous singers in Sweden. Her music can be described as a mix between pop and soul, with a special edgy sound making her stand out in comparison to many other artists. Lyrics are mainly in Swedish, and usually reflect upon love, young restlessness, and tough moments in life. Together with her high-pitched voice, the songs come alive with a depth and truthfulness to them that both those who understand it, and those who don’t, cannot resist to get touched by.

Due to his recent success in Eurovision Song Contest with song Heroes, Swede Måns has received widespread attention across the globe, praising not only his singing, but also his handsome looks and charming smile. He competed in Swedish Idol back in 2005, and despite not winning; he became nationally famous with his wholesome image. After then winning Swedish Dancing With The Stars in 2006, and participating multiple times in Melodifestivalen, he has become a national treasure. With a classic music style close to pop-rock and most lyrics in English, in addition to his timeless charisma, he is undeniably bound to make it big outside the domestic borders. 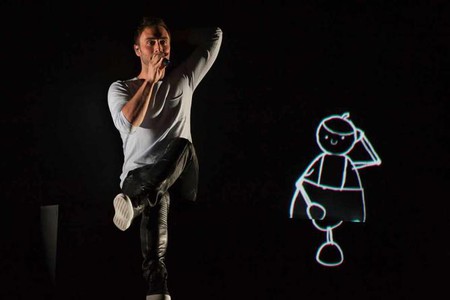 R&B duo Ansiktet caught attention back in 2011 with their song X, due to its truthful message about embarrassing sex, and music video starring famous Swedish celebrity men. The duo consists of two rappers and producers, both previously members of other independent music groups focusing on electronic music. Just like most of their songs, one of their latest hits Låtsas Som Inget Hänt is about love, sex, and relationship problems. Their sound is more upbeat than classical R&B, yet features an addicting rhythm that makes the song easy to follow, even if you don’t necessarily understand the lyrics.

Another participant of Idol, Darin was on the cover of every Swedish teen magazine back in 2005. He became wildly appreciated with his young and sweet boyish image that contrasted with the hot and steamy dance pop he performed, and was said to be the Swedish artist with the wildest fan base at the time. A few years later he took a national hiatus for a European tour, some international collaborations, and independent song writing. He also got the honor to write and perform a special song for the Swedish royal wedding back in 2010. Today he has managed to wash away the innocent idol image, for a more grown up concept, and have moved away from the easy pop to a slightly more R&B- and soul-influenced pop. 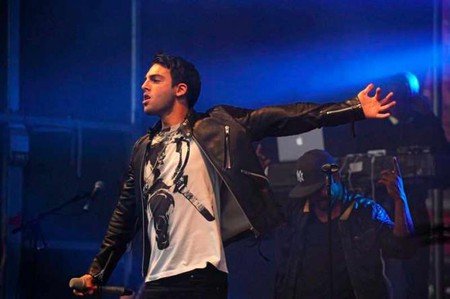 Recently rising artist Seinabo Sey might be fairly new to the scene, but has an unforgettable voice matching her hip image. With powerful vocals, she leaves no listener indifferent, as is understood in her astonishing live performances. By recording in English she is bound to capture crowds everywhere, especially with her enticing and mysterious style. With main focus on the soul genre, songs are also mixed with elecropop, creating a capturing sound distinguishing her from the mainstream music scene.

Third former Idol participant of the list, Danny is well known in Swedish contemporary media. After participating multiple times in Melodifestivalen, both solo and with former boy-group E.M.D, the suave blond won the hearts of the viewers, resulting in skyrocketed popularity and frequent appearances in Swedish tabloids. Although surrounded by gossip, he has been able to avoid scandals, making him even more popular. Recently he tried to switch the cute pop idol image for a more serious adulthood, something heard in song Brinner i bröstet, which has a pop influence, but a much more earnest and solemn tone with backing instrumental and clear vocals.

Chic rapper Linda Pira is one of the top female hip-hop artists in Sweden right now, and with her tough and powerful image she is distinct in her area of expertise. Also outspoken about women’s rights and the struggles with being a female artist from the suburbs, she isn’t afraid to empower and inspire. She has won several national awards, and the remix of her song Knäpper mina fingrar featured only female rappers, to encourage the idea of female artists supporting each other and daring to step up. 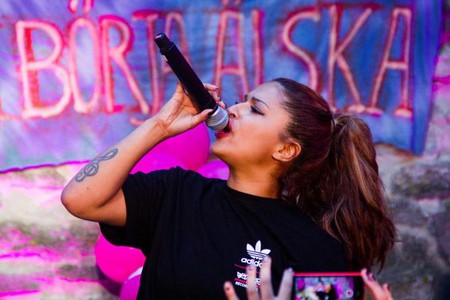 Indie-artist Oskar Linnros is not only a singer, rapper, and songwriter, but also a producer, making him not very active in solo performing, but famous in the music industry. For instance, as then boyfriend of Veronica Maggio, he contributed and produced her second full-length album back in 2008 before breaking up. On his own he has released two albums, most recently one in 2013, which received large positive criticism. With songs like Hur Dom Än and Från Balkongen, he uses a wide variety of styles, including pop, soul, and some hip-hop, making his music fairly unique. 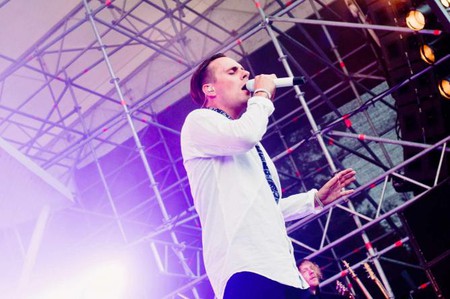 After bringing home the trophy of ESC in 2012, Loreen became hugely famous almost over night. She partook in Idol back in 2004, yet did not catch any attention, and went on rather unnoticed in the public eyes until eventually winning hearts and ears all over Europe. Euphoria quickly became both a national and international hit, placing in top three in over 25 countries’ charts. After her huge success she hasn’t been very active in media, but continues to record dance pop with strong electronic influences.

One of the most recognized Swedish musicians, Håkan Hellström has been actively performing since 2000, and is today close to a national cultural icon. The majority of his hits are very personal; discussing love, loneliness, and sadness, and are most often connected to city Gothenburg, where he grew up. He has since his start had seven number one songs in the national hit lists, and sold a little less than half a million records. If the mainstream teenager listened to Darin in 2005, the edgier teen listened to Håkan, yet listeners of all ages have always appreciated his music. The song genre has varied throughout the years, but is mostly close to rock and indiepop, with hints of synth and punk.

Norlie & KKV is a hip-hop duo formed in 2010, when the two then teenage boys went to high school together and decided to record a song. They have a hip-hop sound mixed with an upbeat sound, creating parallels to pop as well as rap. Nationally most famous song is Tröjan du hatar, yet current most popular song is Ingen annan rör mig som du; which both have messages about breakups and confusing love. Also known for their energetic live performances, they usually tour Sweden, but are now heading out on a Scandinavian tour this 2015 fall.