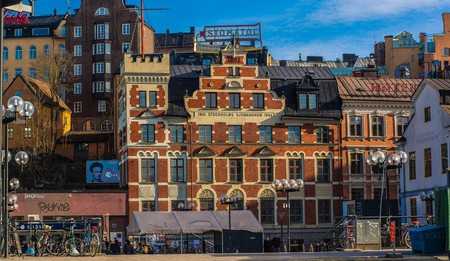 Stockholm is a dynamic city that always seems to be looking to the future and appears to be often at the forefront of technological developments. Whether it is by having one of the first self-driving buses in Europe, by fostering an atmosphere that has given birth to startups like Klarna and Spotify, or by investing in smart technology to create a more healthy city, Sweden’s capital is always moving forward.

Stockholm looks both forward and backwards

However, it is also a city that loves nostalgia and one that celebrates its past. The old town, Gamla Stan, seems like a perfectly preserved throwback, with its small windy streets, its buildings that date back as far the 13th century, and even a restaurant that was first opened in 1722. You can feel the history as you walk through the streets. 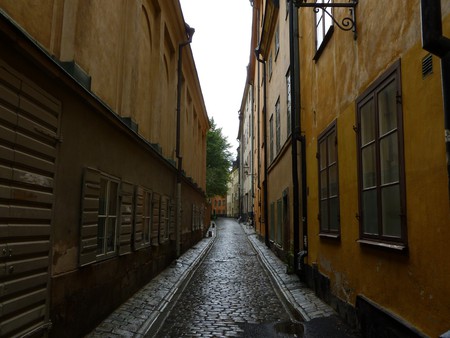 Stockholm also has a thriving antique scene, with several fantastic places to pick up all manner of classic items. Whether you are looking for vintage clothes, amazing lighting accessories, or pieces of Scandinavian design, Stockholm caters to everyone who is looking for a slice of the past. It is a city that is not afraid to look back on its history and consider the different periods that have shaped and changed it and its residents.

One of the places where this drive to the future and reverence for the past collide is in Slussen, which is, in essence, a junction between the island of Gamla Stan and the island of Södermalm. Södermalm, in contrast to Gamla Stan’s old-town charm, is the centre of contemporary cool in Stockholm. It is the kind of place where a hip new bar or trendy café springs up every week. One particular part of the island, So-Fo, is Stockholm’s answer to Shoreditch in London or Williamsburg in New York. 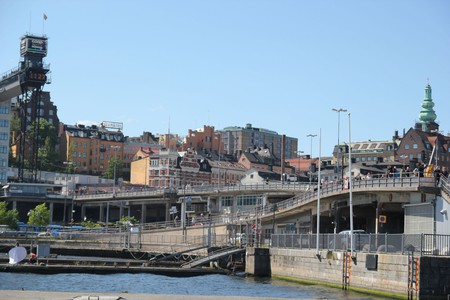 Slussen is a real hub between two islands | © Photocapy / Flickr

Slussen bridges the divide between the two and is a buzzing transport hub, where dozens of buses stop, where two of the main metro lines (as well as one overground line) connect, and where boats that sail off to all the different parts of the city dock. You can stand outside the metro station and see Gamla Stan in one direction and Södermalm in the other.

One of the most recognizable sights in the area also manages to combine a desire for the cutting edge with a reverence for the past. It is a landmark that was revolutionary when it was first installed and it has now delighted Stockholmers for over 100 years. 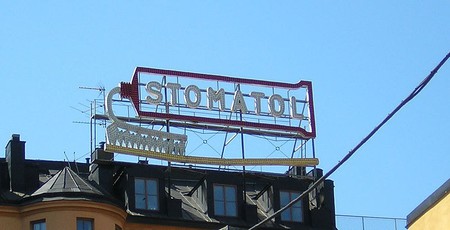 Who knew brushing your teeth could be such fun?

In 1909, Swedish toothpaste company Stomatol wanted to find something new and exciting to sell their product. Their aim was to show that they were a forward-thinking brand who were embracing the new ideas and technology of the 20th century. In order to stand out from the rest of the crowd, they decided that they would install the first animated neon sign in Sweden. Not only would it light up, but it would also light up in a way that made it look like an animation.

It was was a totally new experience for Stockholmers, who were delighted as they watched the sign light up. First, the outside of the tube lights up, then each letter of Stomatol, before finally the toothbrush illuminates, ready to receive the toothpaste, which is then slowly squirted down a tube and onto the waiting brush. 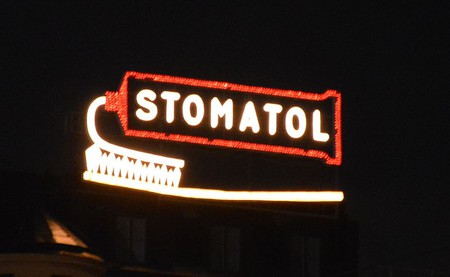 If it sounds simple, that’s because it is, but the technology behind it is interesting. Many of the neon signs that we are used to seeing are made with tubes, but this sign is made up of numerous light bulbs that are lit up in sequence. It is an amazing feat of engineering and that is partly why it has remained in place to this day.

It is a great example of the optimism as well as the desire for modernity in Stockholm during the early 20th century. It has been joined by other signs on Slussen, including famous adverts for newspapers Dagens Nyheter and Express – but it will always be the first, and will be cherished because of it. 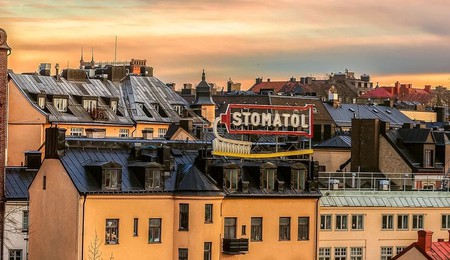 So if you are ever on the metro in Stockholm, make sure to hop off at Slussen and take a look at the sign that Stockholmers have taken to their hearts.