This App Allows You to Light Up the Stockholm Sky 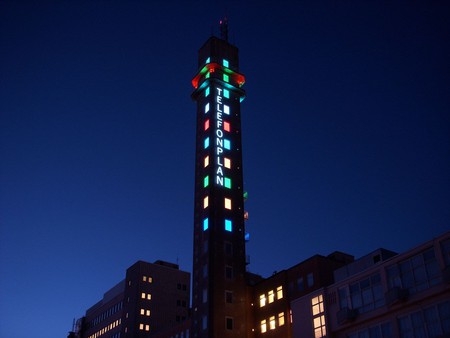 Stockholm is a city that has always loved and encouraged the installation of public art. Alongside its superb galleries, such as Moderna, Fotografiska and Fargfabriken, Stockholm treats its citizens to art on the streets, on its buildings and even down in the subway.

Each day, both locals and visitors flock to see the statue of musician Evert Taube on the island of Kungsholmen and the incredible SHH, QUIET, LISTEN sculpture on the Royal College of Music building. Everyone’s daily commute is always enlivened by the art that adorns the walls of over 90 of Stockholm’s subway stations.

An innovative art installation in the southern part of the city aims to go further than just giving people something to look at, by giving people the opportunity to participate in and to influence the art itself. It was first opened in 2006 as a temporary project and ran until 2007. However, it proved so popular and became such an important part of the Stockholm public art scene that it was brought back in 2011. Since then, it has been a permanent fixture right by Telefonplan subway station.

Called Colour by Numbers, it was created by a collaboration between interaction designer Loove Broms, architect Milo Laven, and artist Erik Krikortz. They wanted to turn a disused tower in a part of Stockholm, once the headquarters of Ericsson, into something the public could enjoy. They, therefore, decided to install lights of different colours into the old tower and set up a system that would allow members of the public to change the lights and thus feel as if they were controlling and contributing to the art they were seeing. 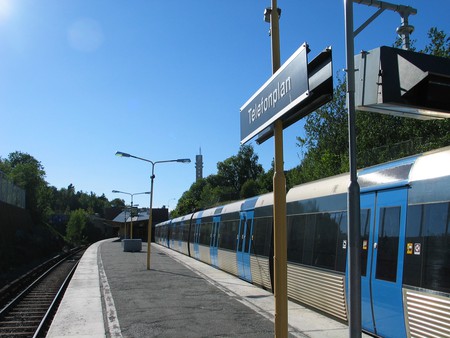 Initially, you had to call in and use a number in order to control the tower. The year 2006 was a time before apps, and the internet wasn’t something many people carried around in their pockets. People could use their phone keypad to indicate which of the nine floors they wanted to light up and what colour they wanted it to be. This might seem cumbersome now, but it was popular enough that the tower was featured widely in the Swedish and international media as well in a number of novels about the city, including Arne Dahl’s book Himmelsoga which proved to be very popular in Sweden. The fact that you could choose how to light up the night sky was something Stockholmers and tourists absolutely loved.

After initially closing in down in 2007, it became clear that the project was popular enough to be continued, and when it was relaunched, it came with an app that made it far easier to control the tower lighting. You can still phone in and use your keypad, but the app makes it much simpler and far more 21st century. It has continued to grow in popularity and was even featured on the very popular show Travel Man, where host Richard Ayoade and actress Sally Phillips travelled down to Telefonplan in order to visit the attraction. You can even see what is currently happening at the tower using the live stream.

Along with giving Stockholm another exceptional piece of art that be can be enjoyed by everyone, it has also brought more people to Telefonplan. This is a part of Stockholm that was once bustling and busy, but when Ericsson moved to Kista (Stockholm’s silicon valley), Telefonplan in the south west of the city had little left to attract people. The tower has created more opportunities and now one of Stockholm’s best hamburger places, Svenska Hamburger Koket, is located here. There is a broad selection of beers to enjoy with the brilliant burgers. 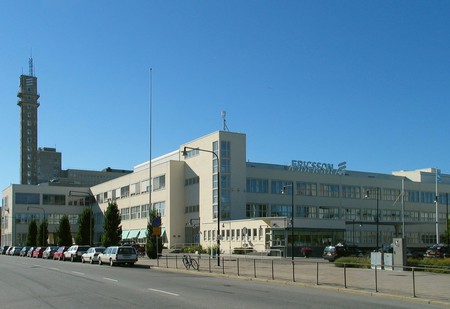 One of Stockholm’s most well-loved alternative clubs and restaurants is also just steps away from the tower. Landet has even been reviewed by The Guardian, such is its popularity. With its excellent food, as well as a dance floor where you can groove to indie and alternative music, it is a superb place to visit. The Swedish University College of Arts has also decided to take over several buildings in the area. Of course, not all of this is because of the tower, but it does seem to have helped put Telefonplan on the map again after the area lost of one of Sweden’s largest companies.

A visit to the tower can now be more than just a quick jaunt down to the south of the city. You can spend a whole evening in the area with wonderful places to grab some food and dance the night away. Essential maintenance is currently being carried out on the tower, but it will be back lighting up the Stockholm sky in the new year. The opportunity to participate in a great art project is very special, and something that has made a real difference in Sweden’s capital.